Jessica lost her baby before she could bring her home. Now she’s sharing her story with Hollie Strano: Secret Recipe

Jessica, a close friend of Hollie Strano, had a sudden stillbirth. Now, she's sharing her experience to help others. 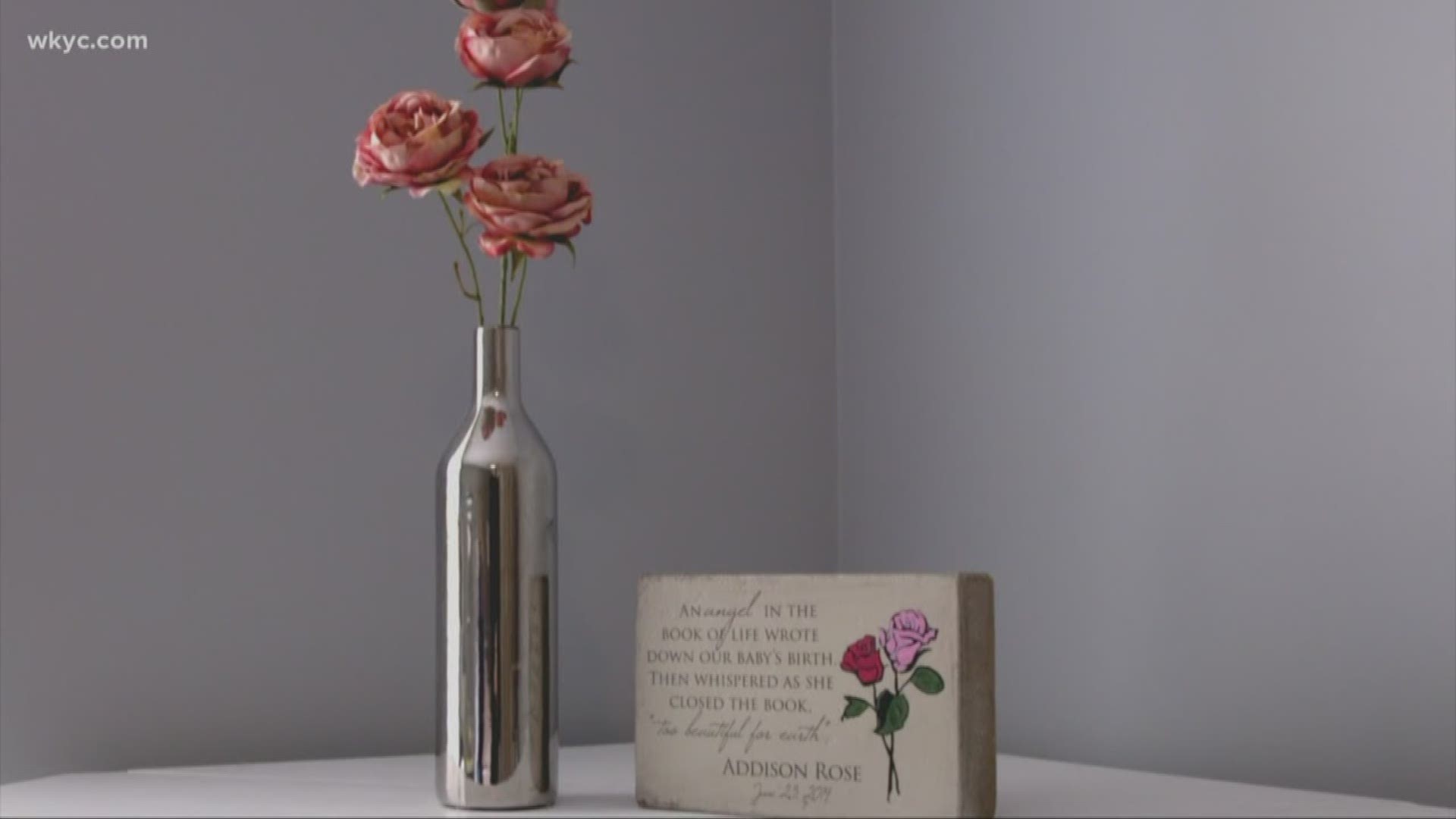 CLEVELAND — Scroll to the bottom of this story for the recipe and an extended version of this interview.

Everyone has a special family recipe. That favorite go-to dish when they crave feelings of comfort, nostalgia and love. And, every family faces their own challenges. Struggles such as mental illness, addiction, financial strain and loss are universal. They touch families from all walks of life.

Food brings people together, and as we are invited into a family’s home to cook a special meal, we will also have an intimate and honest conversation about the real struggles this family is facing.

By sharing real stories and opening up, other families can relate, learn and feel a little less lonely.

Jessica Dombos is a good friend to 3News Meteorologist and a former 3News employee. She wrote the following:

The soul-crushing words every pregnant couple hopes they never have to hear. But we heard it. And it plays in our minds over and over again.

My husband, Dan, and I are planners. We waited until we were absolutely ready for a child and we were soon excited to find out we’d be welcoming a baby girl! We were having a healthy pregnancy and were well into our second trimester when everything changed in an instant.

I unexpectedly went into early labor, the contractions came quickly and I began to bleed, so we rushed to the nearest hospital. Soon after we heard the doctor say there’s no heartbeat, I knew I was about to deliver our child knowing she was gone and that we’d never hear her cry or get to take her home.

I gave birth to Addison Rose in a critical care ambulance on the way to our delivery hospital while my husband followed in the car. The worst case scenario became our reality and we later found out it was a placental abruption. She had been totally healthy until my placenta detached from my uterus. I had none of the risk factors. It just happened.

Dan and I are sharing our story in hopes of helping others going through similar situations. Slipping into darkness is so natural a response with a loss so great. While you’re in the thick of it, nothing anyone says will help. It doesn’t seem like there’s light at the end of the tunnel. We had a strong support system, but we felt alone. We were praying the pain would subside. I felt like an elephant was sitting on my chest all the time. No one should have to go to a funeral home and pick out their child’s urn.

Grief is messy. It’s raw and it’s real. I didn’t handle it gracefully and I’m not going to pretend like I didn’t cry and yell and blame myself. Every day, I now wake up and make the decision to get out of bed and take baby steps to overcoming this nightmare of child loss and postpartum depression. Small victories are big these days. After a few months, the clouds started to lift a bit. Then a bit more. The sky isn’t quite blue yet, but we’re now seeing it will be again one day. We have even decided to begin trying to get pregnant again.

RELATED: Struggling with your mental health? These resources are ready to help

It’s so common to lose a pregnancy, yet so taboo to talk about. When those who have lived long lives pass away, we honor their memories and openly grieve for the past. When babies get their wings, we silently grieve for the future. It’s our sincere hope that there is a shift and that pregnancy and infant loss will be talked about more in our society because so many people go through it. We have had many people reach out to us and share their own stories of loss. We had no idea so many people we know have lost pregnancies. Some have their own stillbirth stories similar to ours. They too held their babies but had to leave the maternity ward without them.

If you’re a bereaved parent, your loss matters. We see you. We feel your pain. You are not alone. Dan and I know it’s a club no one wants to join, but if you’re forced to be a member, know that you’ll find lifelong supporters. When you’re ready, reach out to others. Join a support group. Talk about your grief and talk about your child. Your baby may not be physically with you anymore, but they will always be your everything.

If you love a bereaved parent and aren’t sure how to be there for them, use their baby’s name. It’s the greatest gift you can give.