During a recent edition of NBA on TNT, O’Neal revealed just a tad of the back story behind the now viral moment. 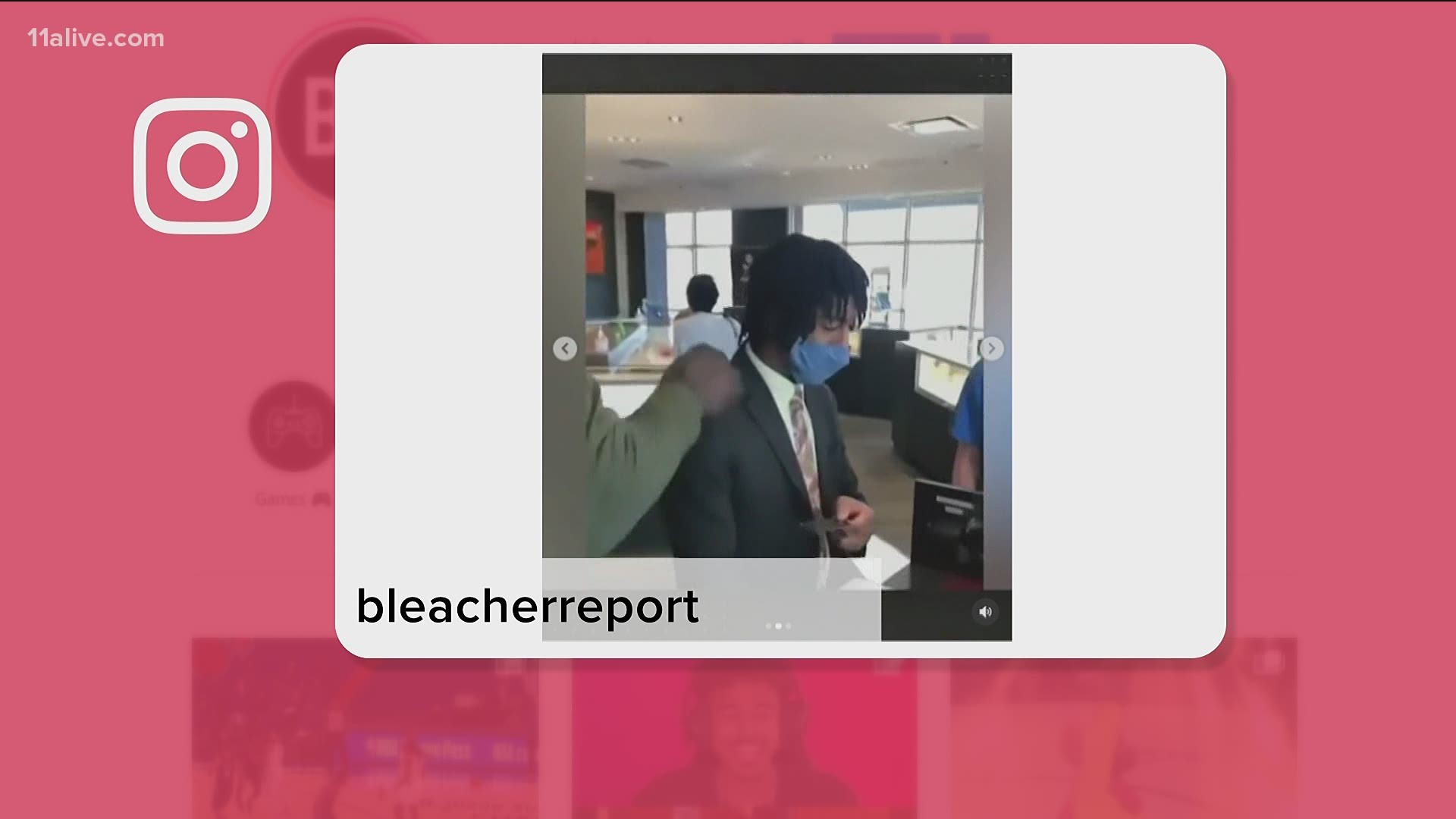 ATLANTA — Shaquille O'Neal made another person smile this week. The former NBA superstar surprised a man in McDonough who was at a jewelry store on Monday purchasing a ring in order to propose to his girlfriend.

The jaw-dropping moment was captured by Shaq's friend, Chaz Cherry an employee at Zales in McDonough told 11Alive.

Cherry also shared his excitement about the kind gesture in the comments of the viral social media post.

"He told me his budget and picked out two rings that were within that budget. The only problem was that the sale to keep it at that price range ended that day and the next day the price was gonna jump back up to a little over his budget," Cherry said.

As the customer went outside to make a phone call, Shaq walked around the corner from a restaurant and came into the store, Cherry said.

"When the customer came back in he asked if he could put a down payment and hold the ring for him at that sale price," Cherry said.

Shaq heard the man ask Cherry that, asked him how much the ring was, then handed him his card and said “don’t worry about it I’ll take care of it," Cherry told 11Alive.

During a recent edition of NBA on TNT, O’Neal revealed just a tad of the back story behind the now-viral moment.

“I’m into making people happy so whenever I leave the house, I try to do a good deed every day. It was a young guy trying to pay for his engagement ring on layaway. I said, ‘you know what….tell your girlfriend I got and I’ll take care of it,” O’Neal said. “At first he didn’t want to take it. I said don’t worry about it. I do it all the time. I’m just trying to make people smile. That’s all."

The picture of the unidentified man has begun circulating online with tons of people cheering for both men.

.@SHAQ saw this young man buying an engagement ring and decided to pay for it 👏

Throughout the years, Shaq has given back to communities in Georgia with his random acts of kindness.

Back in December, the basketball legend, entertainment icon, and general larger-than-life personality brought his talents to the Henry County Sheriff's Office taking on the role of director of community relations.

Days before the announcement, he provided more than 800 children with gifts just in time for the holidays.

The man is set to pop the question in May, he told the store employee.