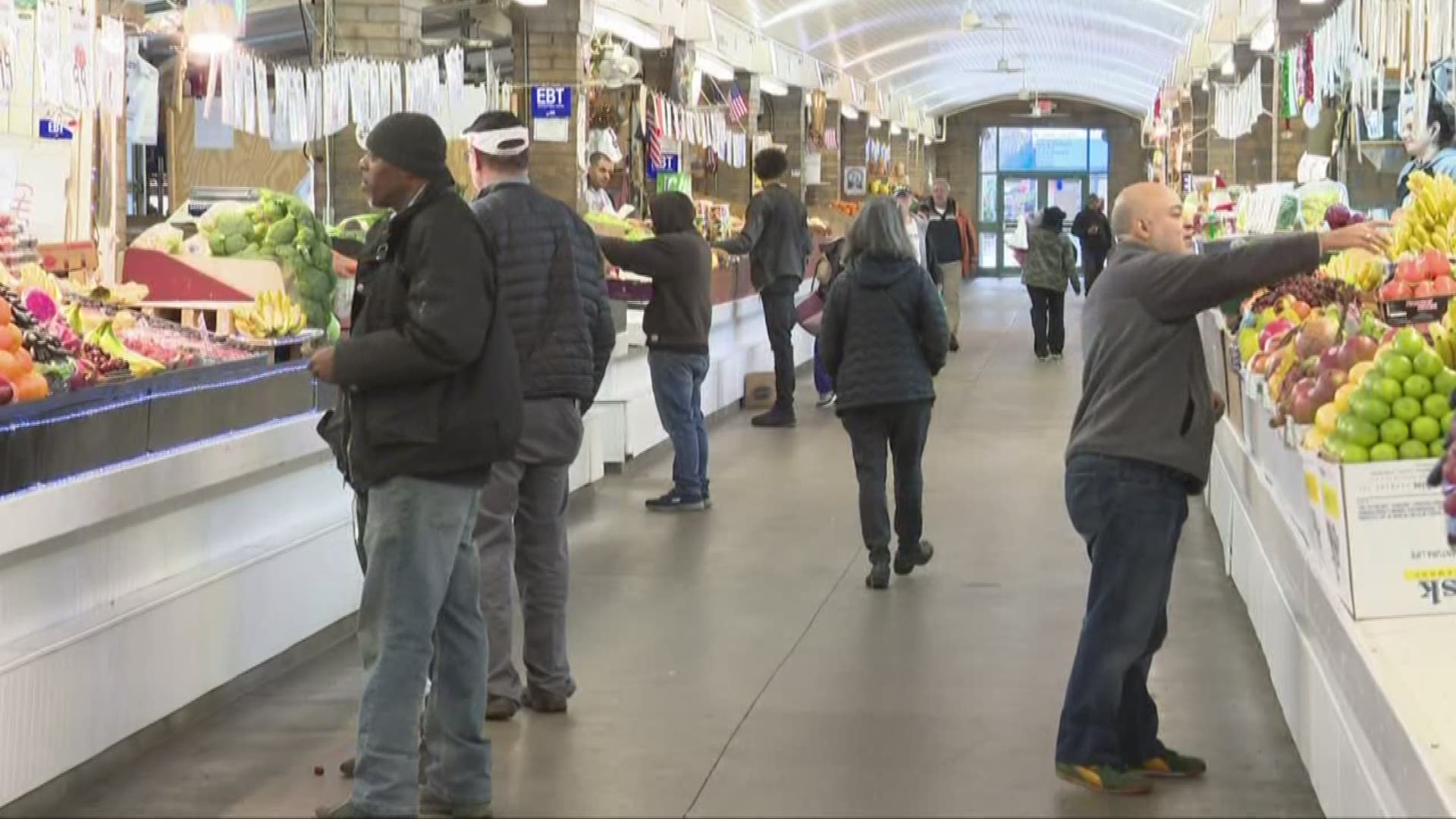 CLEVELAND — Vendors remain upset with the slow pace of improvements at the more than 100-year-old West Side Market.

But it’s not just the outdated electrical system, the malfunctioning coolers, damp and moldy basement or broken elevators. Some vendors could fill a lunch hour talking about the structure’s physical problems -- and the city’s broken promises to fix them.

The real issue, some vendors told 3News, is the city’s failure to embrace a new way of managing and marketing the landmark, which still offers fresh meats, fish and baked goods.

Don Whitaker, president of United West Side Market Tenants Association, said Darnell Brown, the city’s chief of operations, has agreed to explore dramatic changes. Among them: adding a customer hub – which would function as an onsite concierge – and bring online shopping to the market.

“People have to be educated on how to shop down here,” said Whitaker, who’s sold meats in the market for the last 29 years. “It’s different than a grocery store.”

Whitaker said he envisions people placing orders in person or online and then visiting nearby restaurants and bars.

“You come here, and you got all these bars and restaurants and you do your shopping.  It’s like a coat check, you put in your bags, and go have a beer and go to the restaurants and come back …. It’s part of the evolution you have to keep up on.”

Whitaker also said that city is seeking to hire a marketing firm to better sell the market experience in the fast-changing grocery market in Cleveland. He said a study by a Cleveland State University class found “everyone in the city loves the market, you just have to remind them about it.“

Several longtime vendors are leaving when their current leases are up, vendors told 3News. They declined to speak on the record.

Exactly how many vendors will be left in 2020 is unknown.

Mayor Frank Jackson’s office refused to make someone available to talk on camera. Instead, his office posted on Facebook an interview with Brown conducted by a member of his press staff.

3News is not using material from the interview because reporters were not present to ask questions.

Spokeswoman Latoya Hunter did confirm several issues, including that the city is considering creating an online shopping program.

The city has said it has invested millions in the market in recent years, most notably to the market's parking lot, which now charges $1 per hour, after 90 minutes of free parking.

Vendors’ reaction to the parking changes remain mixed. One vendor, who did not want to speak on record, citing his lease’s prohibition on talking to reporters about market issues, said his older customers have stopped coming because of the paid parking, and the poor communication about the free time.

The parking gates have also slowed traffic entering the market from Lorain Avenue, which creates congestion on Saturdays, the markets busiest days.

Whitaker said the city is promising to change the gates and traffic pattern entering the market.

A couple of produce vendors pulled 3News aside Monday and shared photos of the market’s basement. These included images of the coolers’ thermometers, which were showing temperatures below those prescribed to keep the food cold. Other photos showed leaky ceilings and discolored walls.

The city has said it’s completed a capital assessment of the building and is in the process of awarding a design contract for over $5.5 million in planned improvements. This includes upgrading the electrical system.

RELATED: New money for the West Side Market, same old issues for tenants moving out