Cutting ties with the NRA: Smart business? Or bowing to gun control pressure?

Companies like Walmart and Dick's Sporting Goods are changing their policies about gun sales. Will they suffer a public relations backlash? 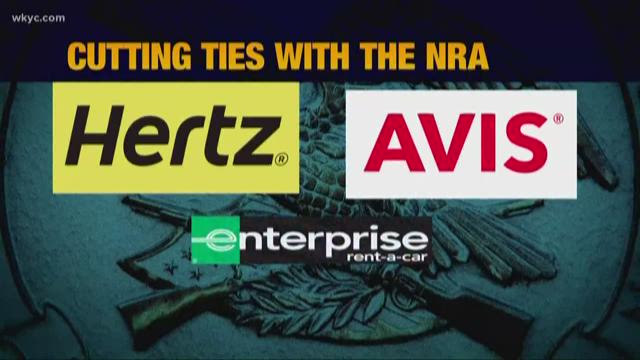 Since the Parkland shooting, there's been mounting public pressure to control the sale of guns.

Some companies have cut ties with the NRA and changed their policies. The most recent – Dick’s Sporting Goods. But is this smart business?

Well it was a bold move by Dick’s. Two weeks after the school massacre in Florida, they are ending the sale of all guns to people under the age of 21 and extending the ban already implemented on assault-style rifles and high capacity magazines to its Field & Stream stores.

In a statement, the company said, it “supports the Second Amendment” but they “have to help solve the problem that’s in front of us.”

On Wednesday evening, Walmart announced that they are also stopping the sales of firearms and ammunition to those under 21.

This follows a number a major corporations cutting ties with the National Rifle Association, despite backlash from gun rights groups which have been very successful in getting their candidates elected.

"Putting window dressing on things and not coming up with a solution is a disservice to people who die," said Jim Irvine of the Buckeye Firearms Association.

It can also be a public relations problem.

A recent poll by market research company Morning Consult, shows the favorability ratings of several of the companies who cut ties have declined by double digits.

"I think they are doing the right thing at the right time," says public relations go-to-guy Rob Falls.

He happens to be a gun owner, but says, as long as these companies can defend their positions they'll be fine.

And those voices are not going away, with survivors of the shooting planning a “March For Our Lives” protest in Washington next month.

"We will not falter, we will not stop this movement,” said one student protestor.

It should be pointed out though, that no federal gun control legislation has been passed in the last quarter of a century.

So movement or not, this is still a tough battle for these activists.