Online fashions that are fooling shoppers with bargain prices

"What you see is not what you get." 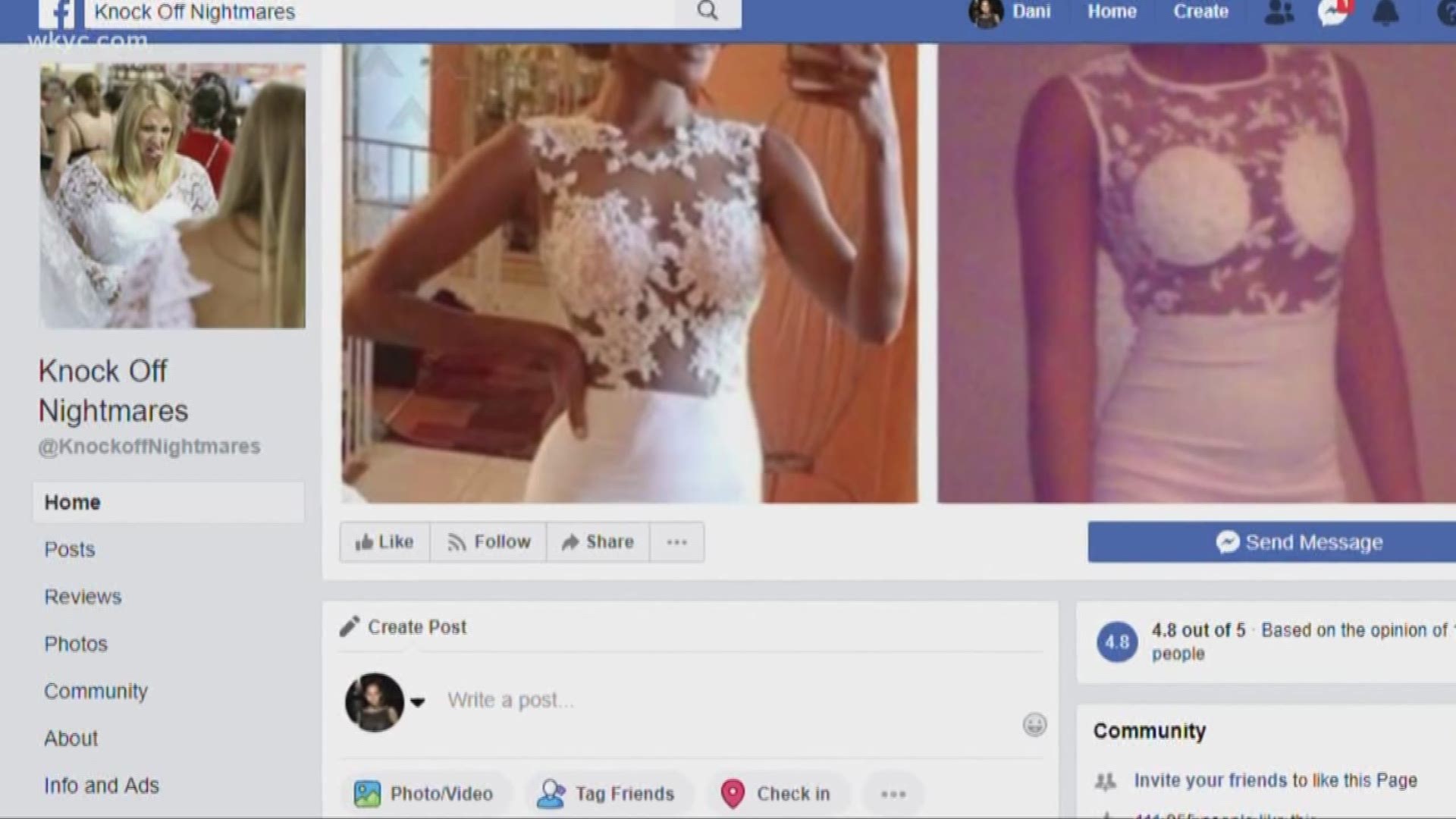 Cleveland — I don't know if this has ever happened to you, but there have been times when I'm online, and up pops these gorgeous dresses that cost as little as $30.

You’ll see them on Instagram, Facebook, and when you're just browsing the internet. They have names like DressLily, Sammy Dress, and RoseGal, offering the hottest clothing from the hippest designers all at a fraction of what the sell for at retail. Some of them are even being sold on reputable sites like Amazon.

Brandy Wine Rankins reviews hair and makeup on YouTube. She got a big surprise when she ordered a wig from DressLily.

"Because of the quality of the pictures," she told us, "I didn't think it was cheap."

But more than 45,000 people saw the review and she says she found out, "People have ordered it, it wasn't what they thought it was. It was a white part so it looked completely unnatural."

Yet the social media sites for these companies have millions of followers and likes. Online reviews, though, tell a different story.

We found thousands of complaints on virtually every consumer website, from people who say their items never arrived, the clothing was cheaply made, or the customer service was nonexistent. There are even Facebook pages like “Knockoff Nightmares” and “Scam Alert” warning shoppers of these online companies.

Michell Offutt, who runs one of the warning sites, told us, "They're just raking in the money because people buy something, and they don't return it because it's too expensive."

Betsy Kling ordered a coat, and I ordered a sweater from one of these companies. Neither was like the clothing we saw on the site.

We found several of these sites are tied to the same company based out of China, which we emailed, but got no response.

"There's no way to stop it," Offutt said. "It doesn't matter how many times you report them on Facebook or Instagram. The amount of money they spend in advertising alone, they're not going to take it down because we got ripped off."

And the people behind these sites are savvy, accused of stealing pictures of dresses from across the web, which is a whole other issue.

A professional event photographer from New York told us a picture he took of a woman in a dress, was lifted by Sammy Dress to use on its site. Designers and clothing store owners also say pictures of their dresses are ripped off all the time.

"They just take it off Google images and upload it to their site and pretend it's our dresses," an investigator for the designer Sherri Hill said.

Maybe it’s not such a big deal when you're out only $50, but it's another thing when you're spending several hundred on something like a prom dress.

Alexandra Marschall thought she ordered a beaded dress which looked exactly like one sold by the expensive designer Sherri Hill. It was much less expensive, but instead of being beaded, it arrived with a "bag" of beads and a sewing kit. A week before the big night, she had to buy a new dress and spend hundreds more.

Now, I named just a couple of sites in this story, but there are new ones popping up all the time. To see if a site is connected to one of these companies, head to one of the scam groups listed below.

We reached out to Amazon to ask why they allowed those companies to sell dresses on the site. They declined to comment.

Facebook sent us the following statement about the ads from these companies on their site:

"We’re committed to getting better at preventing bad actors, by improving the information used to identify them earlier and banning certain Pages from placing ads with low customer feedback ratings.

"We welcome people to report ads they may find suspicious. Simply tap the top right corner of any ad and select, Report Ad. When we find ads that violate our policies, we move quickly to remove them.