Retailers are cracking down on their return policies; here's what you need to know

Stores have implements a new set of rules when it comes to returns. 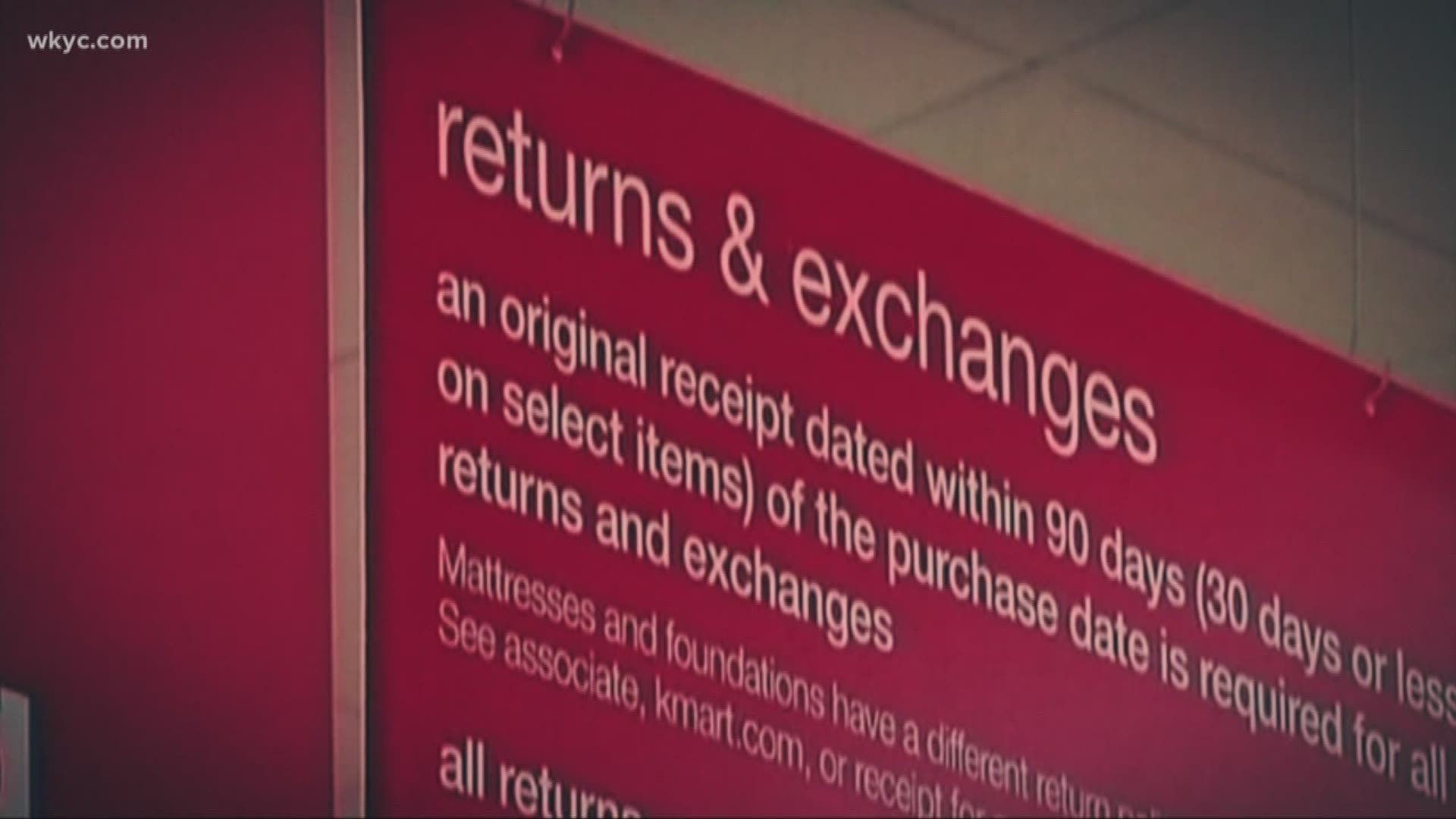 It may not be so easy this year - to return it.

Whether it's from scammers bringing back items they never bought or shoppers taking back too much, as Consumer Investigator Danielle Serino tells us, stores have set new rules of returns

Their liberal return policy is so legendary it’s inspired books.

You know, the company that once took back used tires, even though it doesn’t sell any.

But, like many retailers these days, even Nordstrom has had enough of repeat and fraudulent returns; which hit 24 billion in 2017 according to The National Retail Federation.

Yahoo Style reports that Nordstrom says if it feels as though the customer has taken advantage of their return policy, they may ultimately decide to stop serving them.

Other retailers have reduced their once unlimited return window to ninety days or less.

Megan Moran, a wardrobe stylist and owner of The Style Foundry says it pays to look around.

"The most generous stores give you almost unlimited time. But that's unusual," said Moran.

Here in Ohio, sellers aren’t even required to take returns. But if they do, their policy must be clearly and conspicuously posted. And not just on the receipt.

If they don’t comply, you can get a refund.

So 3News did an informal check, looking for signs in two department stores and three chain retailers.

Three of the five did not have return policies at the register, and neither department store had signs at the makeup counters. Of the three chain retailers, only one had a large, easily readable sign. Another had a sign you might consider ‘conspicuously’ displayed. But the third had a sign so small you would need a microscope to read it.

"Before you even go to the store, just go on their website, that's going to have the most up to date information,” she says. “It's going to tell you exactly what's going on for the holidays because their return policies do change for the holidays versus in some of these stores and there's nothing posted yet," advised Moran.

That’s especially true with sites like eBay and third party sellers on Amazon.

The most important thing to find is the return time frame-- especially if it’s a gift.

If you were the one who bought it, not only bring your receipt; but your identification and original payment method.  Some stores require that for refunds, instead of a store credit. Some won’t take it back at all.

Also, be aware some retailers will not want you to return the gift unless it has the original tags, and sometimes the original packaging. Some items, especially electronics, have very restrictive return policies or restocking fees.

But if you don’t have to rush back, wait until January. That way you won’t be spending your day standing in a long line.