Where can you find the best price for 4th of July cook-out supplies?

We hit the stores in search of the best deals 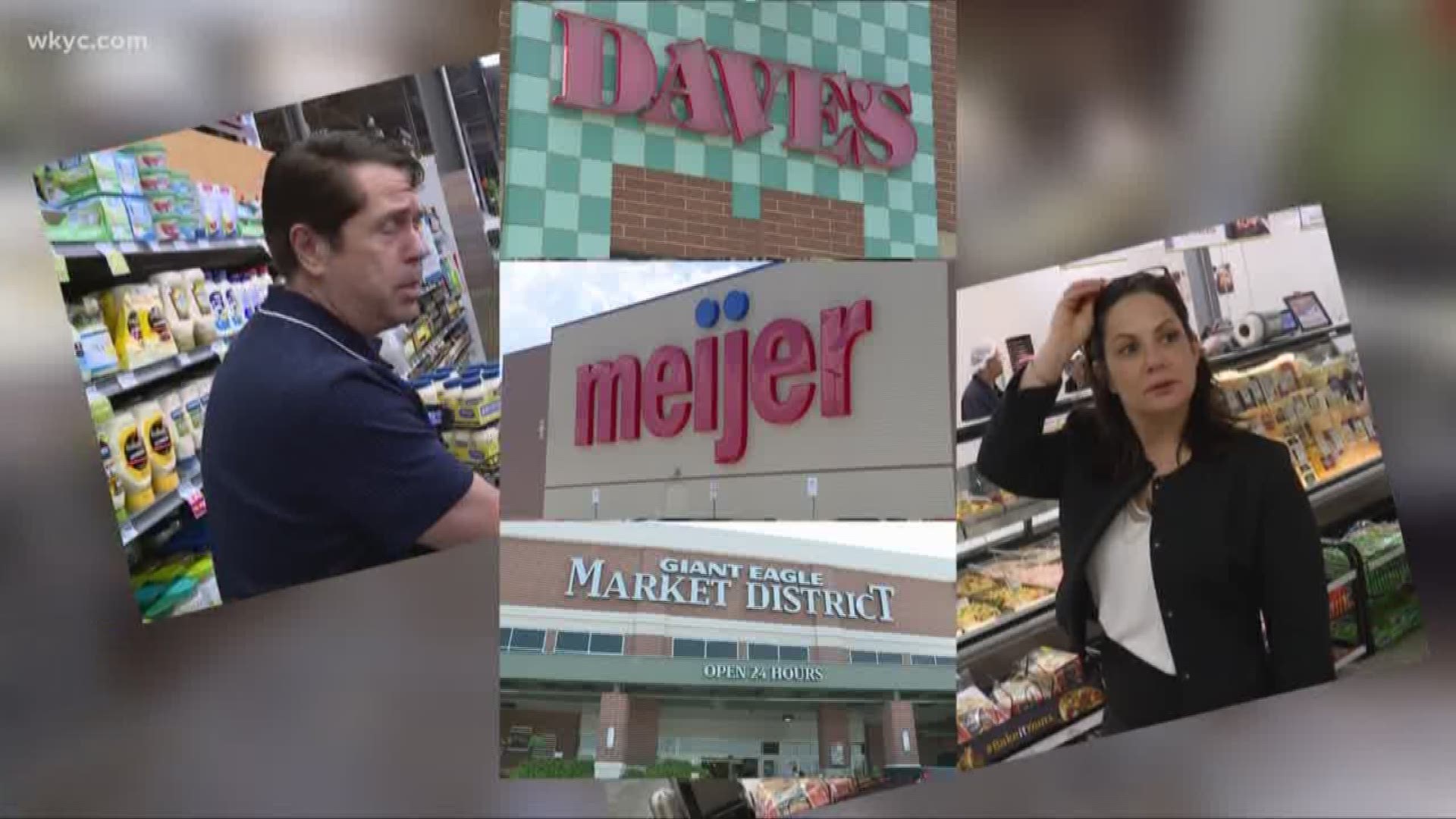 CLEVELAND — Shopping ahead of holidays can be quite the task.

But WKYC's Danielle Serino and producer Chris Cantergiani were up for the challenge and on a mission. The two visited three major grocery chains, Dave's in Ohio City, Giant Eagle in Strongsville, and Meijer in Avon to compare their costs on products for a July 4th party.

They picked up the 4th of July essentials: Ball Park Franks, store brand buns, French's mustard, and Heinz ketchup. They splurged on some deli counter egg salad and seedless watermelon. All the same sizes and all on the Friday before the holiday.

So whose prices stole the show?

Giant Eagle's bill was the highest at $20.20. Even though their prices were cheaper on everything but the watermelon, the $4.99 for the potato salad is what got them. So given that and those calories, maybe make your own.

You'll need their discount card to get the deals, but it's free. And you get fuel perks for every dollar you spend.

At Dave's, we did a little better, getting everything for $18.81. I don't know why, but the cost of their ketchup is one reason they were higher.

But get this, Meijer matched Dave's tab to the penny-- also $18.81 for everything. However, Meijer is offering a $10 off coupon if you spend $50 which would dramatically lower your bill.

And then there was the issue of the buns. Meijer had another store brand called "Penny Smart" which is forty-four cents cheaper than the Meijer one we bought. And would bring the bill down to $18.37 without that $10 coupon.

So, given how close these stores are in prices, your best bet, shop at your favorite store,come armed with their circular or coupons, check out BOGO (Buy One-Get One) deals, and be willing to switch brands for savings.

And "that" will give you something else to celebrate!

For ways to help you save even more, check out the apps and websites below.