Downtown Cleveland mural is much needed inspiration amid COVID-19

The newest mural on the Jack Cleveland Casino Art Wall is an expression of representation and black excellence. 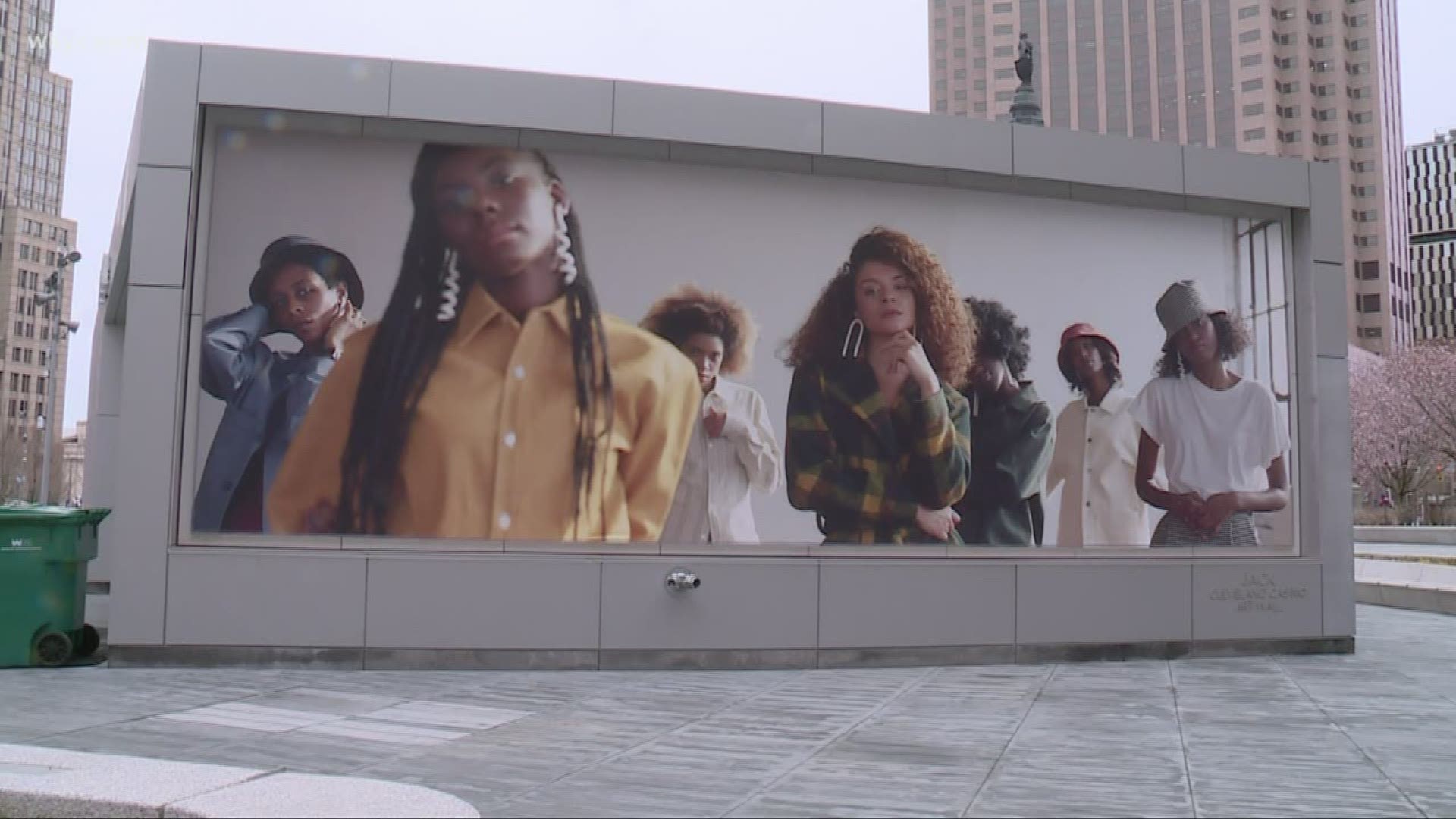 CLEVELAND — LAND Studio, the arts organization behind a lot of public art in Cleveland, is encouraging everyone to find art in the spaces we may have never noticed before in Cleveland, to avoid the monotony of the COVID-19 stay at home order. It's part of their new initiative, "The City is our Museum."

And one of the newest installations in this city-wide museum is full of black excellence and representation. "You are the Standard of Beauty" is the latest mural to grace the Jack Cleveland Casino Art Wall in Public Square. It shows several African American women staring boldly into the camera lense of artist DaShaunae Marisa.

"As an artist, it just gives me a need to create what I don't see, what I think is missing," she says.

22-year-old DaShaunae grew up in Cleveland loving art at a very young age, but didn't really experiment with photography until grade school. She took photos of friends and studied photography at Tri-C. But ironically, something she spotted on a billboard on the way to college is the inspiration behind her latest work.

"I saw a, it was a Pantene hair ad on a billboard somewhere on the west side. That was the first time that I saw African American woman in an ad like that, and it was very beautiful to me and it inspired me. So I wanted to create something of my own that I thought was beautiful to show a reflection of my beauty and a reflection of woman of color," DaShaunae remembers.

She says "You are the Standard of Beauty" doesn't just feature African American models. It reverses all the things she was told as a child. Most of the featured models are proudly wearing kinky or curly hair, a feature DaShaunae was taught to hide as a child.

"I was looking for ideals that didn't fit who I was," she says.

The mural is also very Cleveland-centric. Many of the models live in Cleveland, casted mostly by Cleveland modeling agency Collective Casting. The clothes they wear are from Cleveland-based clothing company William Frederick Clothing. Every part of the mural reflects a part of who DaShaunae is now.

"You should not look outside of yourself for a standard of beauty, no matter what you see on ads or commercials. It doesn't matter, because no one else can tell you what their standard of beauty is. You just have to know that within yourself."

DaShaunae's vision of beauty is striking a cord nationwide. The other photos from the "You are the Standard of Beauty" project that did not make the Cleveland Art Wall are featured in Vogue Italia. They were accepted by the magazine's photo spotlight section. The mural will stay up in Public Square for the next three months, months where freelance artists like DaShaunae will likely be out of work because of COVID-19.

"It gives me time for self reflection and I'm still able to create content, even though its not paid work," DaShaunae says.

She is just grateful to show off her art, at a time when art can do so much for those cooped up at home.

"I'm very, very proud, very excited that I've been able to create something that could potentially inspire a whole lot of people in Cleveland, especially during this time," she says.

To learn more about DaShaunae and see her other work, click here.