Taking care of kids' mental health during the pandemic

As adults cope with the stress of these times, kids are dealing with it too. Experts give their advice. 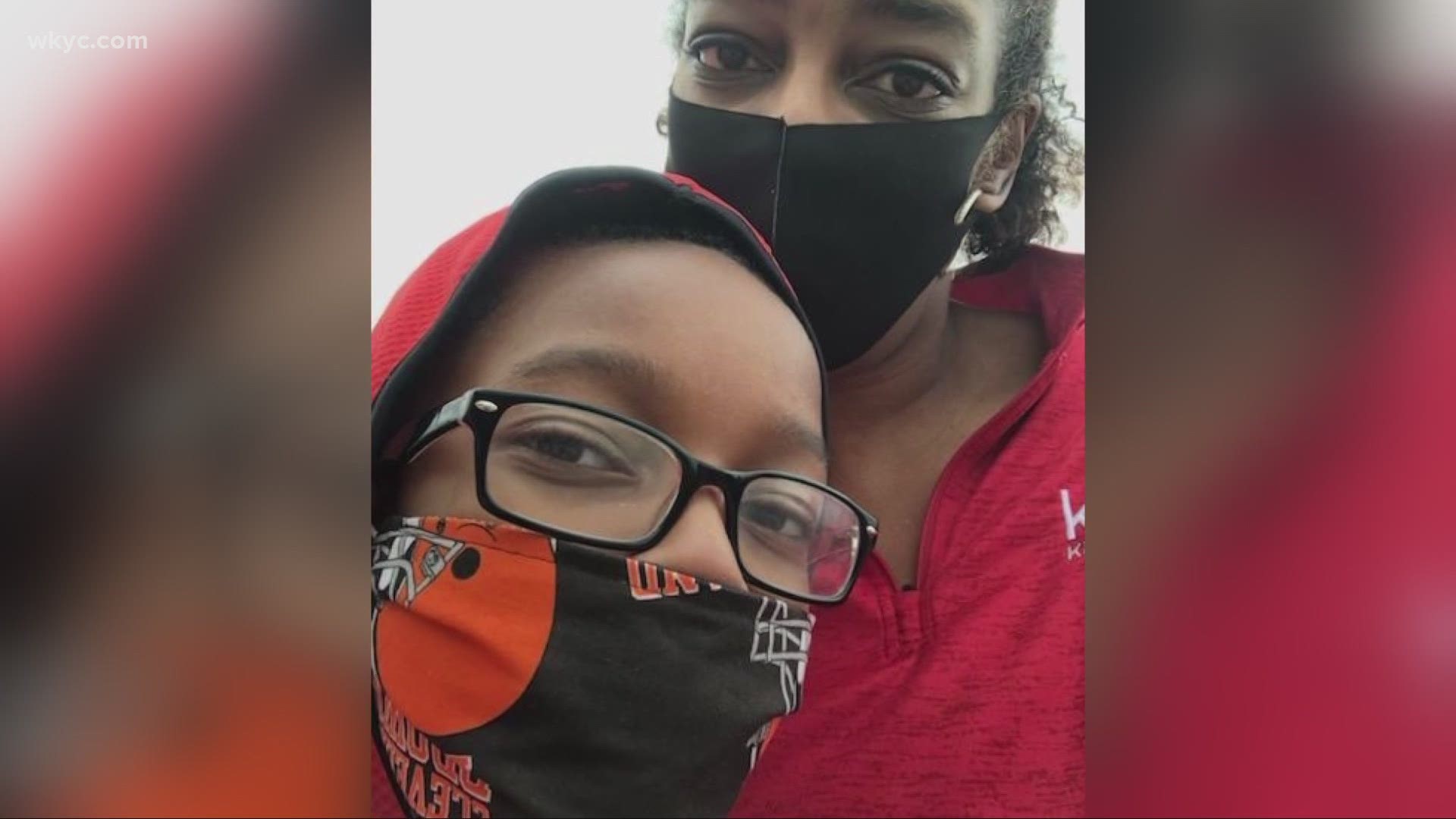 Jenice Borders is feeling what a lot of parents are feeling right now.

"I have [college] degrees. I thought that this was going to be a breeze," she confessed about parenting during a pandemic. The Bedford mother of two sons, ages 24 and 9, ("I know!" she laughs), is worried about what emotional toll the pandemic might be having on her youngest son, Thomas.

"Because he's very social. He plays sports. He plays baseball, he plays basketball, so it's been very, very tough," she said.

Child psychologist Dr. Betsie Saltzberg, from a Mindful Approach in Pepper Pike, said parents should look for warning signs. In older kids, they may include behavioral changes, irritability, and impulsiveness. In kids of any age, headaches, stomach aches, or health issues that worsen could also be red flags. Parents should seek immediate help, if they hear their child express any sentiment of self-harm.

"Either an overt threat of wanting to kill oneself or suicide, or these kinds of declarative statements like, 'I just can't take this anymore,'" said Saltzberg.

Many parents are turning to electronic devices to help keep their kids occupied. "I find myself allowing things that I don't normally allow," said Borders. "He's on his video game a lot, because that's his only social interaction."

If you're worried about too much screen time, Saltzberg has a rule of thumb, for knowing when its too much. "When a parent gets to the point when you pull away the device, and they have a temper tantrum? It's gone too far already," she said.

Child experts also say that kids need structure, so it's a good idea to create rituals in daily routines, like FaceTiming grandparents, having movie night, or taking a walk every day.

Borders laughs about a sign in her office that reads, "Enjoy the Journey."

"I'm trying!" she said, as she burst out laughing. "I'm working on that! It's a good reminder every day."

RELATED: Karen Pence says 'It's OK to not be OK' during the pandemic

RELATED: Recovery and sobriety during quarantine

RELATED: WHO: Drinking alcohol can make coronavirus worse, consumption should be limited

RELATED: Coping with cancer during COVID-19