The Reset Button: How a sabbatical can lead to new appreciation for life's little moments

When Joe Pulizzi had a chance at full freedom, he learned it's the little things in life that he was missing out on. 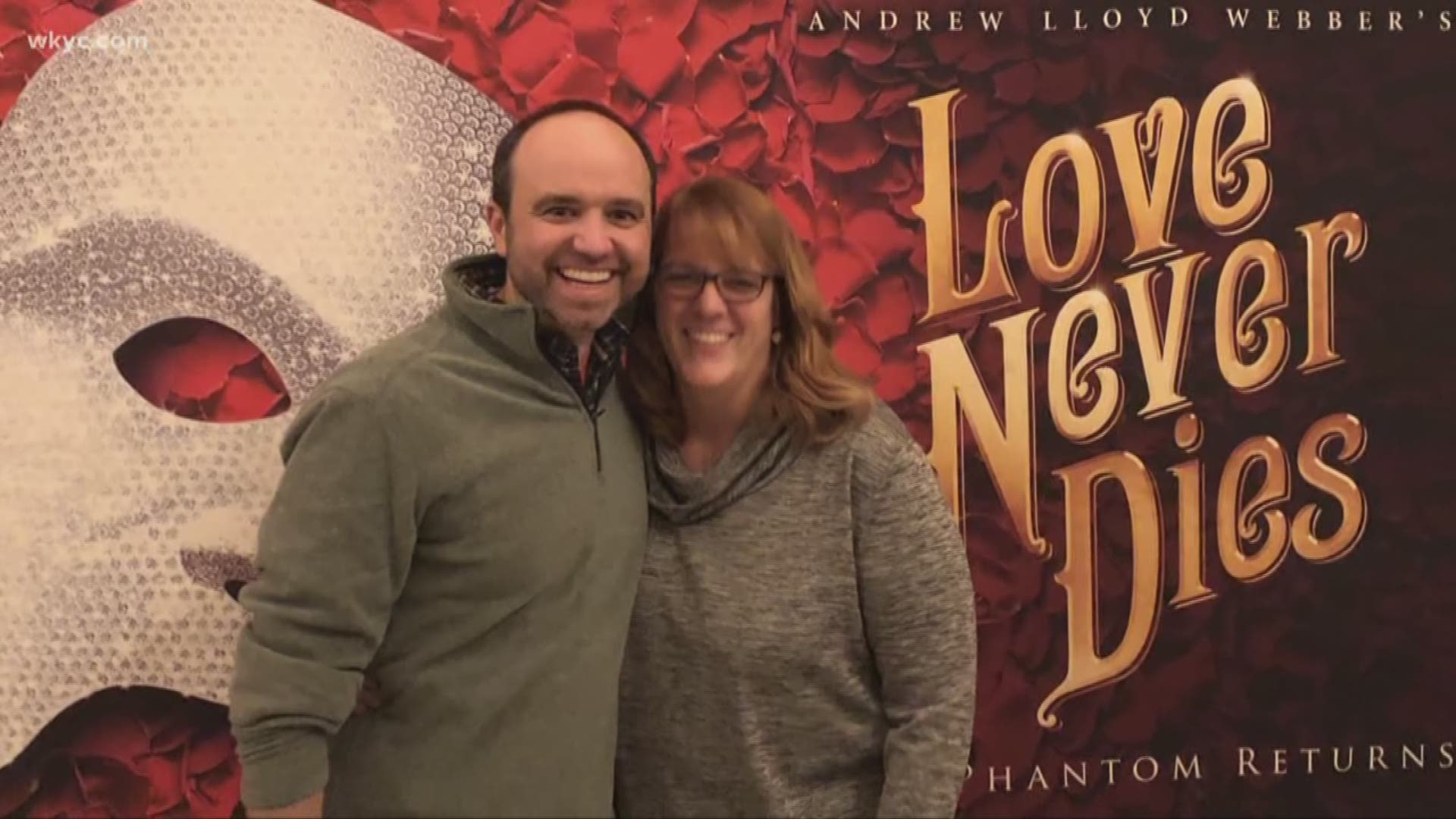 Joe Pulizzi took a gamble just before the great recession: starting his company, Content Marketing Institute, with his wife in 2007.

They help businesses learning how to harness the power of social media to tell their stories and sell their wares. Joe soon became a podcaster turned public speaker, traveling the world teach his techniques.

Over time the Pulizzis devised what would become the largest content marketing summit in the world. Attendees come from more than 60 countries to the Cleveland-based event that draws thousands.

All while building up the business, Joe and his wife, Pam, had a very specific finish line in mind.

Forbes reports the company sold for over $17 million back in 2016.

It gave the couple an opportunity few can fathom: full freedom.

"Everybody's coming up saying what’s your next thing, going to start another company? And I hated the question," Joe said. "I sat down with my wife and said, what do you think if I just took the whole year off? She said that’s fantastic, let’s do it."

His wife remembers what came to be known as a "year sabbatical" a little differently.

"I was really nervous at first," Pam said. "I wasn't sure we could make the adjustment to 24/7 togetherness. Quite a stretch when you're used to being apart Monday through Friday. So there was definitely nerves.

"First of all, people look at you like, 'I hate you, you're taking a year off, are you kidding me?'".

What do you do when you hit life's reset button? Joe explained some of his steps:

"I thought the best way to do that was 30 days no electronics... basically the month of January, no electronics, no internet, no social media, no email. A clean break."

For a guy who wrote books on plugging in, the unplug wasn't easy.

"The first couple days I got to tell you were a little itchy. But, I had to free myself of what I call my chain of a smartphone."

He pinned a tweet that he would be away, his wife had a cell phone in case of emergencies, but other than that -- he was off the grid.

"Just walking around the house, or making the kids lunch -- I was just present. That would later become one of the biggest lessons learned from my year off."

The first two months after hitting reset focused on fun. Joe and his wife spent all of January becoming tourists in their own town. In February, Joe took his father to visit relatives in Italy.

When he came back, he started trying to knock off a list of things he wanted to accomplish. From learning Italian and craps to keeping weight off and writing a novel.

"Whether it's goal setting or just my type A-ness -- I had to do certain things every day. And sometimes it meant a workout while listening to Italian lessons. Two goals in one."

But a new primary goal emerged -- being present for the simple moments that most view as unremarkable.

"What I realized through this process is, being there around my family is the most important thing. My two boys will strike up a conversation now. I didn't know those were the special moments. Now, through the sabbatical I'm starting to relish those."

We asked him how those of us who can't take a year off can try a mini-sabbatical that won't break the bank.

"You can do it for a day, a weekend, a week. What I would start with absolutely is no electronics. It's life changing. You don't realize how you are tethered to the machine and how it dictates your life."

"From age 18 to 80, you take three hours in front a screen -- and that's 10 years of your life. A lost decade for people. Think about how much time you and I spend on phones. We aren't going to get that time back. Can you stop electronics on Friday and go 'til Monday? And not touch it. I bet most people can do it. And most people will learn something about themselves."

What small thing can you do right now?

"Put the phone away. Don't take it out at dinner or at lunch meetings or intermission at a play. Be present, talk to the people next to you and you'll learn more about yourself than you ever thought was possible.

"Your friends will become conditioned, because they know you won't respond. Don’t let their behavior dictate you. Do what you want and they'll adjust. You can get back to the text on Monday it'll be OK. You’re not that important!" 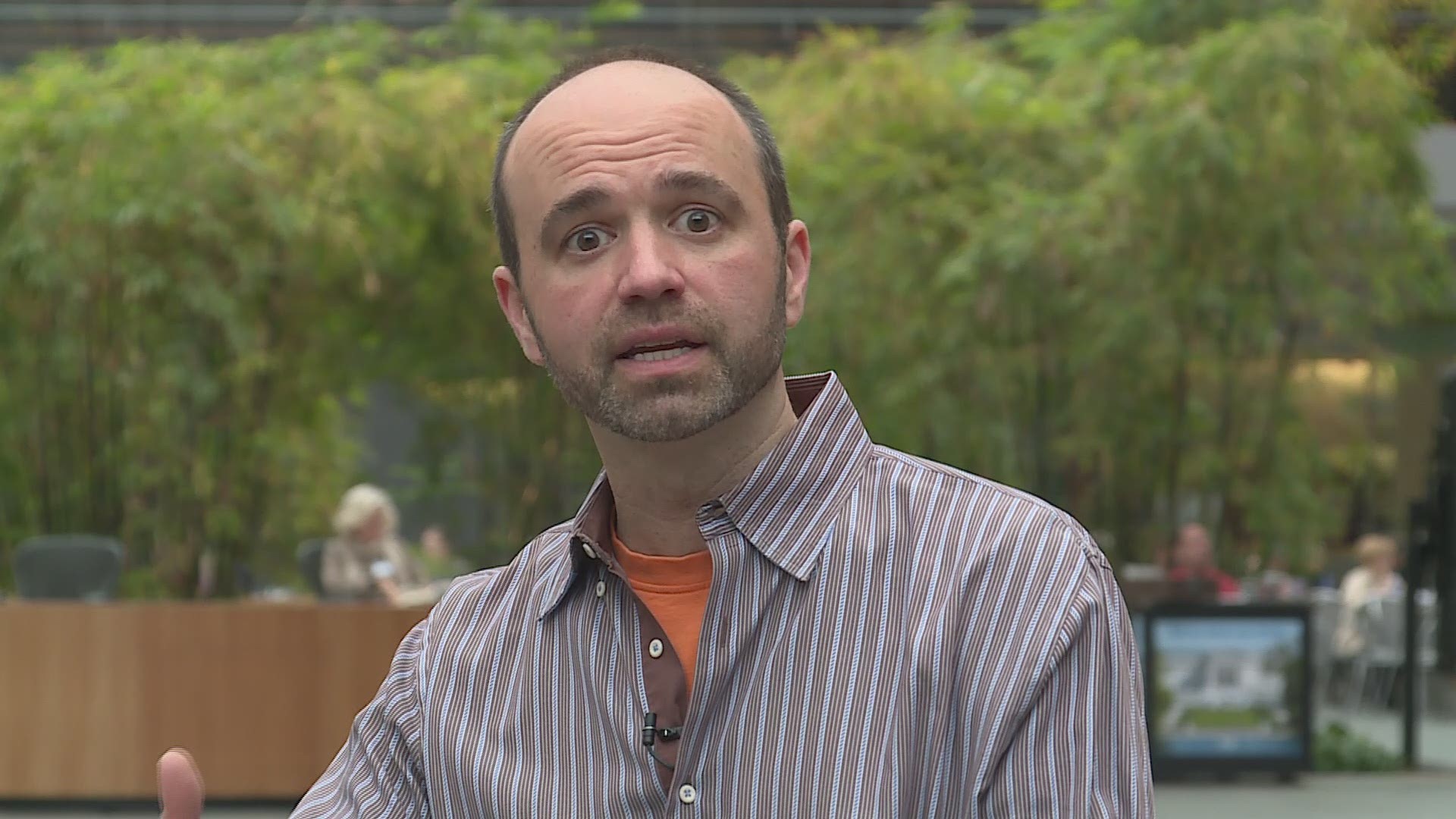