A video of the amazing and emotional moment when 7th grader Jonathan Jones put on special glasses and saw colors has exploded on social media. 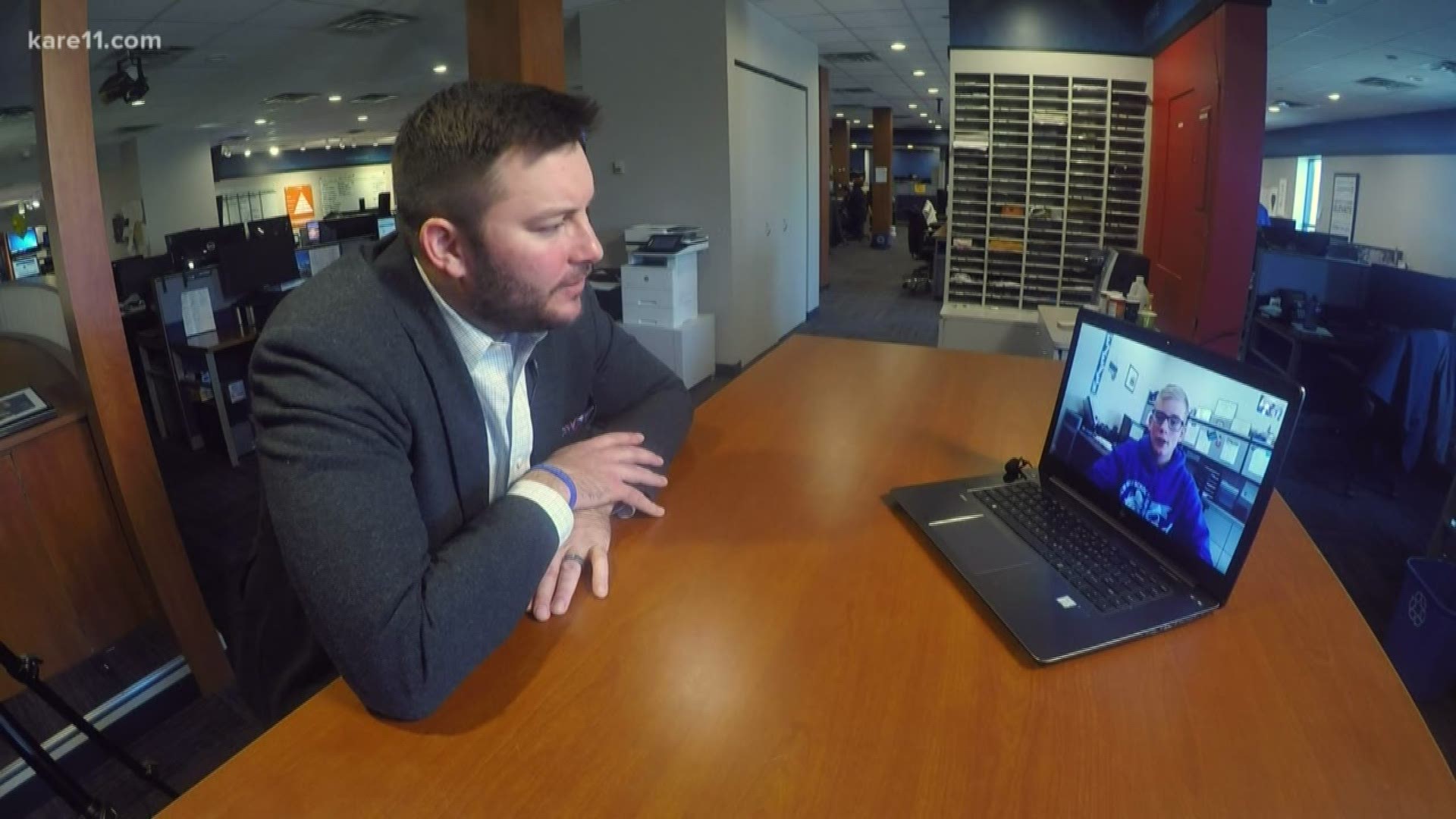 COTTONWOOD, Minn — A Minnesota boy is seeing true colors for the first time, and his emotional moment is going viral.

Jonathan Jones, a seventh-grader at Lakeview High School in Cottonwood, is severely colorblind. Diagnosed at 9, Jonathan has a hard time seeing true blues, browns, oranges and reds. He describes everything he sees as dull and muted, sometimes colors are even reversed.

Scott Hanson, the principal at Jonathan's school, is also colorblind. Hanson received a special pair of glasses from his family three years ago that allowed him to see full, vibrant colors for the first time... a game changer.

During a recent unit in seventh grade science at Lakeview on traits and genes such as colorblindness, teacher Joan Foley had a brilliant idea: She wanted to see if Jonathan could try on Mr. Hanson’s glasses to see if they would allow him to see colors too.

Jonathan says he didn’t expect much to change.

In a video shot by his brother that's now gone viral, Jonathan tries on his principal's special glasses. As classmates look on, his head immediately pops back in amazement. Moments later, the gravity of what he just experienced sinks in. Jones takes off the glasses, puts his arm over his eyes, and begins to sob, shedding tears of joy. The show of emotion is quickly followed by hugs from Mr. Hanson and Jones’s mom. Jonathan then gets up out of his desk and wanders around the room, soaking in the vivid shades he has never seen before.

After seeing the moment of discovery start to gain traction on social media, the Jones family started a GoFundMe site to raise money for Jonathan and other families in need of these glasses.

"Thank you all for your love and compassion," his mom Carol wrote. "We are overwhelmed and encouraged to know there are so many amazing people in this world who would help a young man they have never met."

The account has raised over $17,000 as of Saturday afternoon.

On Saturday, Carol made us aware that her son Jonathan will be receiving a new pair of prescription EnChroma glasses specially made for his form of color blindness.