There are only about 100 people in the world who can recall almost everything about their life. 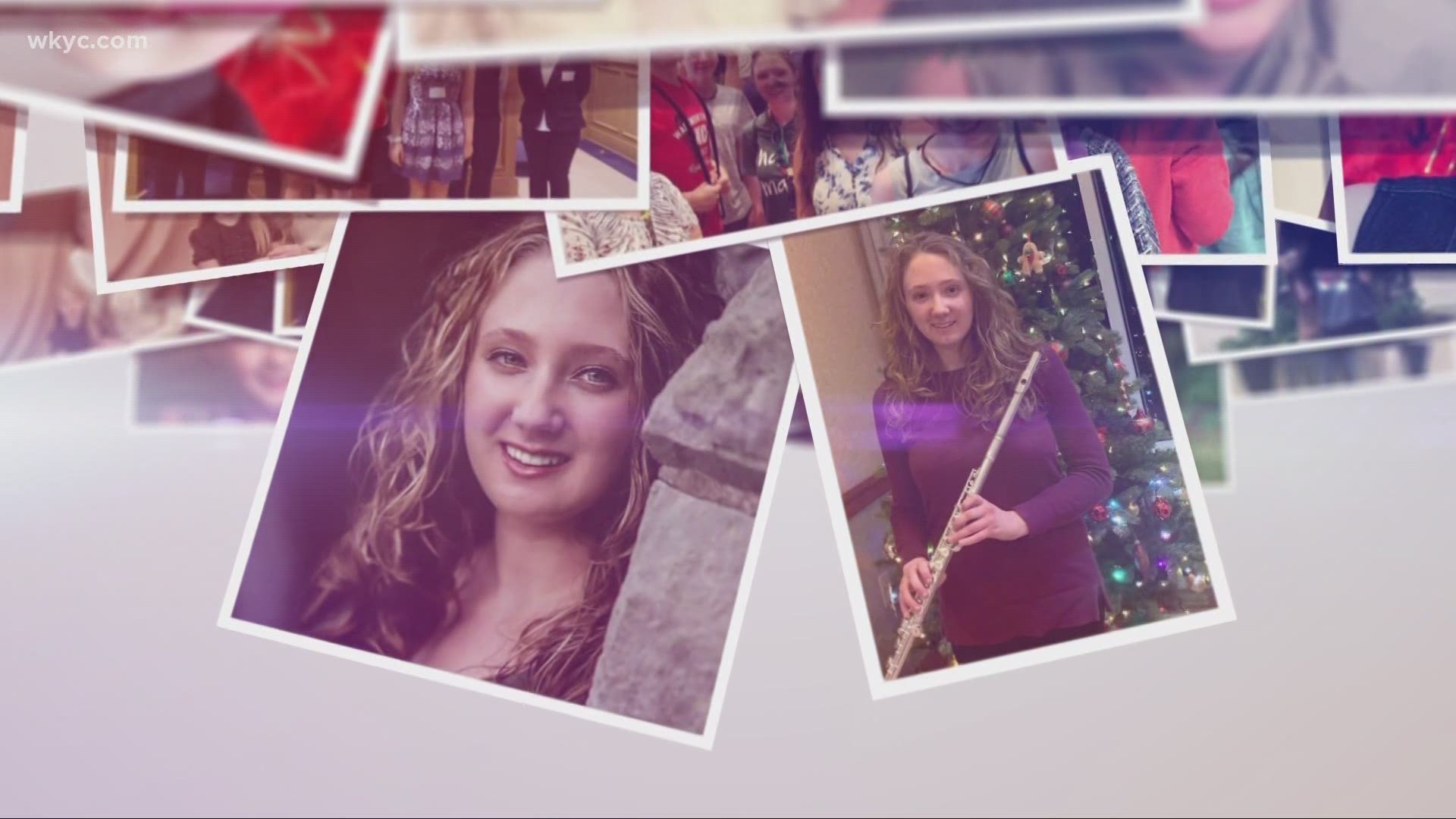 WADSWORTH, Ohio — Meet Alyssa Aey. 18-years-old and a senior at Wadsworth High School where her schedule is filled with honors classes and extracurriculars. Alyssa is a typical teen in so many ways.

“This morning I forgot to bring my flute to wind ensemble,”Alyssa said.

But Alyssa is extraordinary in a way the world is just beginning to understand.

Alyssa is believed to have a condition known as Hyperthymesia, or Highly Superior Autobiographic Memory (HSAM). Only about a hundred people are known to have it in the world.

Actress Marilu Henner was among the first diagnosed.  Alyssa has not yet been formally diagnosed, but many of the characteristics of her memory fit all the hallmarks of the condition. That includes correctly identifying the day of the week, for any given date.

As for May 16th, 2018. Alyssa correctly says it was a Wednesday, and then launches into great detail about what she was doing that day.

Credit: The Aey Family
Alyssa's parents Bill and Diana Aey, her brother Braden and sister Sydney are all very supportive.

“I remember it was really crazy for me because I was in the spring of my freshman year of high school. I was sick and swamped with work for finals that year. I remember having to write this assignment for Modern World History class. My history teacher, Mr. Knapp had us write about if we could have dinner with different historical figures,” Alyssa said recalling quickly what happened on that day nearly three years ago.

“Uh, let’s see. That was a Wednesday,” she correctly recalled.

Credit: The Aey Family
Alyssa had total recall of January 2nd, 2019 - the day she and the Wadsworth . Marching Band were performing at Disney World, and headed home to Ohio. She remembers what she ate, when going out to dinner with her parents that night.

“Oh, that was the day I was coming home from Disney World with band.  We'd gone to Epcot the day before. That was the last day of the trip. My friend told me later, on that same bus ride, she learned that she'd been accepted to Cleveland State University, which was the school she really wanted to go to. It was a long bus ride straight back to Ohio. My family and I went to Casa Del Rio restaurant that evening. I remember I ate dessert, fried ice cream. “

Alyssa can correctly recall any given day in her life, for about the last eight years, which is about the time her memory really took off.

“It means you can remember day of your life and a lot of experiences, even just little details, a lot better than most people. Like how I wore a blue sweater with a leather bracelet on December 26, 2015. Just little things like that,” she explained.

Credit: The Aey Family
Alyssa was diagnosed with Asperger's Syndrome, a condition on the Autism spectrum when she was about 6 years old. She has always faced challenges head on, and been, as her mother describes her, "Uniquely Alyssa."

It starts in the morning, Alyssa says, as soon as she wakes up. She thinks about that date, and then recalls what she was doing on that same day, years past.  We spoke to her on January 29th.  “Like today I was thinking about how in 2014 I was getting ready for a big swim meet that I had on February 1st, which was a Saturday, and how hard my team and everyone was training that week,” she said.

Alyssa’s parents, Diana and Bill Aey say her memory has always been very sharp. But her ability to recall minute details took off, right around age 10, and just four years ago she was diagnosed with Asperger’s Syndrome, a condition on the Autism Spectrum.

“Her teacher told us she had noticed some different characteristics in kindergarten. I’m a speech therapist by trade. So I was surprised that I hadn’t noticed it myself. But we just know her as Alyssa. She’s uniquely Alyssa,” Diana Aey said.

Credit: The Aey Family
Neurodiversity is the idea that brain differences are normal and shouldn't be viewed as deficits. This concept can help reduce stigma around learning and thinking differences.

Alyssa has done well in school, boasting a high GPA and brag-worthy ACT score...but she does neither.

If anything, Alyssa wants people to know she has struggled too. HSAM doesn’t play a factor in studying for a test or remembering notes.  She points out that’s a different part of your memory.  She faced challenges early on, but never ran from them.

“Some of my weaknesses in the past have really contributed to what my strengths are today,” she said, wise beyond her 18 years.

One of Alyssa’s strengths and motivators is advocating for inclusion and understanding neurodiversity – the idea that brain differences are normal and should not be viewed as deficits.  She has written a paper on it, and gave her very first interview, opening up to her high school newspaper, the Wadsworth Bruin in order to raise awareness.

“I’ve been given the chance to tell the world about neurodiversity and how it can change the world,” she said.

Alyssa is looking forward to college next year. She is thinking of studying business and then going to law school. No matter what she does, Alyssa will always champion the benefits of brain differences and focusing on gifts, not disabilities.

RELATED: '21 Strong: After fighting to save her child, Lake County mother now fights for other families, too