His mother filed a police report with the Geauga County Sheriff's Department, saying he was panicked and now has nightmares since his big brother with the Big Brothers and Big Sisters program forced him  to get baptized. 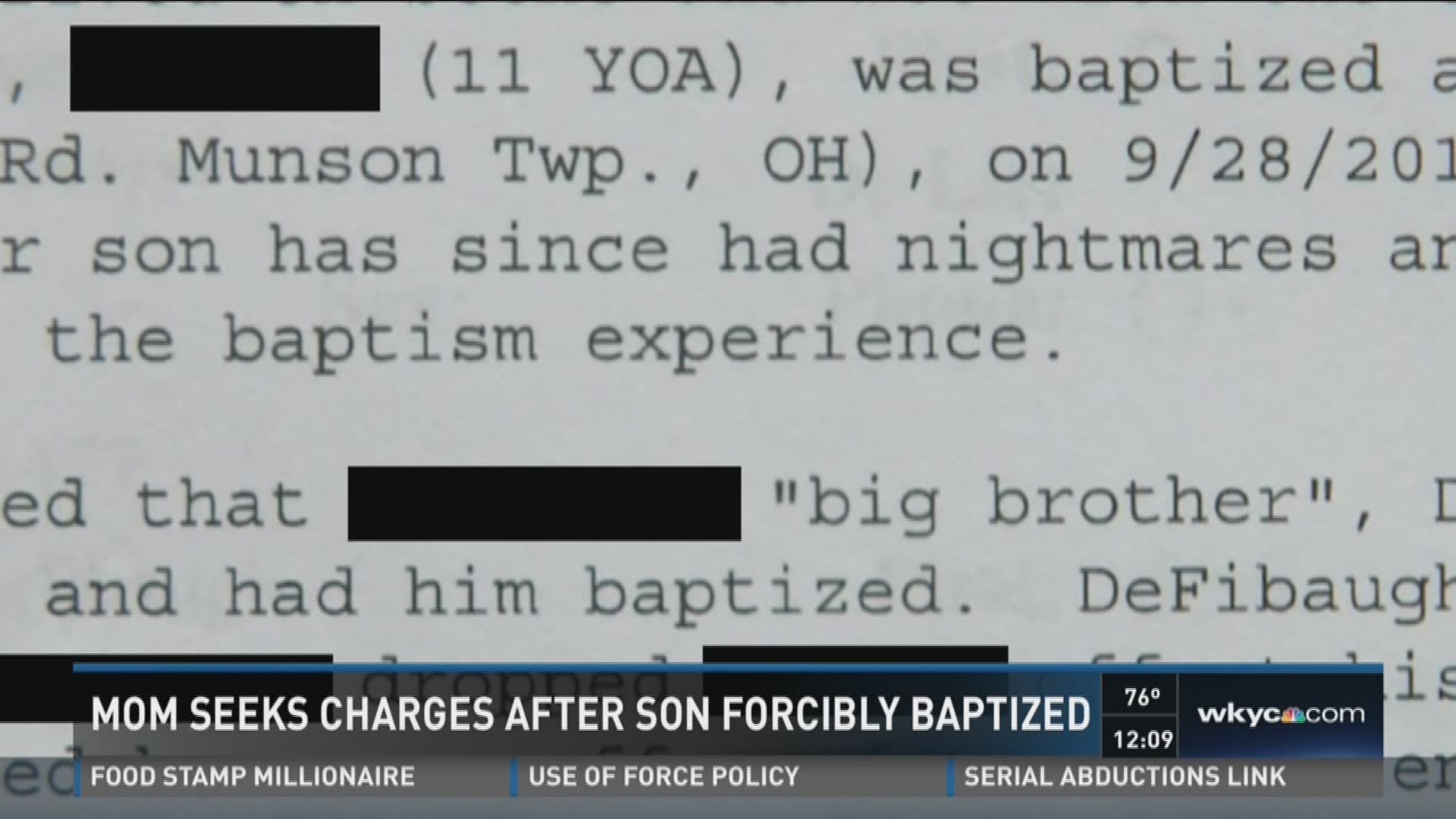 Parents of an 11-year-old boy are up in arms over his baptism they say they never signed off on.

April Defibaugh, of Hambden, filed a police report with the Geauga County Sheriff's Department asking for criminal charges to be filed against the child's mentor from Big Brothers Big Sisters, as well as the church that baptized him.

Defibaugh says her son has "autistic tendencies" and processes things more slowly than other kids.

She says that makes his baptism an assault that left him traumatized.

She says he was panicked and now has nightmares since his big brother forced him to get baptized and did it without her permission.

"They held my son under water. It wasn't like they sprinkled water on his head, it was like full immersion. He kicked, he screamed and told them beforehand that he was afraid. Every day since then he's had nightmares, the same recurring dream, about being baptized over and over like he's drowning," says Defibaugh.

Now she wants assault and child endangering charges filed against the Morning Star Friends Church in Chardon, the pastor, the big brother and the Big Brothers Big Sisters organization itself.

"To be honest, if I held you underwater and you didn't understand, wouldn't you consider that assault? Not only that, but endangering a child who really doesn't understand what was going on," said Defibaugh.

He says there is training in place for ""respecting boundaries."

"We understand we have to respect peoples' different values and have to address that," said Kehres.

Defibaugh says it is wrong to "force or manipulate a minor into anything."

"It makes me sad that somebody who I believe was becoming a part of our family took full advantage of it. I want this to change. It should be illegal to have a child baptized without parents' permission. Period," said Defibaugh.

Calls to both the Big Brother mentor and to the pastor at Morning Star Friends Church were not returned.

The officer filing the police report writes "I advised her, since her son did not suffer from any physical injury and that there was no criminal intent to harm her son, that this most likely was a civil issue."