Some Republicans support exploring an increase in the minimum wage, but they are uneasy about $15 an hour and say such a big increase could lead to job losses. 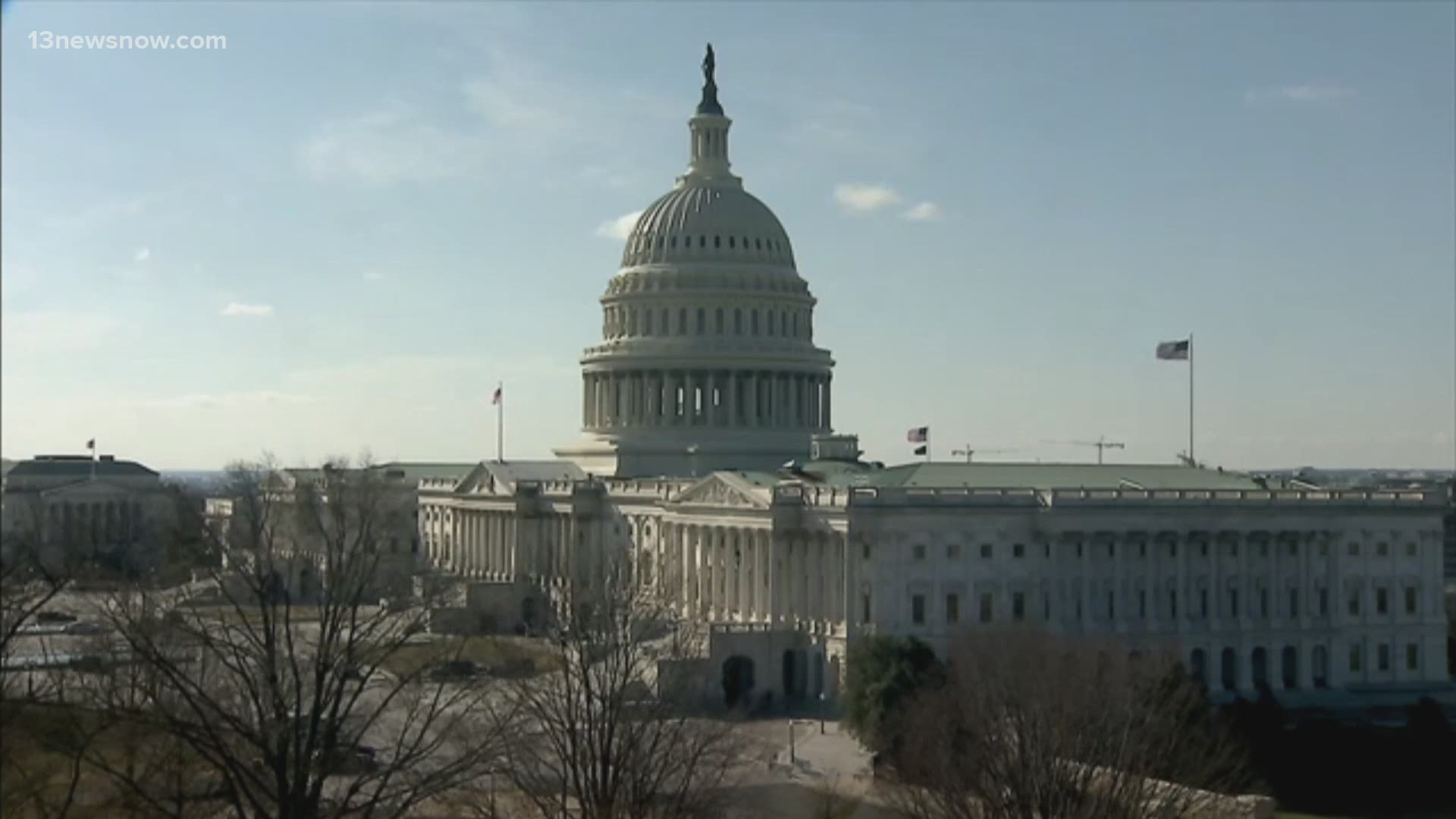 The Democratic push to raise the federal minimum wage to $15 an hour has emerged as an early flashpoint in the fight for a $1.9 trillion COVID-19 relief package, testing President Joe Biden's ability to bridge Washington's partisan divides as he pursues his first major legislative victory.

Biden called for a $15 hourly minimum wage during his campaign and has followed through by hitching it to a measure that, among other things, calls for $1,400 stimulus checks and $130 billion to help schools reopen. Biden argues that anyone who holds a full-time job shouldn't live in poverty, echoing progressives in the Democratic Party who are fully on board with the effort.

Some Republicans support exploring an increase but are uneasy with $15 an hour. They warn that such an increase could lead to job losses in an economy that has nearly 10 million fewer jobs than it did before the pandemic began. Moderates such as Sen. Lisa Murkowski of Alaska and Rep. Tom Reed of New York are urging Biden to split off the minimum wage hike from COVID-19 talks and deal with it separately.

"The more you throw into this bucket of COVID relief that's not really related to the crisis, the more you risk the credibility with the American people that you're really sincere about the crisis," Reed said. Including the wage increase, Murkowski said, "complicates politically an initiative that we should all be working together to address."

The resistance from moderates has left Democrats with a stark choice: Wait and build bipartisan support for an increase or move ahead with little to no GOP backing, potentially as part of a package that can pass the Senate with Vice President Kamala Harris' tiebreaking vote. Democratic leaders appear to be moving toward the latter option, with no guarantee of success. Even if raising the wage can get past procedural challenges, passage will require the support from every Democrat in the 50-50 Senate, which could be a tall order.

Leading the charge is Sen. Bernie Sanders, I-Vt., who unveiled $15 wage legislation this week with the backing of 37 Senate Democrats. His bill would gradually raise the wage to $15 over a period of five years. The federal minimum is $7.25 and has not been raised since 2009.

Sanders, the incoming chair of the Senate Budget Committee, said it was fine with him if Republicans were not prepared to "come on board." He said the government needed to pump money into the economy to make sure "people are not working on starvation wages."

Democrats are moving toward using a tool that allows certain budget-related items to bypass the Senate filibuster — a hurdle requiring 60 votes — and pass with a simple majority. Sanders is confident that a minimum wage increase fits within the allowed criteria for what is referred to in Washington lingo as budget reconciliation, though the Senate parliamentarian has final say on what qualifies.

Senate Majority Leader Chuck Schumer, D-N.Y., said the Senate as early as next week will begin taking the first steps toward getting the COVID-19 relief bill passed through the budget reconciliation process. The goal would be passage  by March.

The latest sign that a $15 minimum wage is popular with voters came in November, when more than 60% of voters in conservative-leaning Florida approved an amendment to the state's Constitution that will raise the minimum wage there from $8.56 an hour to $15 an hour by 2026.

The House passed legislation to gradually increase the minimum wage in the last Congress, but it went nowhere in the GOP-controlled Senate. Opponents argue that a large increase in the minimum wage would lead many employers to cut the number of workers they have on their payrolls.

"There's no question that raising the minimum wage, especially to $15, will put some small businesses out of business and will cost a lot of low-wage workers their jobs," said Neil Bradley, the chief policy officer at the U.S. Chamber of Commerce.

Bradley said there should be a separate debate on the minimum wage, and while the U.S. Chamber of Commerce opposes $15 an hour, "we're open to a reasonable increase in the minimum wage and that ought to be a topic of discussion. But, you know, including that in the COVID package just imperils the whole thing."

Mary Kay Henry, international president of the Service Employees International Union, said that increasing the minimum wage would benefit many of the people who have been working on the front lines of the pandemic. That's why she supports including it in the COVID-19 relief package.

"They've been called essential, but they all believe they've been treated as expendable or sacrificial because they don't earn enough to be able to put food on the table and keep themselves and their families safe and healthy," Henry said.

"The real way to appreciate this work is to raise the minimum wage to $15," she said.