Families hit Bridgeport Village to score some deals and spend time together. 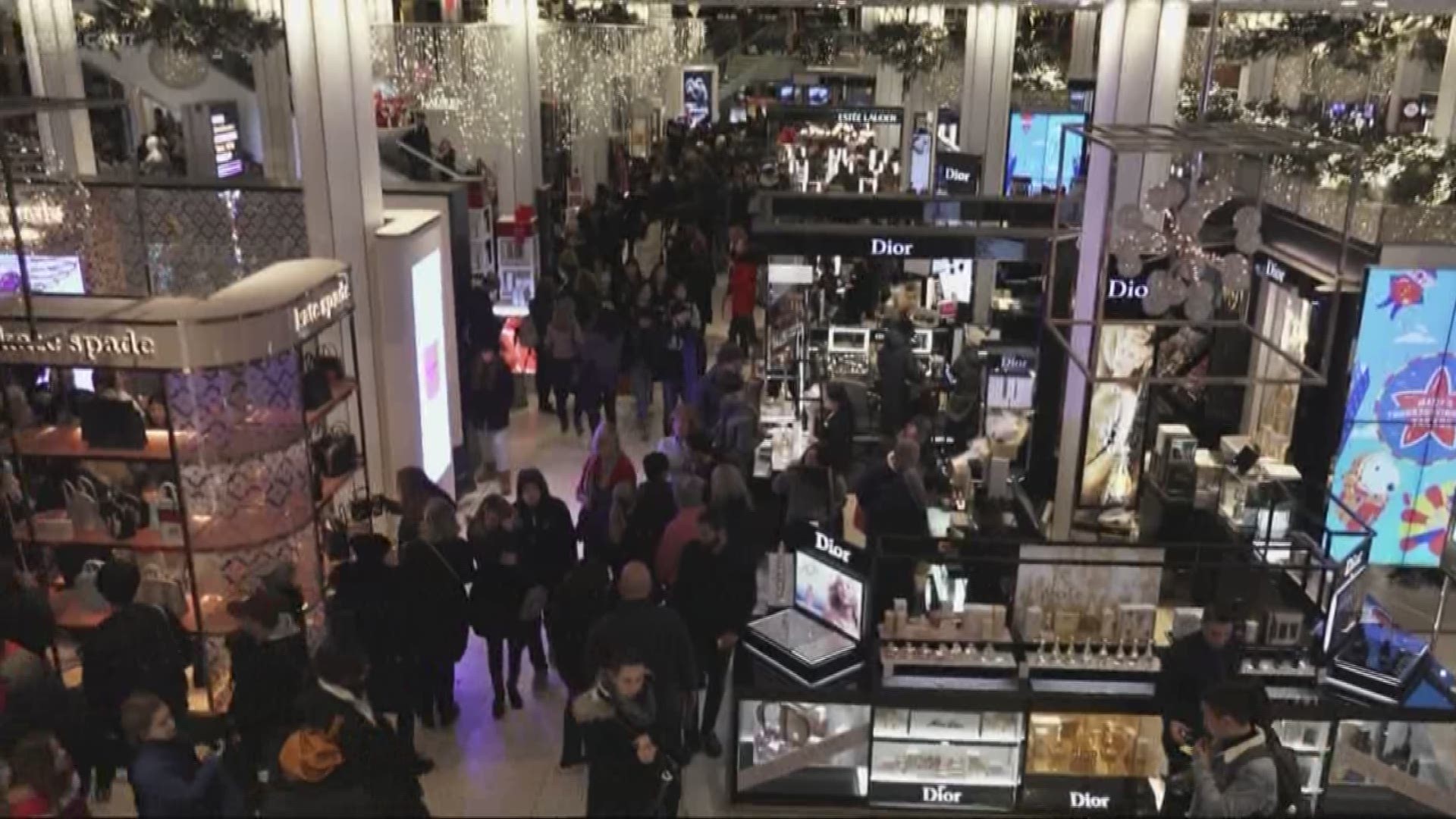 TIGARD, Ore. — The holiday shopping season is in full swing with an estimated 165 million people expected to shop between Thanksgiving and Cyber Monday, according to the National Retail Federation.

Hundreds of people were out and about enjoying the fake snow, holiday carols and sales at Bridgeport Village in Tigard.

Several stores were offering 50% all merchandise including the Banana Republic and Gap.

“I’m seeing a lot of different bags, Lululemon, Barnes and Noble. We had a few stores that opened earlier like Gap and Janelle James. A lot of fun clothing items but some technology mixed in there as well with the Apple store,” said Kimberly Blue of Bridgeport Village.

RELATED: Holiday shopping: Know these return policies before you buy

Many shoppers were feeling the pressure of a shortened holiday shopping season with only three weeks between Thanksgiving and Christmas this year.

According to the NRF, throughout the course of the holiday weekend, 39.6 million consumers are considering shopping on Thanksgiving Day, 114.6 million on Black Friday, 66.6 million on Small Business Saturday and 33.3 million on Sunday.