Downtown bars prepare for fans ahead of first Browns home game of the season, with changes

Game day will look a lot different than in the past. 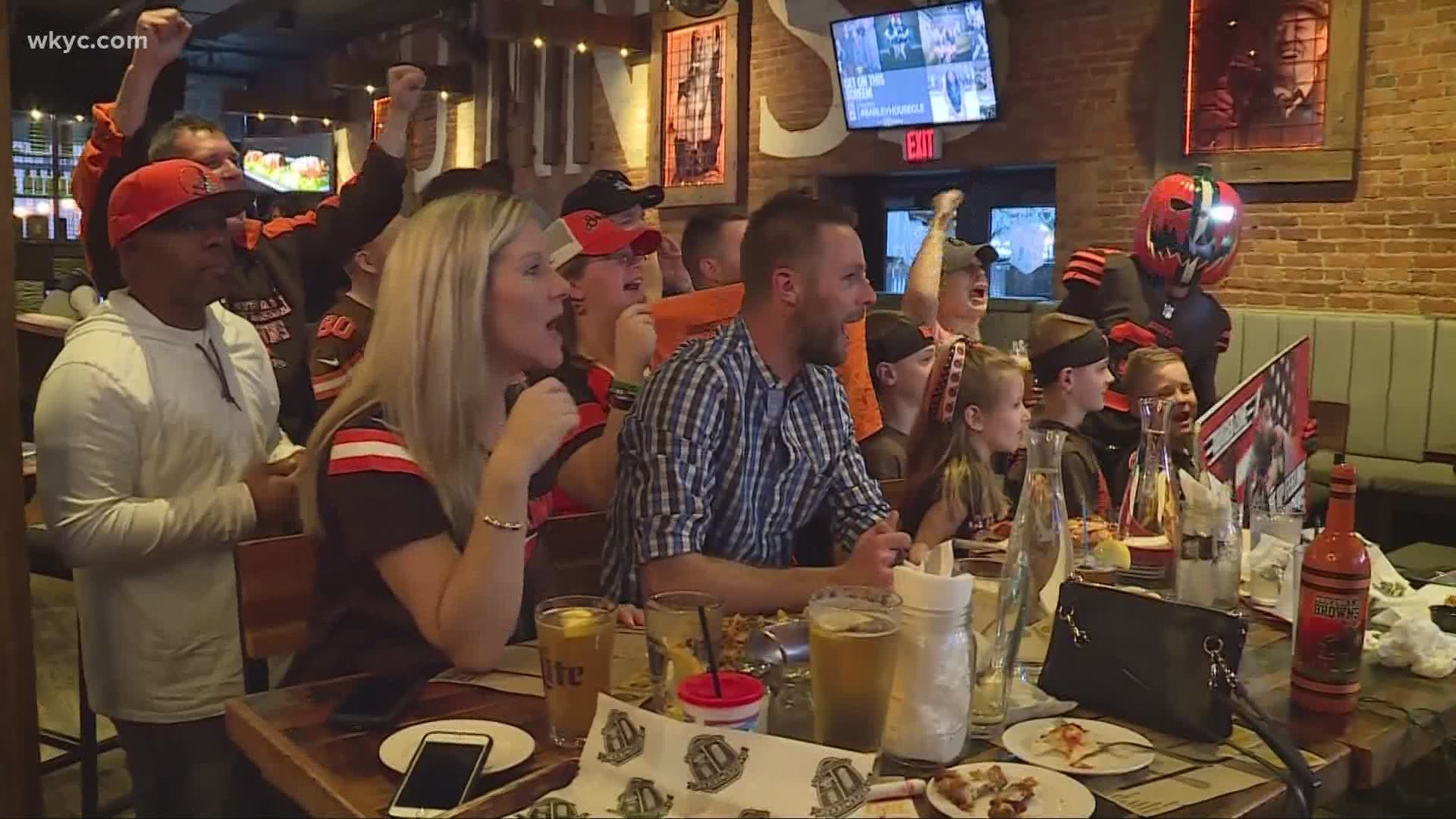 CLEVELAND — The Browns home opener means thousands of fans pack downtown Cleveland to watch the game and enjoy food and drinks. However, that is not the case when it comes to 2020.

The Barley House in Downtown Cleveland is often a fan favorite when it comes to watching football. However, bar manager Alexander McBride says it’s going to look a lot different for customers during the first home-game of the season.

“It’s going to be a little weird because the game will still be going on and we will be closing at the same time,” said McBride. "If we have to turn people away we don't like it, we know the customer doesn't like and it’s not something we want to do but at the same time we have to prioritize safety, as well.”

Per state regulations, all Ohio bars and restaurants must stop serving alcohol at 10 p.m. and doors must close at 11 p.m. President of the Ohio Restaurant Association, John Barker says everyone is adjusting to the regulations.

"The earlier the games, the better. Clearly, because we still have a 10 p.m. curfew and that's been a problem for a lot of the bars,” said Barker. “I think what you are going to see for the evening games, hopefully people will come out and have dinner and celebrate a little bit. It’s not a godsend, it’s not the only thing but we need little victories and these sporting events make people a little more joyous and hopefully the Browns are going to win to make people smile.”

At the Barley House, customers headed to downtown Cleveland will see a lot of masks and partitions to separate tables and bar areas. 3News is told the entire restaurant was just disinfected and that happens every thirty days. Additionally, if you're eating or drinking - you must be sitting down.

“Expect a good time, we are prepared for anything and we are excited to get going,” said McBride. “It’s an exciting time for the city and we are ready to get back to it.”