Growing faster than Apple, the insurance company Progressive continues to live up to its name. 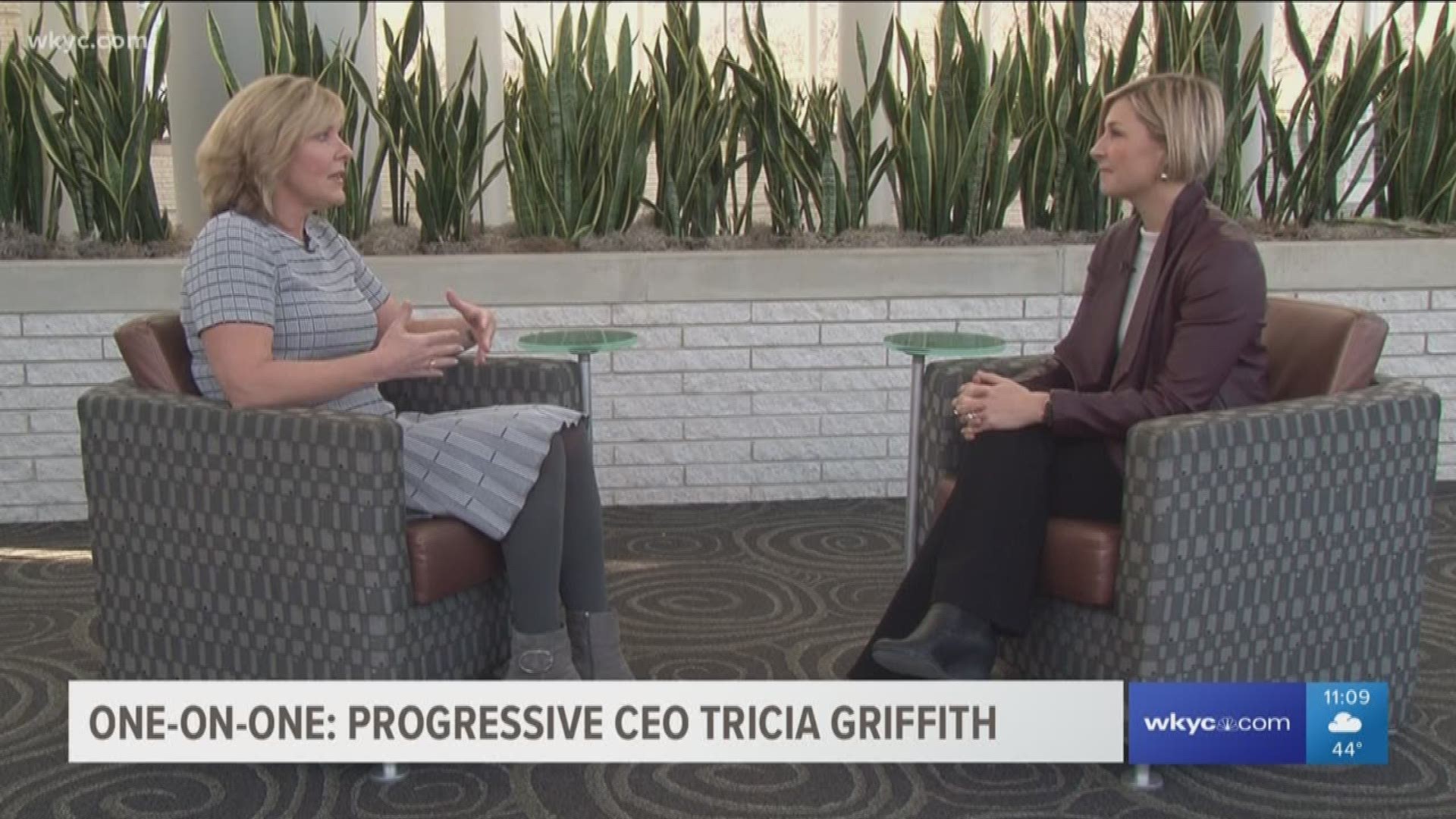 MAYFIELD, Ohio — The country's third largest insurance company is in our backyard. Growing faster than Apple, Progressive continues to live up to its name.

“We actually had a lot of celebrations last year. We hit $30 billion in premium, we hit 20 million policy holders, surpassed Allstate,” said Chief Executive Officer Tricia Griffith. “It was fun.”

Those who watch the company say Griffith at the helm is one reason for recent success. She started her career as an entry-level claims rep with Progressive 31 years ago.

“I really had no desire to work in insurance. I went to school where State Farm is and I was like, ‘Ugh, who wants to be in insurance?’” she said with a laugh. “I had a classified ad, I needed to pay off some school loans, and I fell in love literally 8 months into starting here. I loved the culture, I loved the people, I loved learning something every day, and I also knew how hard my job was…so I really respect the hard work that our people do every day, and I make sure they know that.”

Griffith has built a reputation for expanding and growing the company’s culture, named one of Fortune Magazine’s Blue Ribbon companies, Tricia herself, Businessperson of the Year. Progressive has been named a best workplace over and over again.

“They’re really helpful for recruiting,” Griffith said of the accolades. “When you’re growing and people have a lot of access to look at how companies are, what they’re about, it’s really helpful to have people put Progressive on their short list.”

Progressive is hiring a lot of people this year: 10,000 planned hires across the country, 2,000 in Northeast Ohio. To learn more about new opportunities with the company, click here.

You know Flo from her commercials, but it’s Griffith who is an icon on campus, taking selfies with new hires and dropping in for lunch.

“My favorite part, usually on Fridays, walk down here and I grab a lunch, and I randomly sit with people I’ve never met,” she said. “It’s really fun to get to know people and I have 4 or 5 new friends every Friday. It’s really fun…No one ever says no, they’re like ‘Sure,’ and it’s super awkward, and then by, in five minutes, we’re laughing and it’s great. It’s really a great thing.”

Griffith brings a unique perspective to her role. Her star was rising as she juggled life as a mom of six kids. This year as her youngest graduates from high school, she’ll also become a grandma.

She’s known as a forward thinker, generating buzz recently for plans to move the company’s strategy team to downtown Cleveland.

“Downtown will actually be an incubator, so as we think about unmet customer needs, that will be the place that we test them.” It will be Progressive’s first spot in the city since the 1970s.

“We wanted it to be in Cleveland because it’s our home base. We could have chosen Silicon Valley or Chicago, or Austin, but we thought that was important. I think downtown has changed and evolved so much in the last 10 years, it’s an incredible place to be,” Griffith said.