Many microchip factories shut down during the pandemic, creating a worldwide shortage in available cars. As a result, new and used car prices are higher than ever. 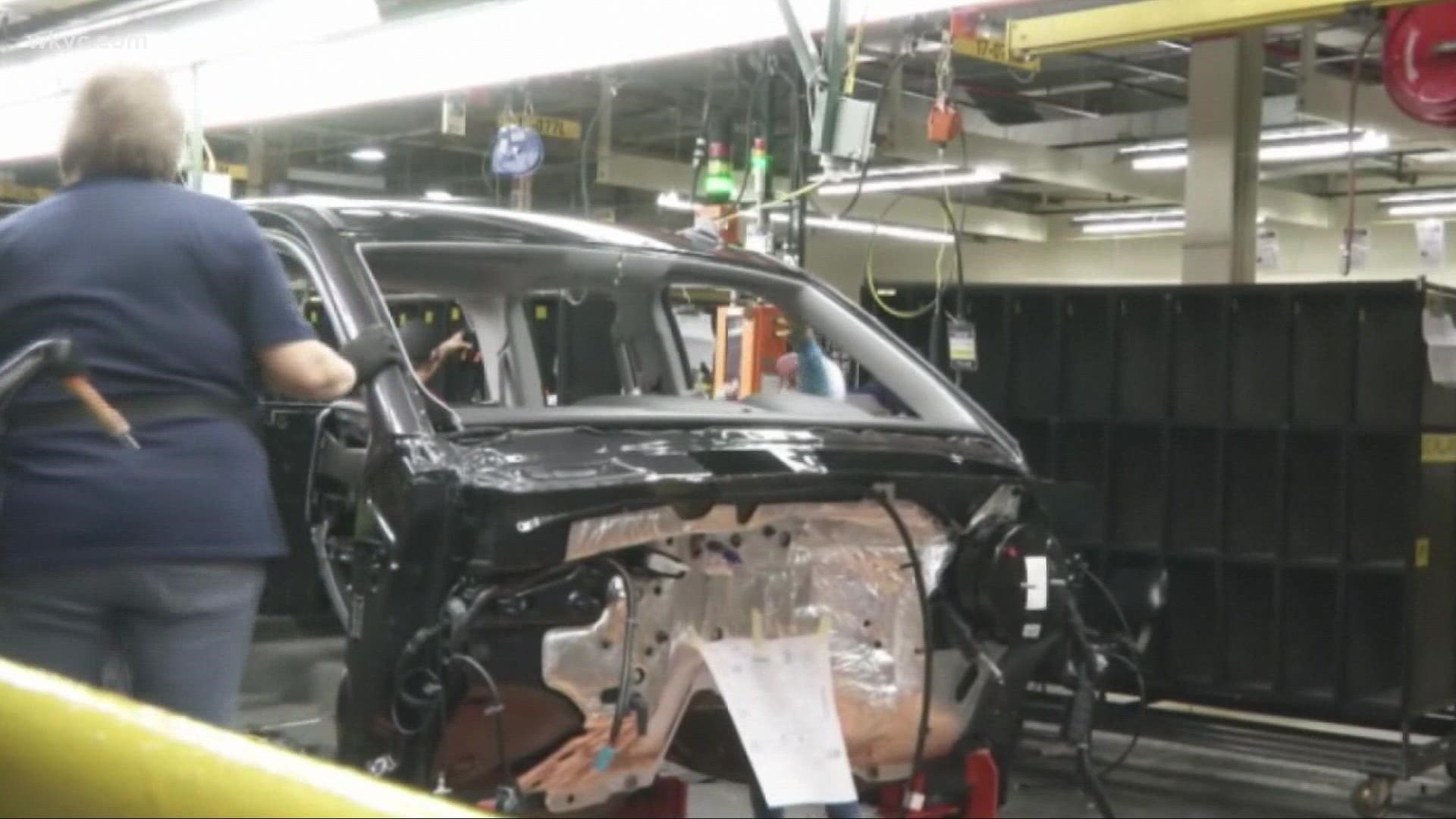 MIDDLEBURG HEIGHTS, Ohio — If you've happened to notice that several makes and models of cars haven't been available on lots, you can thank a worldwide shortage of microchips due to COVID-19.

The problem has forced some automakers to slow or halt production altogether, pushing new and used vehicle prices to record highs.

The shortage is in semiconductors, the material that makes microchips. They can be found in everything from cell phones to washing machines to ID cards.

"In particular microprocessors, which are essentially the brains of a wide range of electronic devices," Christian Zorman, engineering professor and microchip expert at Case Western Reserve University, added. "They can, pretty much, be found in anything that runs or is electronic, like cars. Yes, cars are electronic devices."

RELATED: There's a global microchip shortage, and auto dealers are feeling the pinch

Cars can contain more than 100 microchips, controlling things like engine timing and climate settings. But chips are in short supply, thanks to COVID.

"When there's a disruption in the supply chain in the production of electronic devices for computers, that disruption will also be felt by automobile manufacturers," Zorman said.

The pandemic forced chip suppliers to shut down factories. At the same time, people all over the world began working and studying from home and buying electronics in droves, which overwhelmed the remaining chip factories. Now, newly-vaccinated Americans are looking to buy cars again, but microchips are almost impossible for car manufacturers to get, making car buying more difficult.

"Currently, we have a little over 100 cars to sell in all five of our stores," Kirt Frye, President of Sunnyside Auto Group, told 3News. "Normally this time of year, we would have 800-1,000."

"It’s definitely a seller-type market," Frye said. "This August would normally be a clearance month, but it's more of a normal month."

Toyota, General Motors, Ford, and Nissan have temporarily shut down some of their factories because they have so few chips to put in their cars. Experts say the chip shortage could continue to affect the industry until 2024.