Tesla has released technology that allows the car to drive itself – a personal valet of sorts. It's a feature that could keep you from getting wet in the rain. 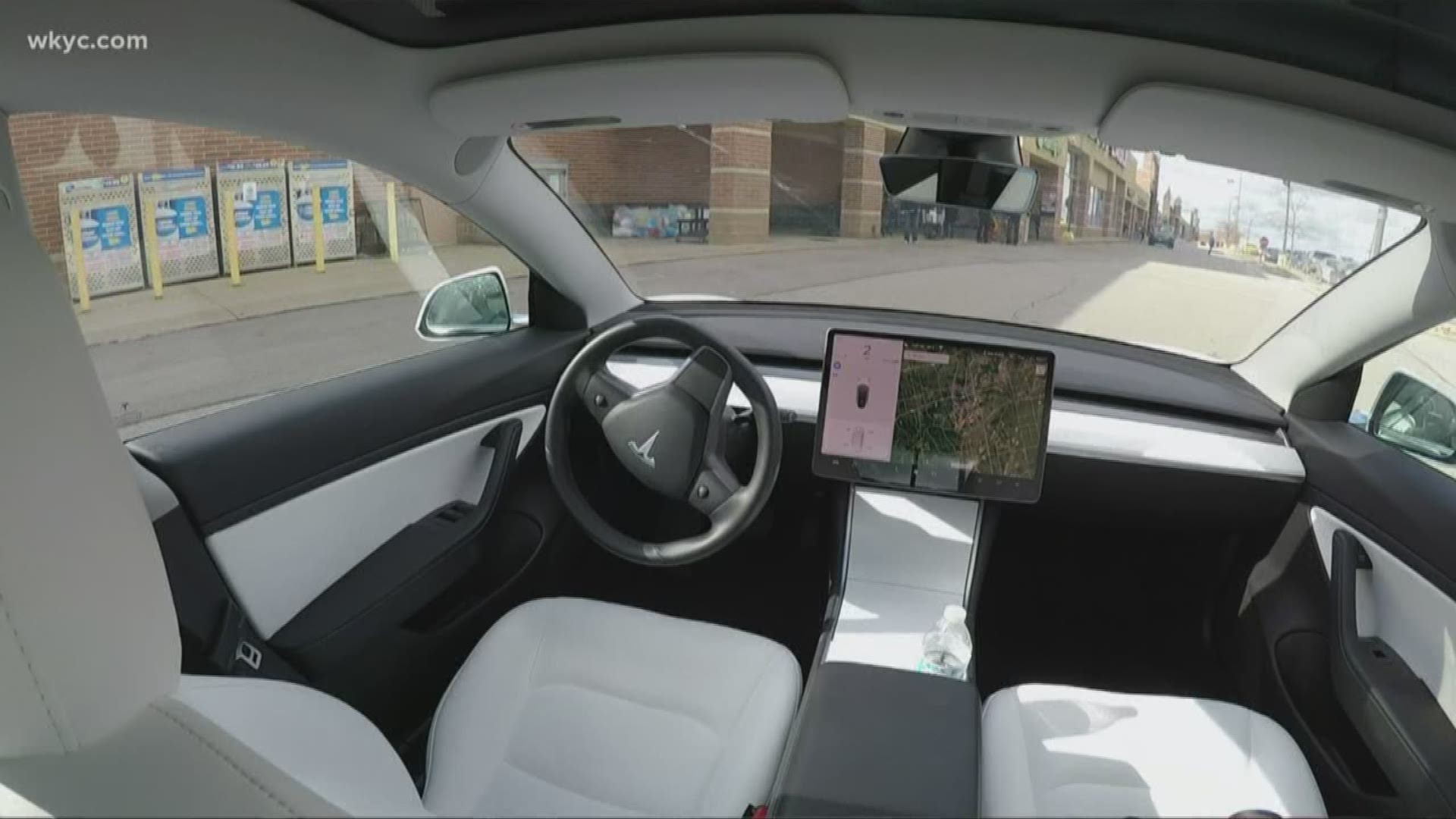 GARFIELD HEIGHTS, Ohio — Have you ever been in the grocery store and it’s starts to rain? It would be nice if someone pulled your car up for you. Now, Tesla has released technology that allows the car to drive itself – a personal valet of sorts.

“I think anyone that drives one for a day, they would have trouble going back, said Bill Painter who has been a Tesla owner for almost a year. He’ll be the first to tell you he’s obsessed with his ride.

“It’s better than any other car out there. And it’s good for the environment.”

The all-electric Tesla brand is known for its autopilot feature that allows you to sit back while the car drives itself down the road – keeping with the flow of traffic and changing lanes too. But they recently added a new feature called Smart Summon -- taking things to another level.

“Say you don’t want to walk all the way to your car, it’ll come to you,” said Painter with excitement.

All you do is open the Tesla app, choose ‘summon’, and the car can plot a path toward you -- making corrections for people and traffic along the way. It only moves when your finger is on the screen of your smartphone. When you let go, it stops.

For safety purposes, the feature will only work from 200 feet away and the operator should have eyes on the vehicle at all times. By law, the feature only works on private property, like parking lots. Cars on Ohio roads are required to have a driver behind the wheel.

A car moving without a driver was enough to turn heads in the parking lot. Onlookers stopped to watch what was happening, admiring the car’s ability.

“That is awesome,” said one man

“It freaked me out when I parked the car,” said Nany Brewster who walked by the car as it was parking near hers. “I mean there’s nobody behind the wheel. That thing’s awesome.”

The car uses a number of cameras and sensors around the car to navigate the lot and adjust when obstacles or cars are around. There have been some mishaps with the new tech – operators not paying attention to where the car is going leading to minor fender benders. But the car travels no faster than 5 miles per hour in Smart Summon mode, and damage is typically minimal.

Drivers using technology have caused thousands of accidents over the years. This time around, technology is working in our favor and will likely get even better with time. Tesla says their autonomous driving features are safer than humans behind the wheel.

“The truth is distracted driving is on the rise and it’s making streets more dangerous,” said Painter. “To have technology on your side assisting and helping, and letting you take [on] the bigger processes, it’s definitely a safer option.”

Tesla models are becoming more affordable in price with even more savings since there’s no gas or oil changes. And if you’re worried about finding a charging station, the car always knows where the nearest one is. Painter says finding juice has never been a concern. He charges his Model 3 every night like a cell phone.

“I can’t imagine going to a gas station and filling up anymore. You wake up every morning with a full tank,” he said happily.

The features Tesla is implementing appear to be the way of the future. So, don’t be surprised when you see drivers not holding the wheel – or missing from the driver’s seat altogether.

RELATED: Volkswagen bets big on electric. Will consumers buy in?

RELATED: Most new vehicles soon will remind people to check the back seat