Tools of the Trade: Expert tips to tackle your DIY projects

Whether it's to save money during the pandemic or boredom from being stuck at home, DIY projects are booming. Experts share tips for tackling your first project. 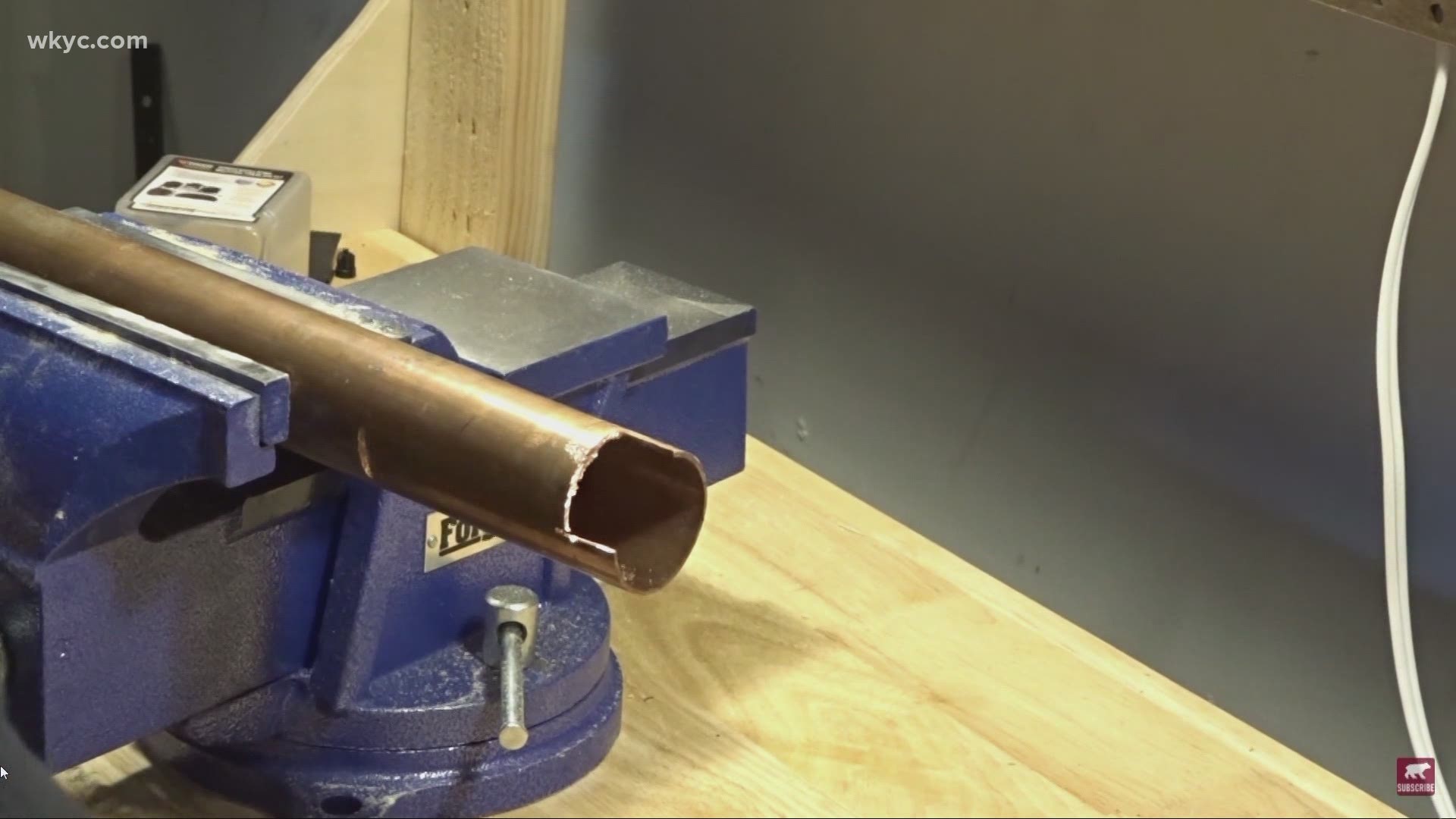 CLEVELAND — hether it's an effort to save money during the COVID-19 pandemic, or a byproduct of boredom after being stuck at home, DIY projects are booming. Companies like Home Depot and Lowes have reported significant sales increases. And if you're new to the DIY scene, there are some things to keep in mind as you get set to tackle your first big project.

Jeff King is one of YouTube's authorities on tools, running The Den of Tools YouTube page with more than 150,000 followers. King runs the channel using his alter ego - Red, your friendly neighborhood tool bear. During the pandemic, King and Red have been the go-to for DIY newbies.

"Our viewership in the past year has doubled," King said. "And it's been almost exclusively people new to the DIY thing, trying to get an understanding of what tools they need to get started and looking for tips and tricks along the way."

Bryan Scheider is hardly a newbie to DIY, but he recently tackled his biggest project yet a 600-square-foot deck in his back yard. With time due to the pandemic, Scheider thought it was the time to tackle this project he'd been planning.

King says when you're first starting, either in DIY in general, or on a new project, start by watching YouTube videos, which is exactly what Scheider did. Sheider said there was a lot of practice in the early stages. He made his deck using Trex, a composite material.

"I've never cut Trex before, so I made sure I practiced cutting some of those before they were going on the deck," he said.

Instructional videos will also help you with what types of tools you need for the job, but according to King, the basics for any do-it-yourselfer are a drill, or impact driver for bigger jobs, a circular saw and an oscillating multitool, which King says is great for its versatility.

In terms of what brand you should buy, King says you don't need to focus on brand loyalty, unless you're going cordless because you want to be able to share the same parts and chargers.

So many other experts agree there isn't a best brand across the board. For example, Popular Mechanics says Bosch makes the best corded power sander, and that DeWalt has the best chop saw. It's who's going to stand behind their product that makes the difference.

King also warns not to get fooled by price. If something you're looking at is too pricey, check online communities for deals.

"There's a big push in these names coming from China, that are only sold through Amazon, and they're offering like a five-year warranty, but there's no contact name for the company posted for how to do a return for anything," King said. "Those are huge red flags."

And because of pandemic-related delays, it's best to prep as soon as possible for your next big project. Prices on supplies have been going up and material shipments have been delayed.

But the last piece of advice King and Scheider say is important - have confidence.

"If I have to fix something, it's already broken," Scheider said. "I can't break it more, probably."

Popular Mechanics: Tools Everyone Should Own

The Art of Doing Stuff: Top 10 Tools to Own

Editors Note: The video in the player below is from a story that aired previously.