Customers report packages sitting in distribution centers for days and incorrect tracking information on some packages. 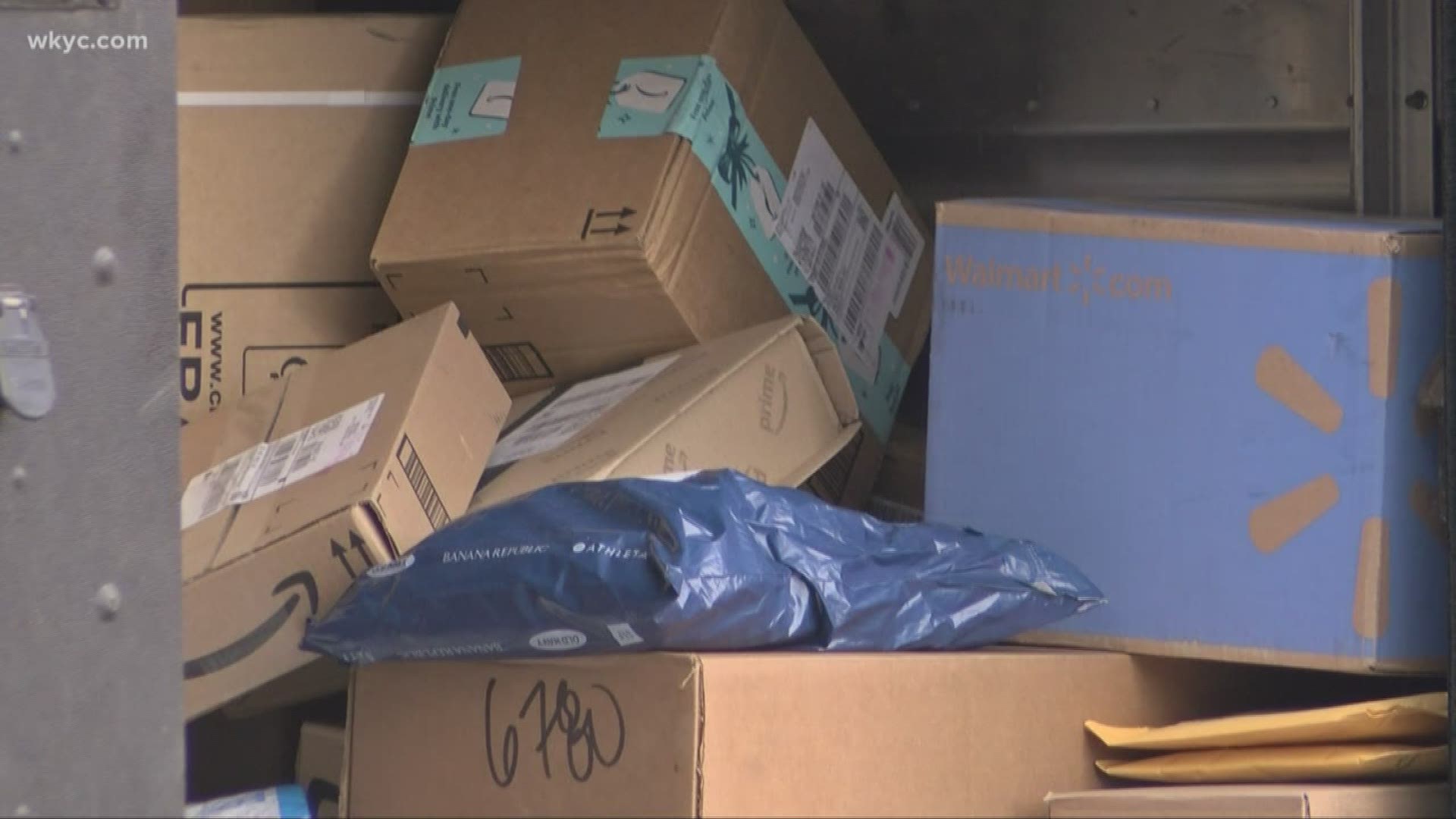 CLEVELAND — If you haven't already done your online holiday shopping, you should probably jump on it. Shipping couriers are already facing delays due to the influx of holiday shipments.

Teri Coughlin, a Canton resident, has experienced issues with multiple packages recently. The common denominator in her case is FedEx.

"FedEx is who it went to when I checked it out," said Coughlin. "And it seems as though one of the companies that I ordered from my packages are sitting 3 and 4 days in a FedEx Distribution center.

When she called the vendor to inquire about the shipment, she says she was informed that FedEx was experiencing delays and would transfer her package over to the United States Postal Service to reach its destination quicker. FedEx didn't confirm that was the case, but did acknowledge shipping delays are possible this time of year. A company spokesperson released the following statement:

FedEx is experiencing some of the highest volume days in the history of our company, and our networks are flexing as designed to accommodate the surge of packages. We worked all year to prepare, and are proud of the outstanding service we have been able to provide despite some weather challenges across the United States. In cases where packages have not met our service commitments, we are rapidly working to get them delivered with a focus on ensuring holiday deliveries make it on time.

Customers in the Toledo area are also dealing with shipping frustration. One UPS customers says the hold up seems to come once packages arrive at the Maumee sorting facility.

She did some Christmas shopping online and is still waiting for many items to arrive.

"A little frustrating. I can tell that everyone is little behind this time of year and I can respect that," she said. But she added some of the tracking information seems a bit off.

"If you look at the tracking information it does show the delivery attempt made, but that isn't the case because I have security cameras at my door and my garage and I never see them show up," she said.

Plus, Goodreau said her items don't require a signature.

Goodreau isn't alone. Several others have told WTOL they have security footage to prove deliveries weren't attempted as noted in the tracking.

Goodreau did speak with someone at the Maumee facility.

"They were just telling me that they're just understaffed and overworked at this point and they're doing their best by calling in extra drivers," she said.

Goodreau said it seems something with the system is flawed and suggested a pick-up option for the Maumee facility.

A media representative for UPS says the situation is being investigated and appropriate action will be taken.

As far as overall delays this holiday season, UPS says this:

Winter storms caused some weather-related delays last week in Colorado, Utah, the Upper Midwest and the Northeast. We are also experiencing record shipping volumes from all customers due to another year of strong growth in e-commerce purchases. UPS has implemented recovery plans by adding resources and extending work schedules to address any delays. The vast majority of UPS packages are being delivered in accordance with the service level commitments made to our customers. Overall, the UPS network is performing well, as we manage a more than 60 percent increase over our normal daily volume between Thanksgiving and Christmas.

Meanwhile, Goodreau continues to wait for her packages. She hasn't given up hope yet.

"I have faith that they'll get it to us before Christmas. I know they're working hard and it's very cold, so I appreciate that," she said. 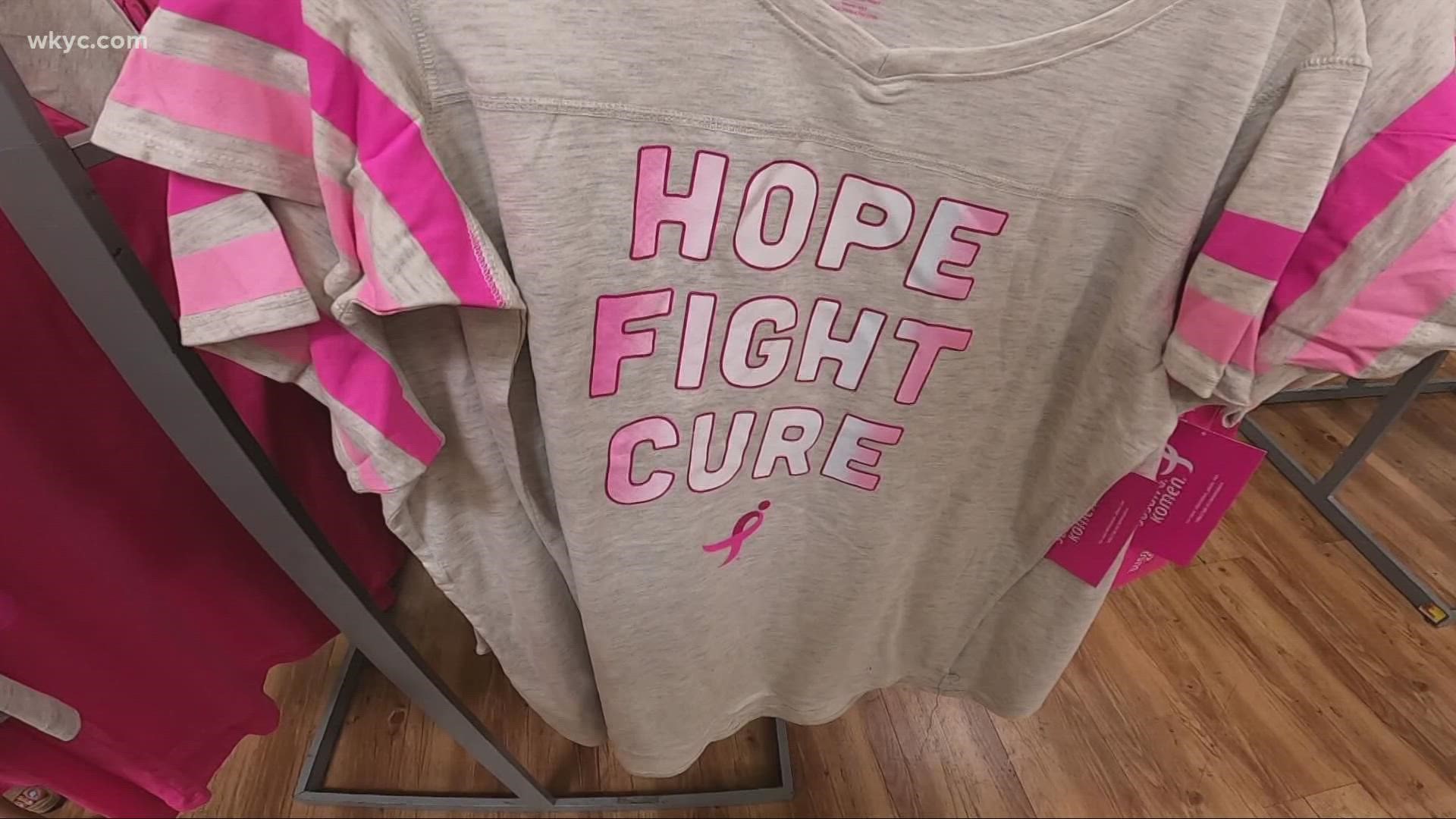