Giving Tuesday: How to vet a charity before you donate

There are a thousands of charitable organizations that can use your help. But how do you know which one is the right one to give to? 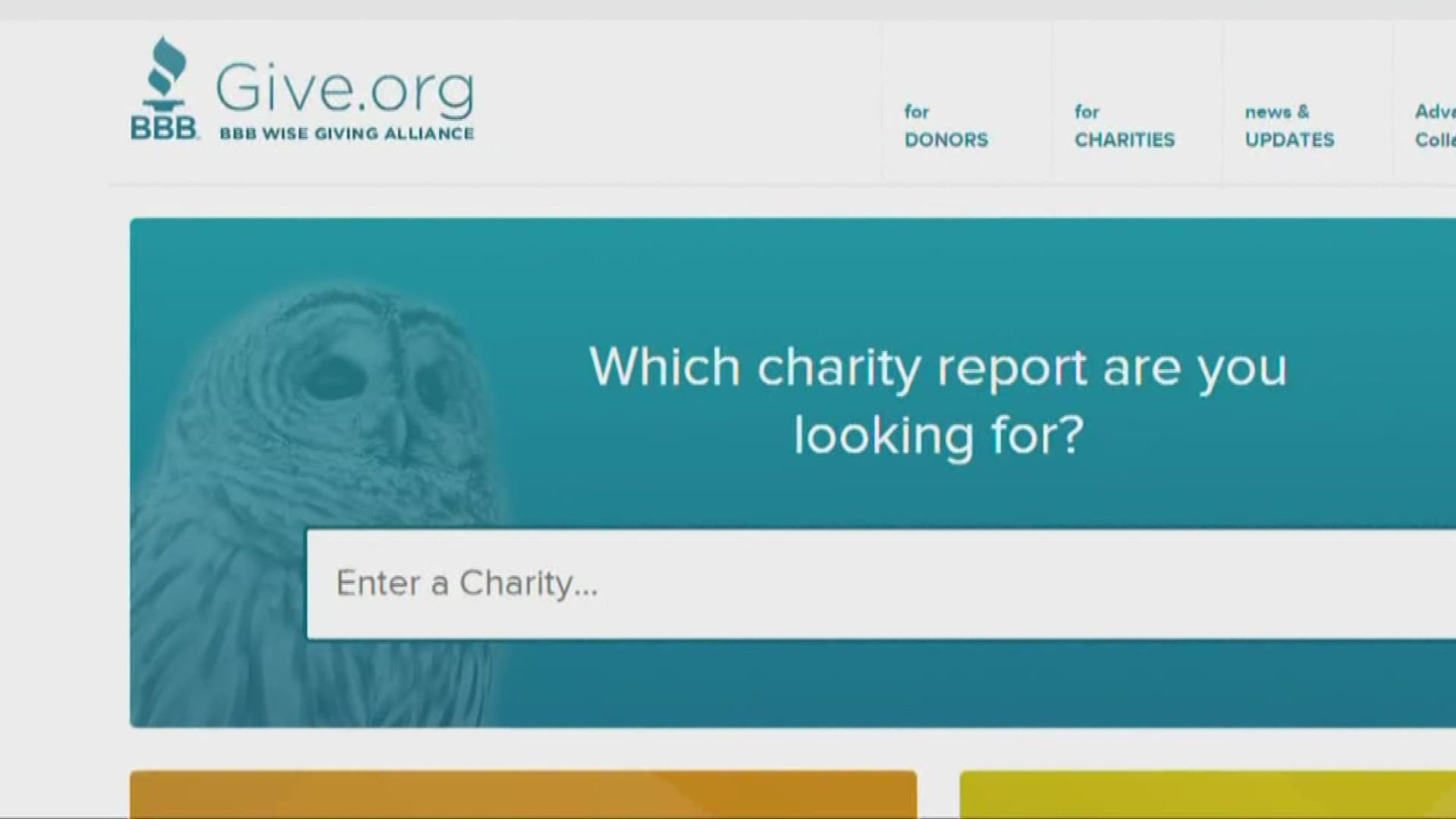 CLEVELAND — Hopefully you got all your holiday shopping out of the way between Black Friday and Cyber Monday. But Giving Tuesday is here, and there are a number of charitable organizations that can use your help. But how do you know which one is the right one to give to?

The key is research.

A Facebook post that resurfaces nearly every year talks about giving to some charitable organizations over others. But charity watchdogs say you shouldn’t rely on the info it references.

“People need to take a step back and figure out ‘what are they trying to do?’ Notice the religious and military groups are spoken very favorably of. The more secular international groups are criticized.”

Our local better business bureau had a similar response to the Facebook post saying, “rather than rely on social media posts to decide which charities will get your donations, go to sites that have current, accurate information.”

The BBB evaluates charities and publishes info on the website Give.org. Other entities like Guidestar.org, charitynavigator.org, and of course, charitywatch.org also provide reports on charities.

The reports include financial information, details about leadership and administrative payroll, and how of your donation goes to the program itself. The local and national charities on the sites also receive a rating.

Sheryl Harris with Cuyahoga County’s Consumer Affairs Department says research is the key to making sure your money is going to the cause.

“If you’re trying to give to a good cause, you really want to make sure your dollars are being used for the cause, not to hit up other people for donations,” said Harris.

“You want to base your donation on what’s the real mission and what’s the work that charity is doing to combat that problem.”

Harris also says to beware of solicitors who ask for handouts over the phone. They often take a cut. Donating directly to an organization is probably the better option.

Harris also suggests you pick an organization that’s dear to you. That way your generosity means more to you. You should also give year-round and utilize company match programs that help fund the charity you choose.

In the end, all the charity watchdog’s just want to make sure you know exactly where your money is going.

“I don’t want people to give blindly. I want to elevate giving so that people can give to groups that are helping people and accomplishing more good in this world,” said Borochoff.