Can relief be found with gadgets that claim to remove acne? 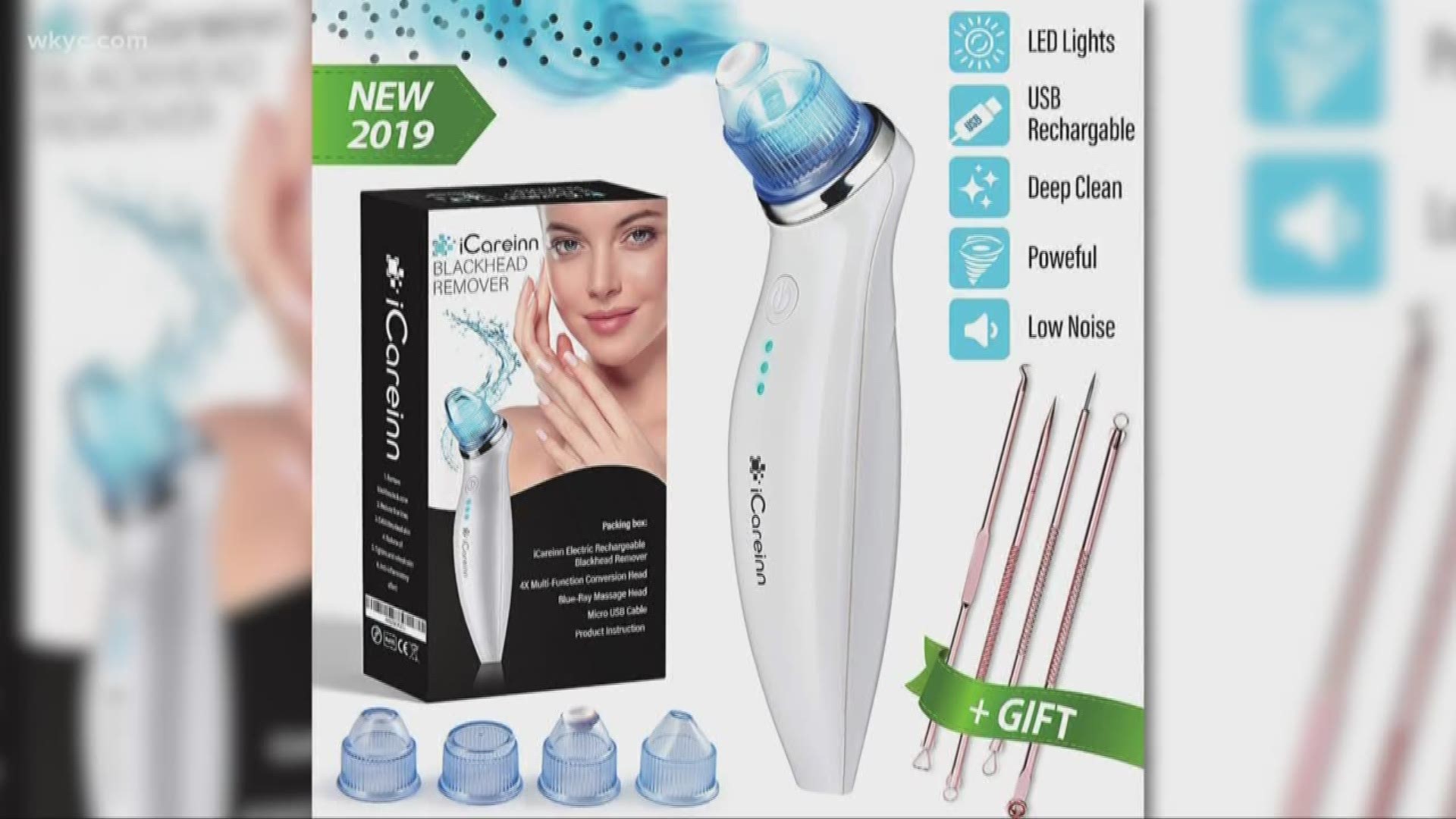 CLEVELAND — It's not the most pleasant topic of conversation -- but up to 50 million Americans suffer from acne.

And there's no magic bullet to cure it.

But there are tons of tools that promise to get rid of some forms -- like blackheads.

Since acne is a part of life for so many of us, we put three popular blackhead removal products to the test.

"I always have some here that I can't get rid of. At the tip of my nose and then there's a bunch right under my lip. It's why tenth grader Dakota and middle aged Candice agreed to test out blackhead busters.

For the test we had the iCareinn Vacuum Suction for twenty seven dollars.

The vacuum has several speeds and suction cups for the level of your problem. As instructed, they didn't stay in one place on their skin too long but both still had some irritation. Candice's thought her's looked like a hickey and while our camera couldn't capture the results, they reacted like they just had a facial.

Candice immediately concluded it was good. "I have to have this!" she blurted out.  And if you look inside the cap,you can see the little specs and there's like a big clump there.

Next, the extractor kit had a tool for just about everything.

Dakota was skeptical reading the instructions... "Use the small spoons to squeeze up blackheads,"  "Whiteheads and small acne," she read.  "And then the medium one to get extra regular pimple extract." She liked it for pimples. But the blackheads were another story. "This one won't come out," she said. "I think it's a little too deep for the tool."

Candice had something to show for her work..."Just one little swipe and you get a little bit," she noticed. "Looks like its bacteria that came out."

Finally, unlike traditional strips that remove blackheads, these came with a cream.

Dakota liked how the strips could mold to your face and what they were able to pull out.

"They worked better than the strips I had before," she said.

"And um for my sensitive skin, they don't leave as much of an irritation to it."

However, Candice thought it was too messy and didn't make much of a difference.

"I grabbed a couple but I don't see very much," she explained.

They both told us after the test they feel all of the products did something, and that they could work depending on who it was for. And, they agreed, how quickly you want it done without leaving a mark or how much you want to see.