U.S. Congressman Brian Higgins was among a mixed group of speakers in a panel on the border reopening, hosted by the Tourism Industry Association of Canada. 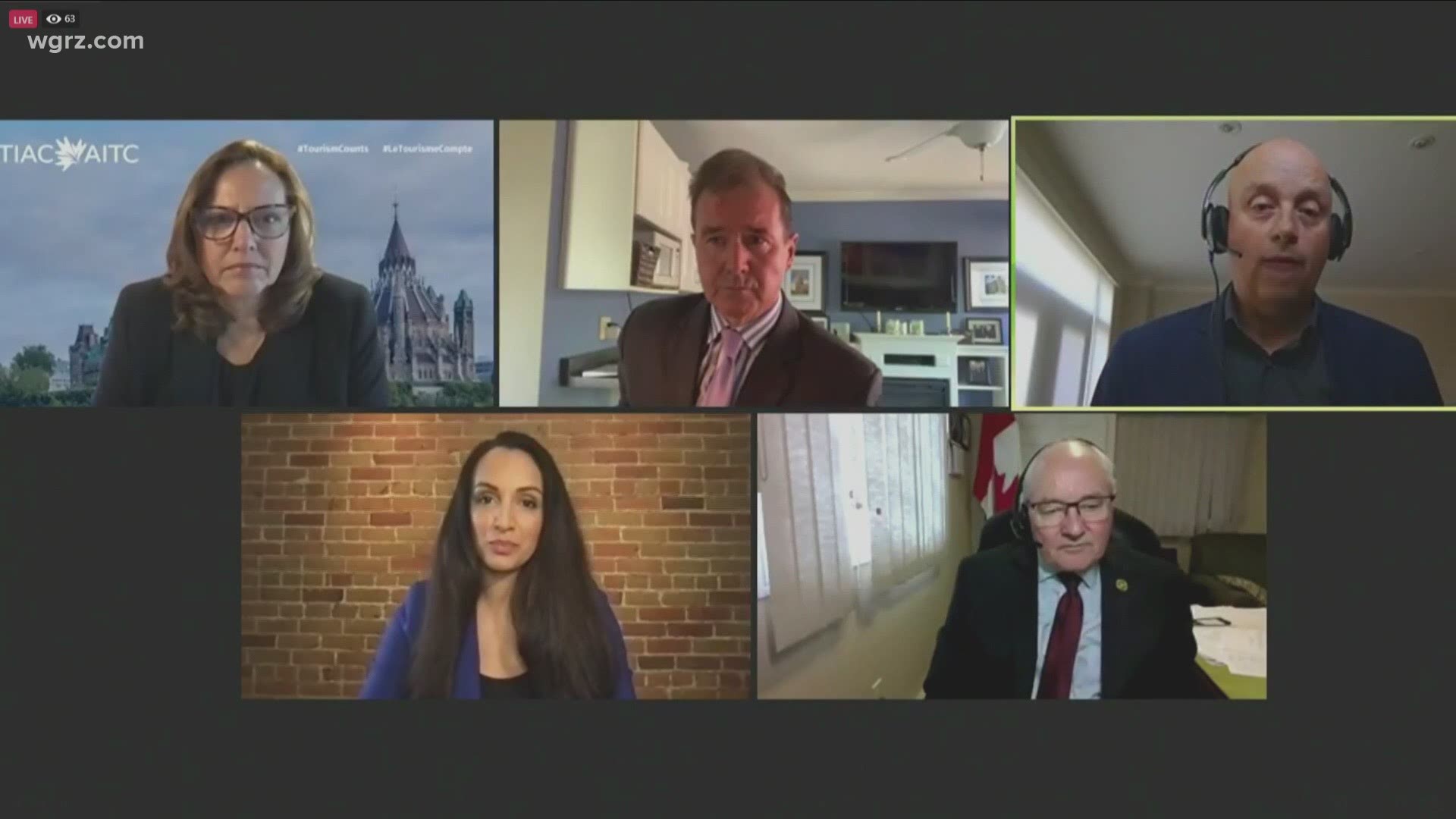 BUFFALO, N.Y. — For more than 15 months now, travel has been restricted across the border with the United States and Canada.

As pressure intensifies from many elected leaders and community members, there is some hope that developments could come this week.

U.S. Congressman Brian Higgins was among a mixed group of speakers in a panel on the border reopening, hosted Thursday by the Tourism Industry Association of Canada.

During his remarks, Higgins said the White House confirmed to him that President Joe Biden and Prime Minister Justin Trudeau plan to meet about the Norther Border this week during the G7 Summit.

"In the end, these are the only two decision-makers that matter. They can make a game-changing decision. This could be an inflection point," Higgins said.

Higgins is pushing for fully vaccinated individuals to be able to cross the border freely.

"You make exceptions for essential travelers. The National Hockey League gets an exception. Why is it that the essential traveler category is not expanded to include people who love each other but have now been separated for 15 months?" Higgins asked.

He believes there should also be exceptions for people who own property in Canada, sentiments shared by Hon. Wayne Easter, co-chair of the Canada-United States Inter-parliamentary group.

"Those seasonal residents ... they lend to our economy. They take pride in their residence. They will do their visit here in a safe fashion. They have community friends. We need to allow them in and we need to get to a normalization as fast as possible," Easter said.

Canada is still slowly coming out of its lockdown due to COVID-19. Beth Potter, the President & CEO of the Tourism Industry Association of Canada, stressed the importance of being able to plan for the future.

"We're in jeopardy of losing 75 percent of our industry. Can Canada really afford to lose its tourism industry?" Potter asked. "The never-ending, 'maybe' is too much. We need a plan and we need a plan now."

Higgins added that to be successful in opening the border, it has to be done safely and he believes with vaccinations rising, the United States and Canada must take action.

"My hope is that wisdom and science and facts and data will prevail," Higgins said.

The root of a lot of frustration is the unknown, since it's still unclear when exactly the border will fully reopen and what that process will look like.

However, elected officials hope restrictions will be at least eased by the end of June.