From Tremont to Ohio City to the Waterloo Arts District, Cleveland developers have created hot spots in neighborhoods that once fell victim to hard times.

Now the spotlight is on Collinwood, and the plan is not just to revive the neighborhood, but also bring back its rich history of manufacturing.

Clothing, accessories, fine art and even beer are just a few of the goods not just sold here in Collinwood, but made here too.

“We do want to bring the light manufacturing back to this corridor. We think it's very critical for Cleveland overall,” says Camille Maxwell, Interim Executive Director of Northeast Shores Development Corporation (NSDC).

Made in Collinwood is the new initiative by NSDC, the same non-profit that helped develop Waterloo Road.

Partnering with the Hispanic Business Center, classes are offered to help turn makers into entrepreneurs. Training includes various aspects of business from finances to marketing.

This initiative sets it sites on filling the empty buildings along East 185th Street and the surrounding areas.

Aspiring entrepreneurs and local craft makers are starting to occupy those spaces and retired police officer Amparo Vega hopes to be one of them. 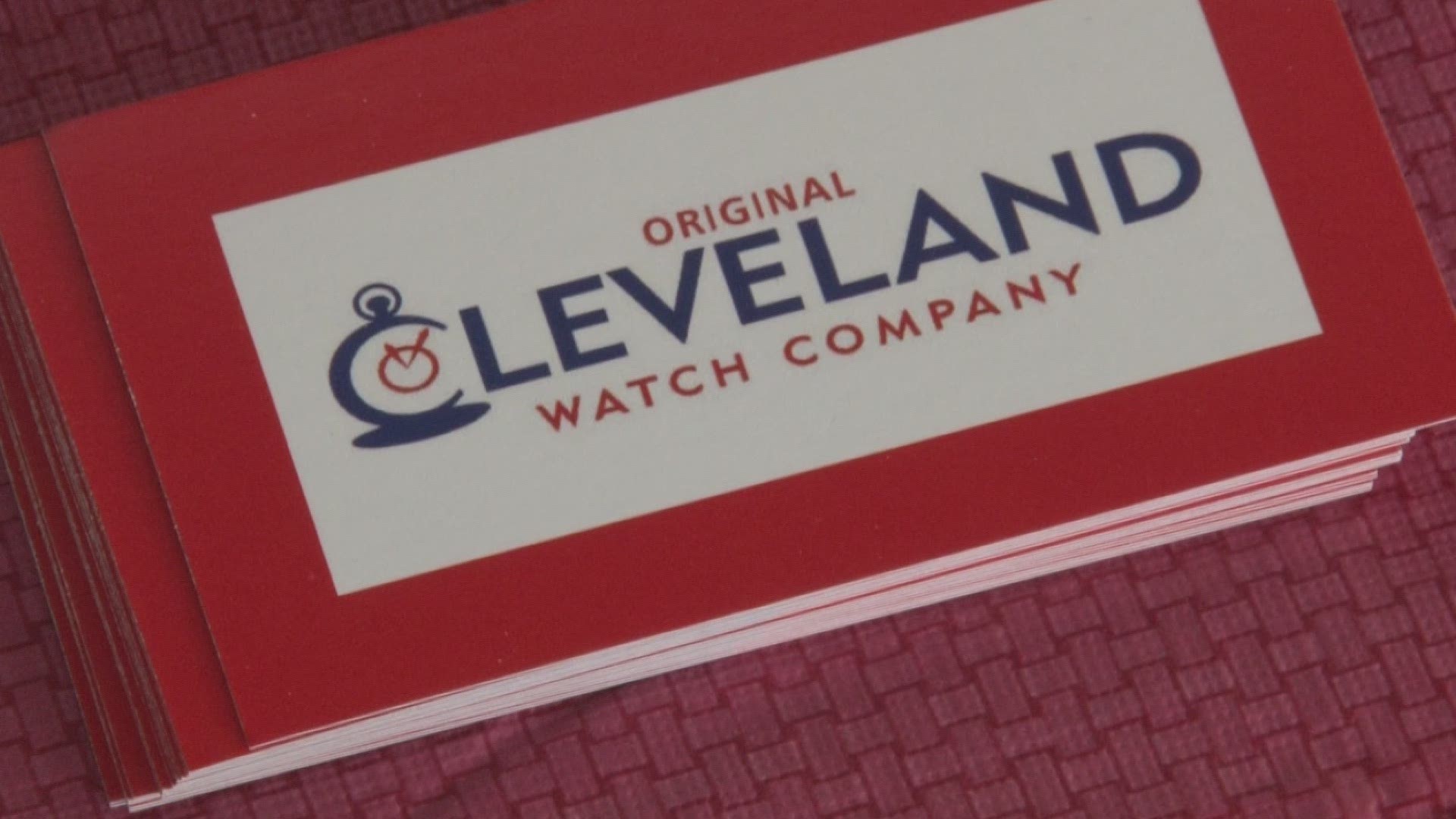 Amparo Vega is a Collinwood native who has seen the neighborhood weather tough economic times. A graduate of Collinwood High School, she spent the first 12 of her 25 years on the force patrolling in Collinwood.

“For some reason, it started to go downhill. And then, it's just coming right up again. So, I'd just love to be a part of the expansion and the growth of this area,” said Vega.

While on the force she always had the side gig of making police-themed jewelry, but it was the Republican National Convention that catapulted her business.

Vega secured exclusive access to use the RNC logo on a wristwatch. From that, she began releasing more political styles, and the Original Cleveland Watch Company was born. Vega has expanded her line, with a focus on law enforcement and high school motifs.

She's currently working to secure the grant money to open her own retail space on East 185th Street. 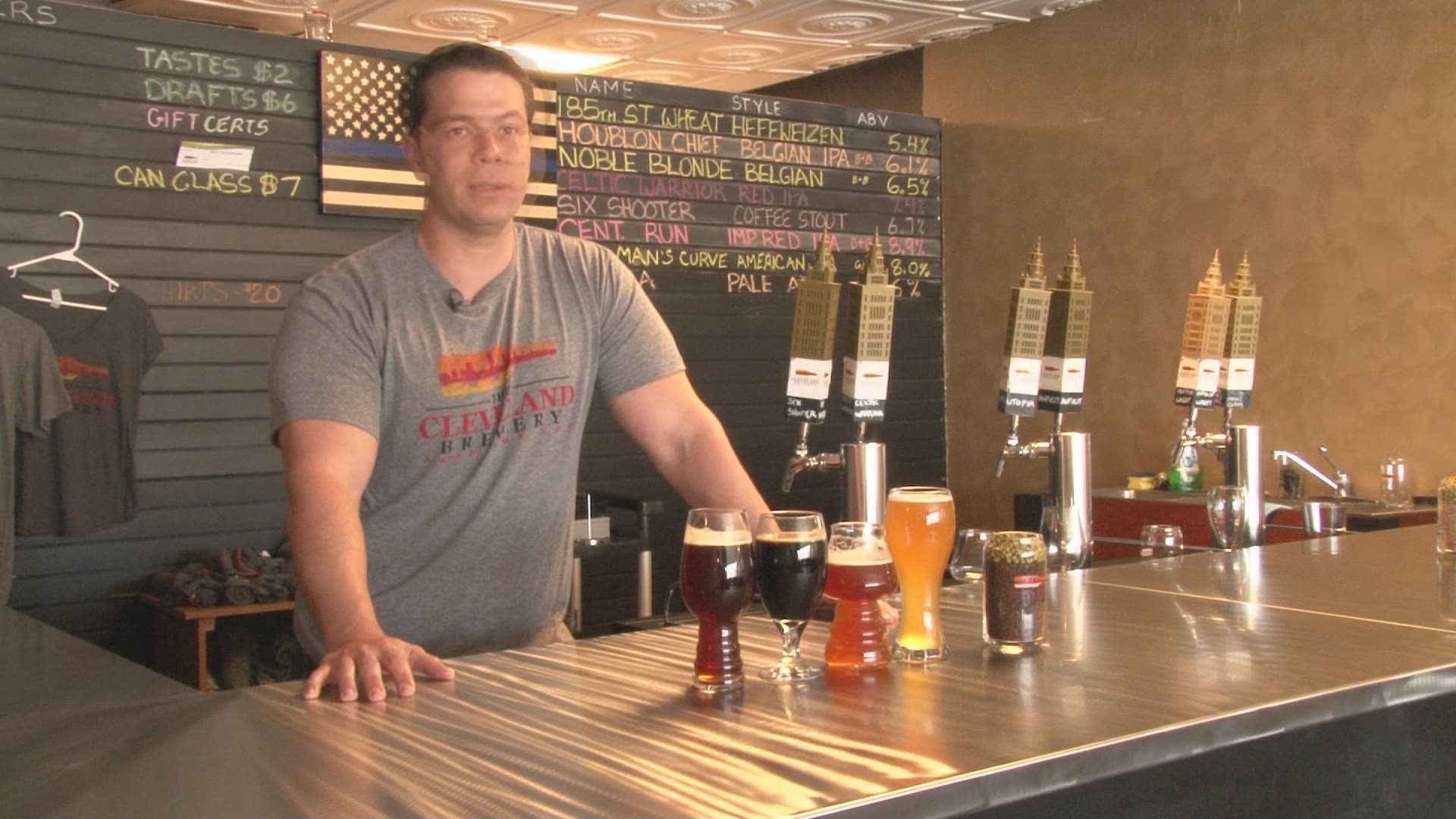 John Fuduric is where Vega hopes to be one day, having already established a space on the strip.

The Cleveland Brewery is a microbrewery, offering on-draft tastings and even kegs.

Fuduric started as a hobbyist winemaker, but one trip to Munich changed that. After a taste on an unfiltered hefeweizen, Fuduric said he and his wife “fell in love” with it, and she urged him to try beermaking.

Now the owner and brewer of his own line of beers, Fuduric opened The Cleveland Brewing Company in a space that was once a family butcher shop -- one that he can remember going to as a kid.

John Fuduric, owner/brewer at The Cleveland Brewery, tinkers in his basement microbrewery on East 185th Street.

It’s part of the reason Fuduric is so invested in the neighborhood, and why he’s happy to be a part of the change.

“You meet new people. You network, and you’ve got the neighborhood supporting each other,” said Fuduric. “I think that’s how this area is going to keep thriving and move along and move forward.”

Fuduric brews right in the basement on East 185th Street, and opens the tasting room on Fridays and Saturdays.

For more information on The Cleveland Brewery, visit theclevelandbrewery.com. 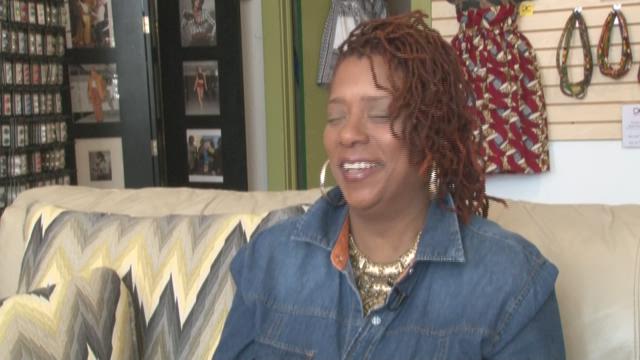 Along with reinventing the neighborhood, some of these makers – like fashion designer Dru Thompson -- have reinvented themselves.

With a heavy sigh, Thompson thinks back on her dreaded previous career.

“I worked in an office,” she said disappointedly. “So I just one day decided, let me invest in myself and start a business.”

Thompson opened Dru Christine Fabrics and Design in Cleveland Heights, centered around her own custom creations for women, men and pets. The shop carries one-of-a-kind-clothing, accessories, vintage fabrics and buttons.

Dru Thompson left an office job that she hated 5 years ago to pursue her dream of starting her own fashion business. She now owns Dru Christine Fabrics and Design on Waterloo Road.

Two years ago, Thompson wanted to move out of the suburbs and get back into what she calls a more vibrant and urban artistic community. So, she moved her boutique to Collinwood. 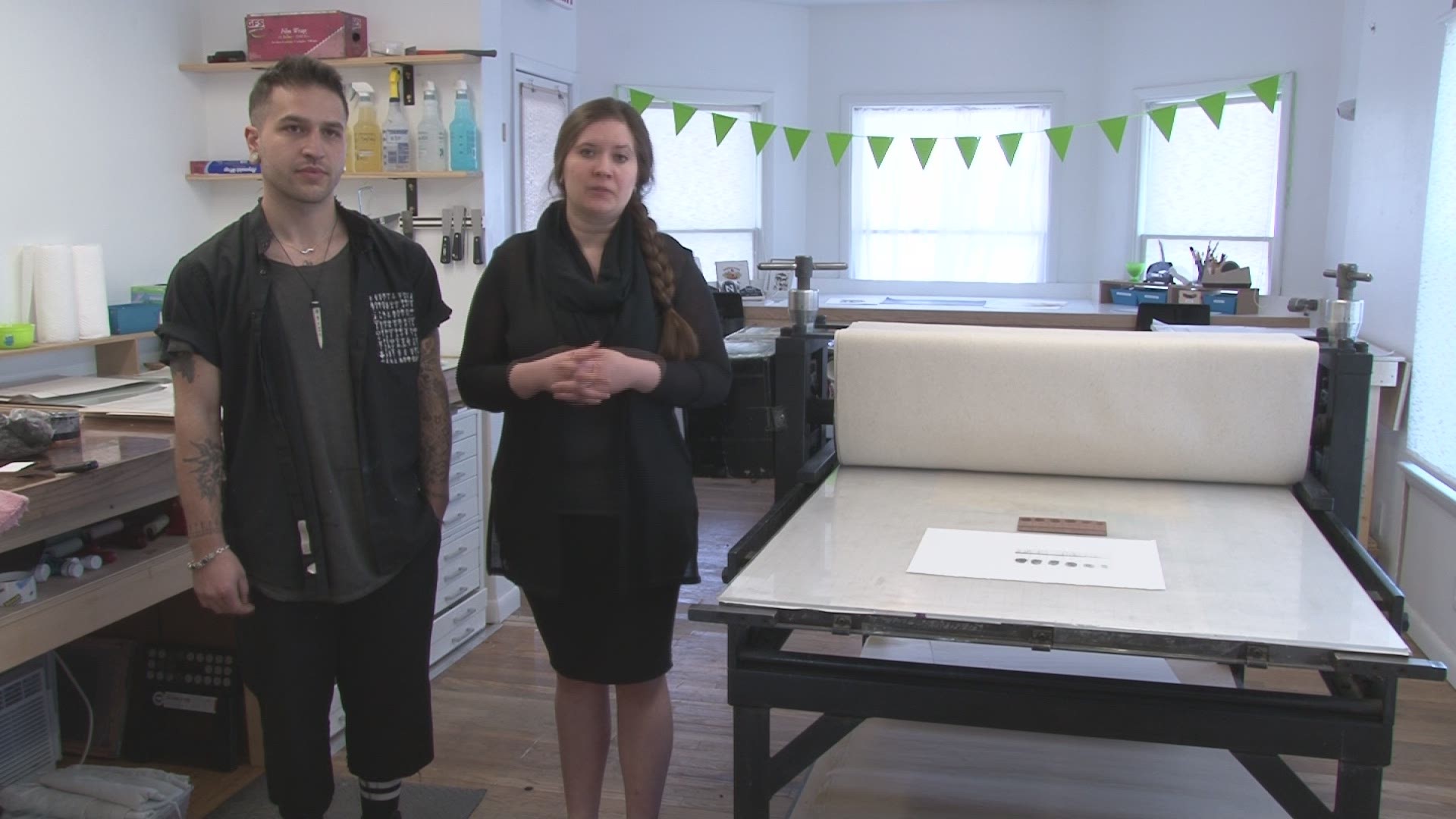 As new businesses begin to flow into the area, it isn’t just retail space that they are reviving. Some are even moving into long-abandoned homes.

Ink House is an off-shoot of Zygote Press, a non-profit that helps artists print their work. As museums and fine artists began to need more and more editions of works, Ink House was established off-site to handle the workflow in a space specifically dedicated to fine art edition work.

The production shop occupies a former residence on East 156th Street in a workspace that marries the thriving arts community with old school techniques of manufacturing.

“I think making is really important in this culture, because we’re very much seated behind a screen 90% of our lives,” said shop manager/lead printer Rebekah Wilhelm.

Metal plates are prepped with ink for fine art print-making inside Ink House, a production shop located inside a formerly abandoned house on East 156th Street.

“My first year in art school, I realized that disconnect between making art and your hand,” said Mike Lombardy, an intern at Ink House. “I realized that by using my hands, I can be more involved in the process.”

While Ink House is a space specifically for professional printmaking, beginners are always welcome to visit the original Zygote Press on East 30th Street to try their own hands at the artform. 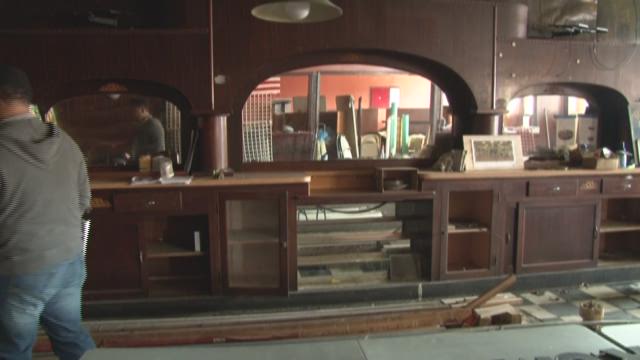 While making has strong roots in the area, all new products start with conceptualizing and end with marketing.

In an former bar near the historic Lasalle Theater, Gatewood has plans to open Full Spectrum Collinwood, a multimedia, membership-focused community space that will house high-tech tools and equipment.

Membership will be available to the public, with a focus on makers, artists and students, and members will have access to machines like 3D printers and laser cutters, helping aspiring entrepreneurs design and prototype new products.

Gatewood’s own company, Master Collective, will also be housed in the space, providing assistance with graphic design, web design and even video game development.

It’s about providing a path to success and giving the proper tools to those who might not otherwise have access.

“If we get the right support, this space can be a thing that makes people around here recognize, Hey, we can do this too, and we’re pretty good at it,” said Gatewood.

As a graduate of Collinwood High himself, Gatewood sees helping this neighborhood as a passion project. He says it’s not just about bringing in new business, but also supporting the existing ones.

“The businesses that have hung on and made 185th survive this long – taking the space that wasn’t in use and converting it, so it can help amplify what they’re doing -- it’s really exciting,” said Gatewood.

It's all in the hopes that if they make it, you will come.

For more information on the Made in Collinwood Initiative or how you can get involved, visit their Facebook page or go to madeincollinwood.com.