Many Americans, particularly parents, want jobs that give them time with family. Companies have taken notice. There are now more legitimate work-from-home jobs than ever before. 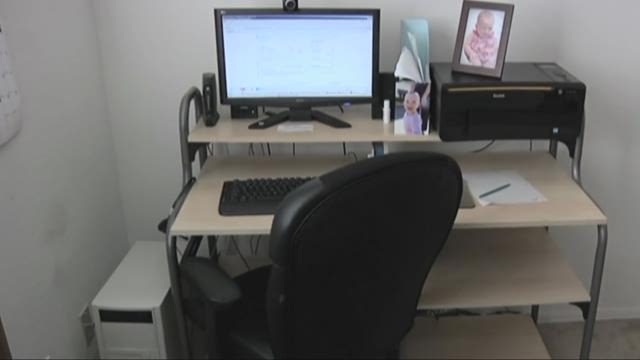 Many Americans, particularly parents, want jobs that give them time with family. Companies have taken notice. There are now more legitimate work-from-home jobs than ever before.

Who's hiring and how do you know if they're legit? That's the most important question. Because with more remote jobs available, the more scams there are out there. The FTC estimates that only one in every 55 work-at-home opportunities is legit. But we did some digging for you on how to go about finding the right one.

American Express. U-Haul. Williams Sonoma. These are just some of the big name companies, and hundreds of employers offering jobs these days for people who can't leave home...or don't want to.

"It's offered us that balance where I can continue to do what I want to do. However, I am still a mom and I prioritize my family," says Amy Misenhimer who works with the MomSource Network.

Amy joined the company, which hires moms, dads, retirees, or anyone who wants a flexible schedule.

"We really specialize in flexible full-time, permanent part-time, remote work, or job share which is where two people share one full-time position," says Courtney Jones, Founder of the MomSource network.

But that company is just one of many that place people in work at home jobs. Jobs which include everything from customer service reps which pay upwards of $10 hour at places like Amazon, to web designers at LinkedIn where you can earn six figures. And if you're good at sales, the sky is the limit

With most work-at-home jobs, you'll need a computer and high-speed internet connection. You may also need a dedicated phone line, a headset and a printer.

What you won't need for most legitimate work-at-home jobs, is to pay upfront fees, although some of the services that list jobs require a subscription.

One last thing to consider: Is the position a job, or a business endeavor? Home-based franchises, and direct sales companies often require startup fees. Many end up losing thousands, like the woman from our story last week on LuLaRoe

If you are interested in Work-At-Home opportunities, always check out the company first. Contact the Better Business Bureau and also Google the company’s name to see what people are saying.

Services that list or connect you with Work-At-Home jobs: