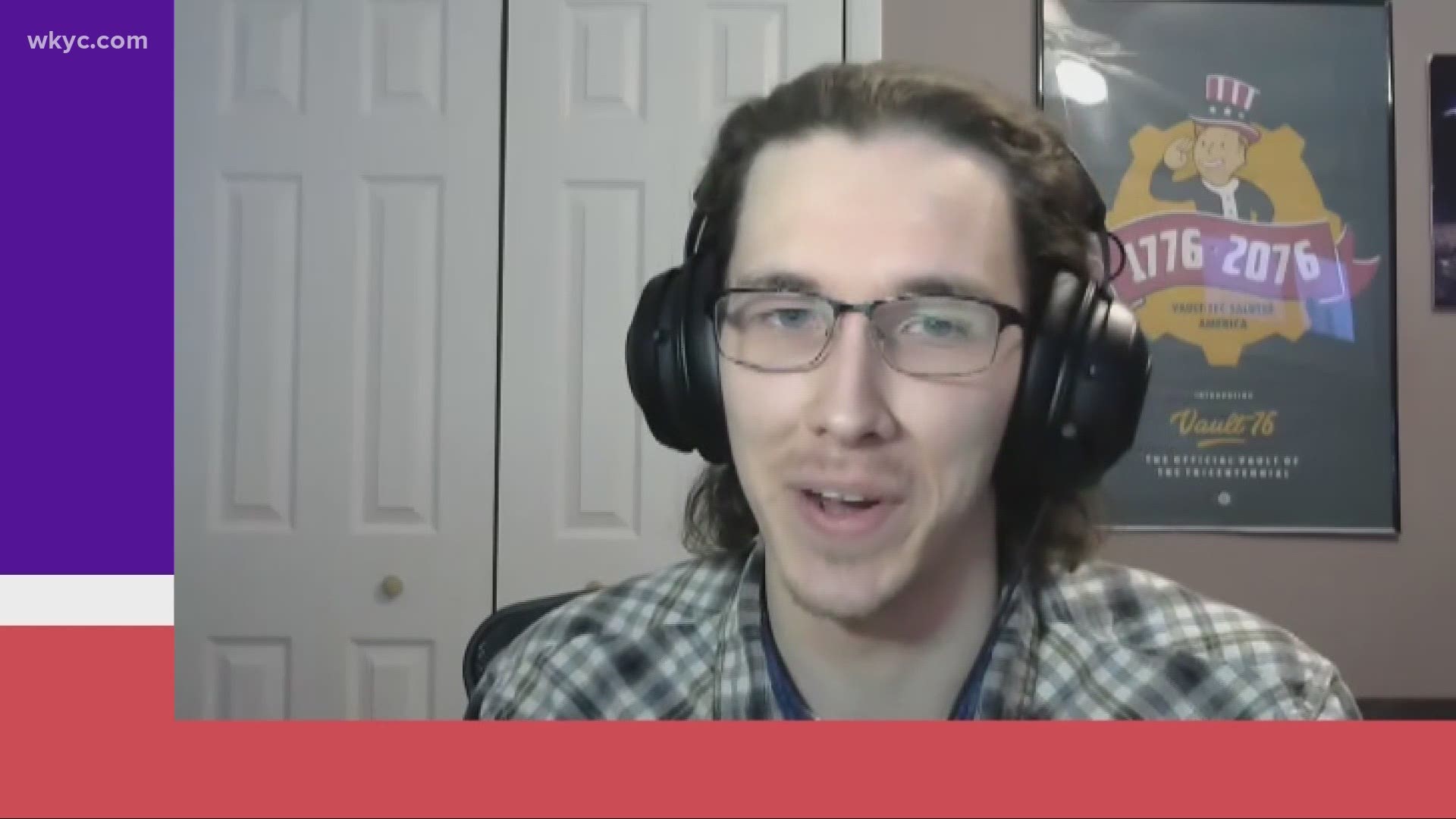 NORTH ROYALTON, Ohio — A North Royalton man is finding success in the frenzy over GameStop, whose stocks have seen a sudden surge because of individual investors.

"The symbolism I've been seeing is if we have a school of fish, a million fish --We can take down a whale, right?" he said with a smile.

Behind GameStop's sudden surge are scores of amateur investors like Frawley, who are disrupting Wall Street's institutional hold on the markets. The wild ride began when Reddit users intentionally banded together to drive up the struggling video game retailer's stock price. It reached an all-time high of $483 per share last week. Just six months ago, it was trading at under $4.00 per share, a more than 12,000% increase. The goal of many of those armchair investors was not to just make money, but to stick it to Wall Street, and teach institutional investors and brokerage firms a lesson about shorting stocks.

Shorting a stock and short squeeze: What do they mean?

When you short a stock, you borrow it from someone who owns it, for a set amount of time. You then sell it, betting that the stock will later drop. If it does, you buy the replacement stock that you have to return, at a lower price, and pocket the difference.

But if the stock doesn't drop, it's called a "short squeeze." Those investors have to buy the stock back at a higher price, and not only do they lose money -- buying it back drives up the stock price even more.

So in GameStop's wild ride, hedge funds and other institutions lost an estimated $19-billion dollars, according to data provider Ortex. Meanwhile, people like Frawley made thousands of dollars, and others have boasted about making millions.

However, GameStop's price took a plunge on Monday, losing 30-percent of its value during market trading, and saw another 16-percent drop during extended after-hours trading, ending at $189. Frawley said he's closely watching the volatility and plans to sell his shares if the stock price drops to $130. But he hopes that Wall Street hears the message from individual investors, otherwise known as retail investors, loud and clear.

"I hope that Wall Street has learned that the retail investor is incredibly powerful," he said.