A new survey shows that Americans who took on debt over the holidays owe an average of $1,054 as a result of their shopping. 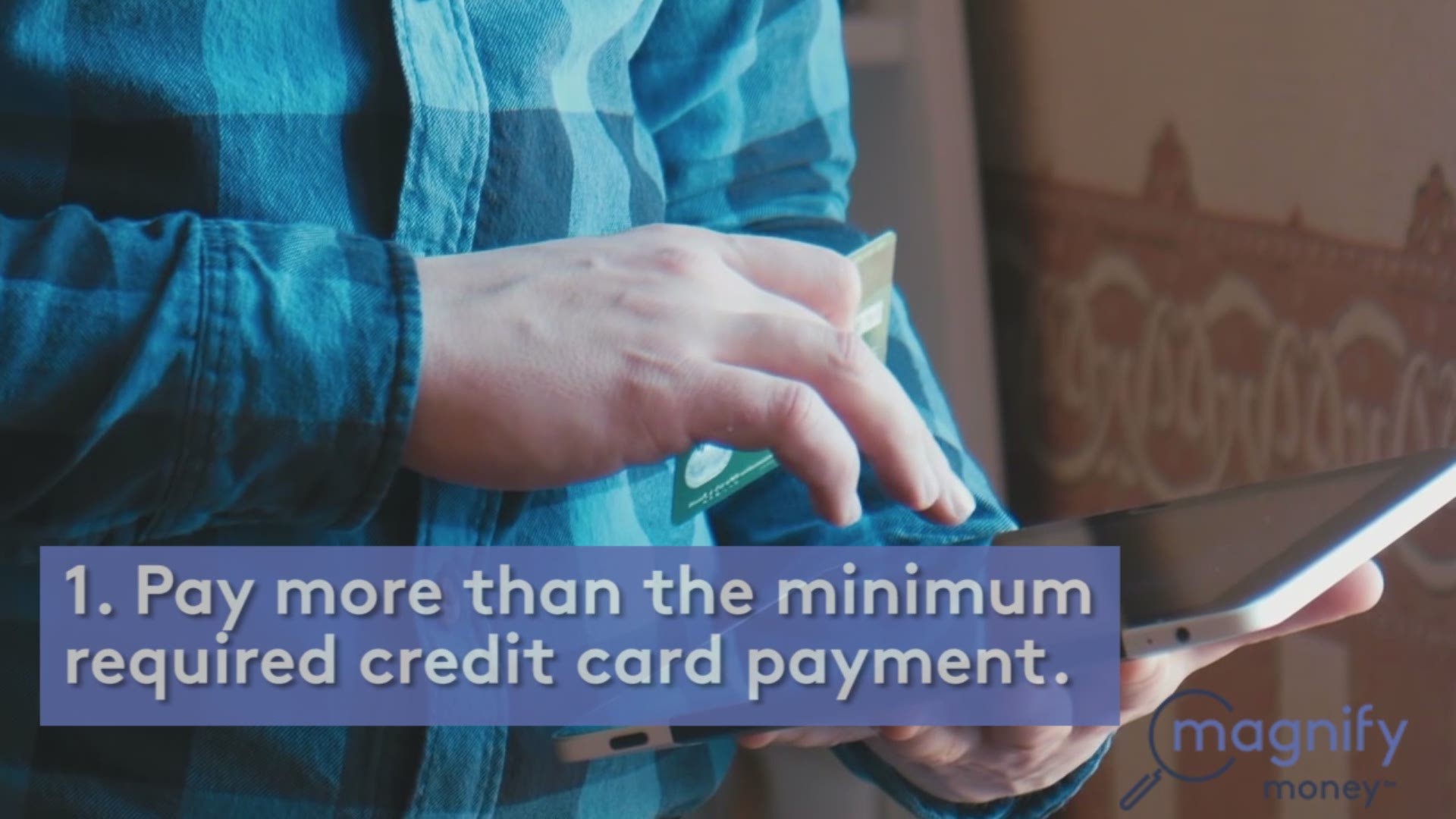 Do you have new credit card bills from your holiday spending, even though you didn't plan to go into debt? Many people find themselves with a bit of a holiday debt hangover for the new year.

Americans who said they took on debt over the holidays managed to rack up an average of $1,054, according to a MagnifyMoney survey taken this past week. Most of those shoppers — 68 percent — used credit cards to finance their holiday purchases, a higher percentage than last year. Store cards were the choice for 17 percent; 9 percent used a personal loan; and 4 percent used a payday or title loan.

1 / 4
Do you have new credit card bills from holiday spending, even though you didn't plan to go into debt? You're not alone. Americans who said they took on debt over the holidays racked up an average of $1,054, according to a MagnifyMoney survey.

Although the survey results were similar to those MagnifyMoney found in 2016, the average amount of debt this holiday season increased by 5 percent. And that's just the average: 18 percent of debt-laden shoppers took on more than $2,000 of debt. For most, none of this spending was planned. According to the survey, 64% of those who have holiday-related debt didn't expect to incur it. That lack of planning can lead to problems later.

Only 49 percent said that they expected to pay off their spending in three months or less, while more than half of the consumers surveyed said it will take more than three months to pay off their holiday spending. More worrisome, 10 percent said they would only make minimum payments — a rate that will take much longer than a few months to eliminate that balance. A shopper who spent $1,054 (the survey average) and paid a minimum payment of $25 each month would be paying down that balance for more than five years. If they used a credit card with an annual percentage rate (APR) of 15.9%, that also amounts to an additional $500 in interest payments over that time – nearly 50 percent more than the original spending.

How to start tackling debt in the new year

Whether you are facing holiday debt or general deficit that's been nagging you for a while, you can make 2018 the year you finally become debt-free.

Considering refinancing your credit card debt to save money on interest, either through a debt consolidation loan or by using a low- or zero-percent intro balance transfer offer from another credit card issuer.

Track your spending and figure out where your extra funds are going. Shift them over to your debt to maximize your income.

If you're tackling debt on several cards, try using the snowball method: Order debts from smallest balances to biggest and start by paying off the smaller debts first. You'll build momentum and start feeling good about your progress early on, which will encourage you to keep going.

Track your credit along the way. Finding out what's in your credit reports (available for free at AnnualCreditReport.com) will confirm that there aren't any unexpected surprises waiting for you should you consider refinancing with a lower-rate personal loan or zero-percent balance transfer offer from a new or existing credit card offer. You should also watch your credit score, which you can easily get for free through credit cards or tools like Credit Karma these days. As you pay off your debt, it will feel good to watch your score improve along the way.