The ultimate guide to pet insurance

Nearly 1.8 million pets were insured in the United States and Canada in 2016, 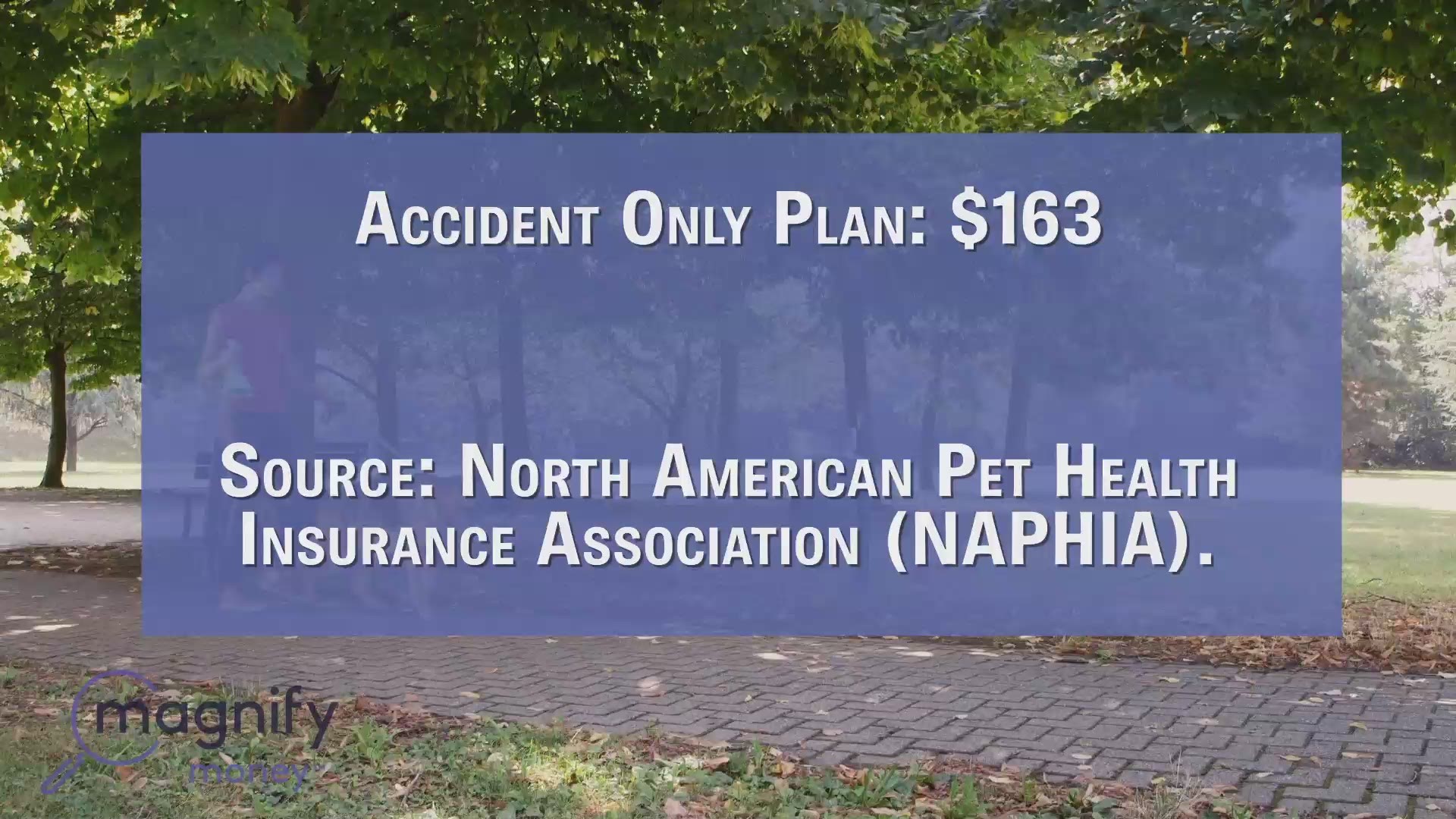 More pet owners are buying insurance to cover the cost of accidents, illness and routine checkups, but that hasn’t made it any easier to decide if it’s really worth the extra expense or not.

Nearly 1.8 million pets were insured in the United States and Canada in 2016, which is an 11.5 percent increase from 2015, according to the North American Pet Health Insurance Association (NAPHIA).

Still, that represents a mere fraction of the estimated 400 million pets living in U.S. households today.

One factor holding pet owners back from investing in an insurance plan for their pet could be cost. Annual premiums for coverage can range from $163 (accident-only coverage) to $496 per pet (for a plan that covers both accidents and illnesses), according to the NAPHIA. Those costs can become much higher depending on the age of your pet, type of animal and where you live.

What Pet Insurance Covers — and What It Doesn’t

Depending on the insurer and how much you’re willing to pay, you can get several different tiers of coverage for a pet.

The most basic plans offer one or the other: wellness visits or accident-only coverage (similar to a catastrophic health care plan for us humans). At a more comprehensive level, plans can cover illnesses and wellness visits as well as routine checkups. Prices also vary based on what type of pet you have.

For example, Nationwide offers a comprehensive dog insurance plan that covers wellness exams and visits, accidents, hereditary conditions, chronic conditions, and pay back up to 90 percent on some veterinary bills. The price starts at $65 per month or $780 per year. You can pay less and get less coverage.

Their so-called “major medical plan” covers accidents and illnesses but doesn’t offer coverage for wellness exams. The plan starts at $35 per month.

And at the bottom rung of coverage is a wellness plan starting at $18 per month and offering basic coverage for things like flea and heartworm prevention and vaccinations.

It make take time, but it’s important to comparison shop between different pet insurers before you decide on a plan. Sites like petinsurancequotes.com offer ways to compare insurers and plans.

While pet insurance can cover many emergencies, the type of plan you purchase will determine if the insurance pays for medical care beyond accidents. Wellness visits and vaccines are not covered by Trupanion, for example, which insures only cats and dogs. Grooming and nail trimming are not included in Nationwide’s wellness package.

While it’s now law that insurers can’t deny humans insurance based on pre-existing conditions, the same perk isn’t enjoyed by pets. Pet insurers such as Trupanion and Nationwide do not cover pre-existing conditions that the pet had before coverage began. Nationwide limits coverage for hereditary disorders by breed — such as cardiac arrhythmia in Boxers — in some plans, but offers full coverage for those conditions in its comprehensive Whole Pet with Wellness plan.

For this reason, the best time to purchase pet insurance is when the pet is young because there is little chance of pre-existing conditions. The average age of insured cats and dogs was 4.86 years in 2016, according to NAPHIA.

“Now people are demanding more for their pets,” says Dr. Simon Platt, a veterinary neurologist and professor at the University of Georgia College of Veterinary Medicine.

Insurance appeals to pet owners who prefer to pay a monthly cost for future health expenses instead of doling out hundreds, or even thousands, of dollars when care is needed.

When Destin Miller’s mixed border collie, Ӧzil, had gastric problems, her pet insurance from Trupanion covered $320 of the $350 bill for medication, fluids, blood work, and 24 cans of special dog food. The $30 that Trupanion did not cover were the dog’s two exams.

“They were all approved … extremely quickly,” says Miller, 23, a graduate student at the University of Georgia in Athens, Ga.

Miller says it is easier for her and her fiancé to pay about $80 per month in pet insurance because she knows it could help cover greater expenses when her dogs are sick.

In 2016, the average claim amount paid for accident and illness plans was $263 in the United States, according to the NAPHIA 2017 report.

When deciding whether or not to purchase pet insurance for your animal, there are several factors to consider other than cost:

Tips to save on pet insurance

Shop around and compare rates. More than a dozen companies offer pet insurance, with some under brands and entities with names like Pet Protect and Nuzzle, based on a list of NAPHIA members and a list of companies compiled by the AVMA. Providers include major home, auto and life insurers, such as Nationwide and Geico, while some companies, such as Trupanion, PetFirst, and Healthy Paws, specialize in insuring animals. It’s important to get quotes from insurers and compare coverage yourself to make sure you’re getting the best rate.

Free trials from pet shelters. Pet shelters also sign up owners for insurance, typically by offering a free trial for the first 30 days. However, after the trial, you could be charged unless you cancel the policy. Discount membership clubs, such as Sam’s Club with PetFirst Pet Insurance, also offer pet insurance.

Your employer. Some companies, such as Deloitte, Microsoft, and Chipotle Mexican Grill offer pet insurance as an employee benefit. See if your employer offers a policy.