These 18 states are raising the minimum wage in 2018

The minimum wage is rising for the first time since 2009 in 18 states. 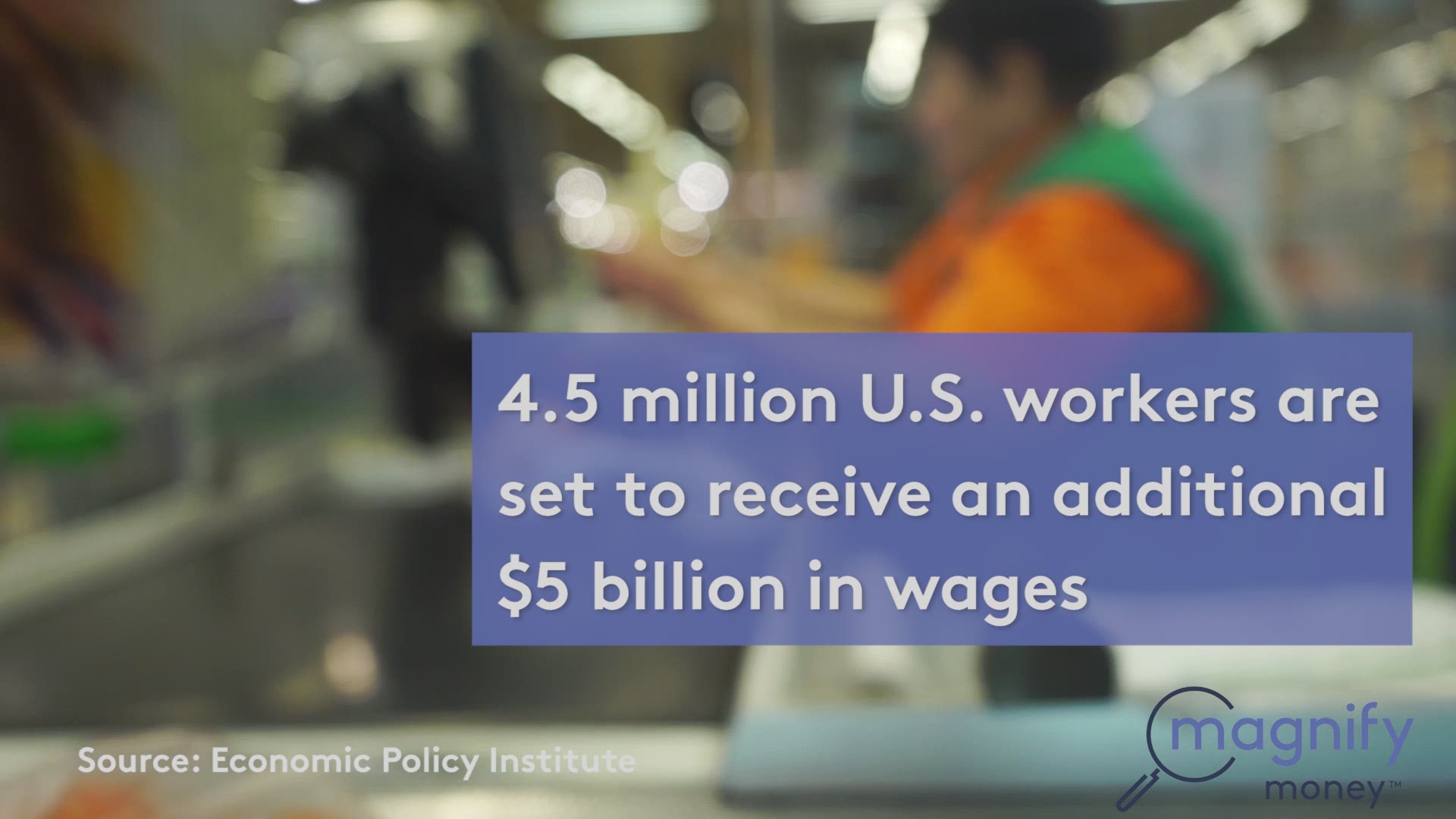 Roughly 4.5 million workers in 18 states are starting off the new year with a pay raise.

Many of the new minimum wages are significantly higher than the federal minimum wage of $7.25, a rate that states are slowly but surely leaving behind. The Wage and Hour Division of the Department of Labor enforces wage laws, but a new federal minimum wage cannot be set unless a bill is passed by Congress and the president signs it into law.

Since 2009, the last time the federal minimum wage was raised, states have had to act independently to counter rising costs of living as well as the demands of their citizens.

Some 80 million Americans are paid hourly — a group that makes up nearly 59 percent of all wage and salary workers.

The 2018 wage increases were, for eight states, due to cost-of-living increases, and for 10 states, a result of approved legislation or ballot initiatives.

Who gets more pay?

An estimated 4.5 million U.S. workers are set to receive a total of $5 billion in additional wages, according to the Economic Policy Institute.

“Increasing the minimum wage is a crucial tool to help stop growing wage inequality, particularly for women and people of color who disproportionately hold minimum wage jobs,” wrote Janelle Jones, an economic analyst with the Institute. “As low-wage workers face a growing number of attacks on their ability get a fair return on their work, Congress should act to set a higher wage floor for working people.”

Keep in mind, however, that tipped wages are significantly lower than minimum wages, and wage laws have exceptions, such as full-time students or persons with disabilities. Not every employee who works on an hourly basis is affected by the changes.

Where is the minimum wage increasing?

Here’s a breakdown of the 18 states with higher minimum wages in 2018, using information from the National Conference of State Legislatures. These states join the 19 states in 2017 that raised their minimum wages.