Houses in Northeast Ohio are being sold within 48 hours of being listed. 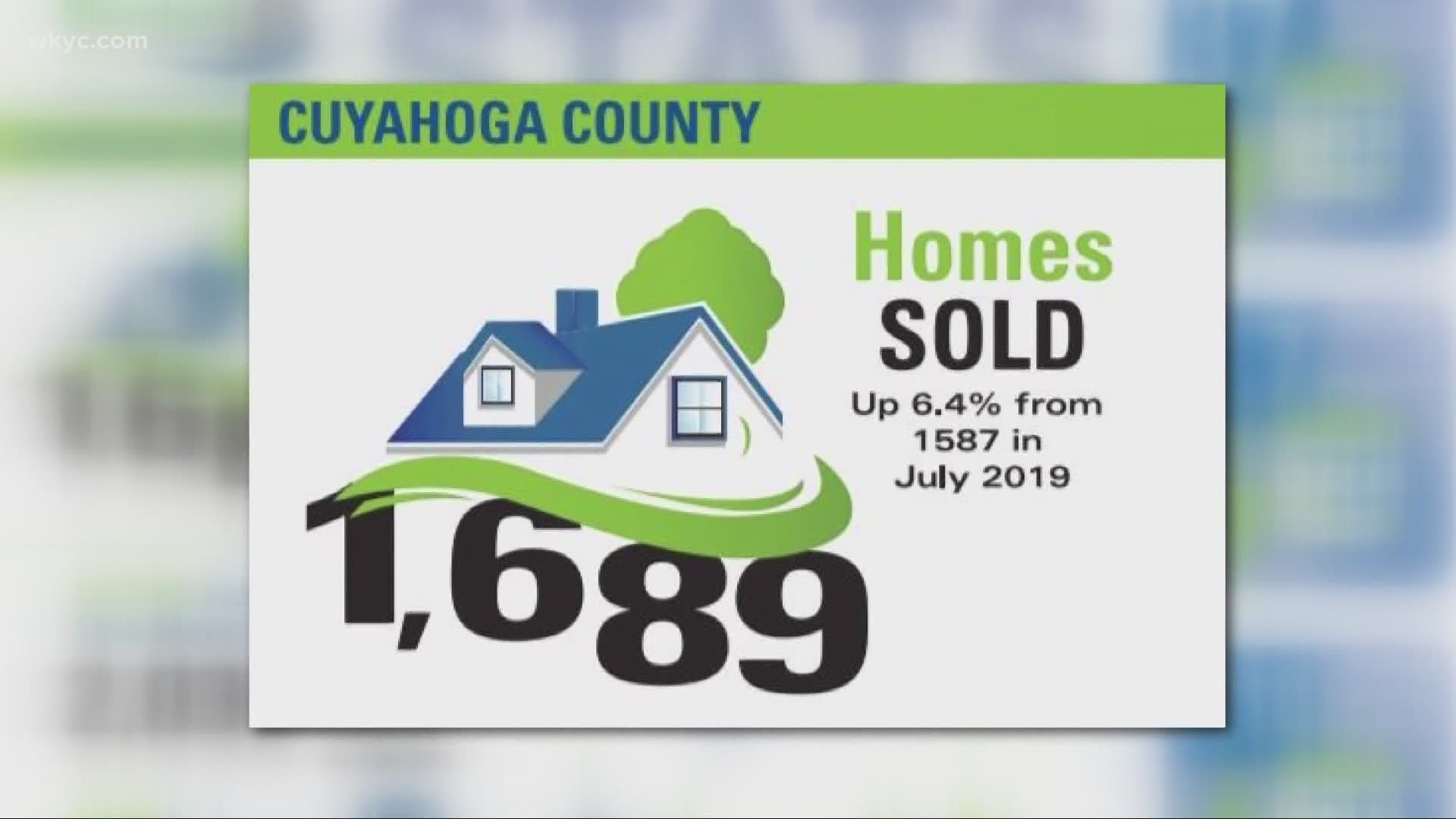 So fast that homes are being sold within 48 hours of being listed.

"We are seeing that if we price something competively that it is going above ask and we’re having everything from four to 19 offers in some cases within 24 to 48 hours," says Kim Crane of Howard Hanna and the Kim Crane Group.

After a slow start to the year, Crane says it’s picking up with low mortgage rates for buyers.

"People just want to grab whatever they can because we don’t know what the future will bring with rates but they’re probably lifetime lows. So people are seeing a value in making a real estate investment," she adds.

But there’s also a low inventory of homes. So finding homes for clients can be difficult.

The Akron-Cleveland Association of Realtors released numbers on the market in Cuyahoga County – showing home sales up six percent from July of last year – and active listings down 30 percent from the year before.

"Having a normal listing could stay on the market for a month before it would get a realistic offer. Not now. If you’re on the market for more than six or seven days, you’re overpriced," says Judy Gorbett Darwal, immediate past president of Akron Cleveland Association of Realtors.

New home sales are also rising. The Commerce Department is reporting about a 14 percent increase in July. Realtors say the draw to getting a new place now – has a lot to do with finding more space.

"They want a home office space because they’re less likely to go to the office or maybe they’re home school. There’s just different needs so people just want to get settled and make a strong investment," Crane says.