Exclusive: Online romance scammer reveals how he hooks his victims

The secret’s out! We have the actual “playbook” they use to trick people looking for love. 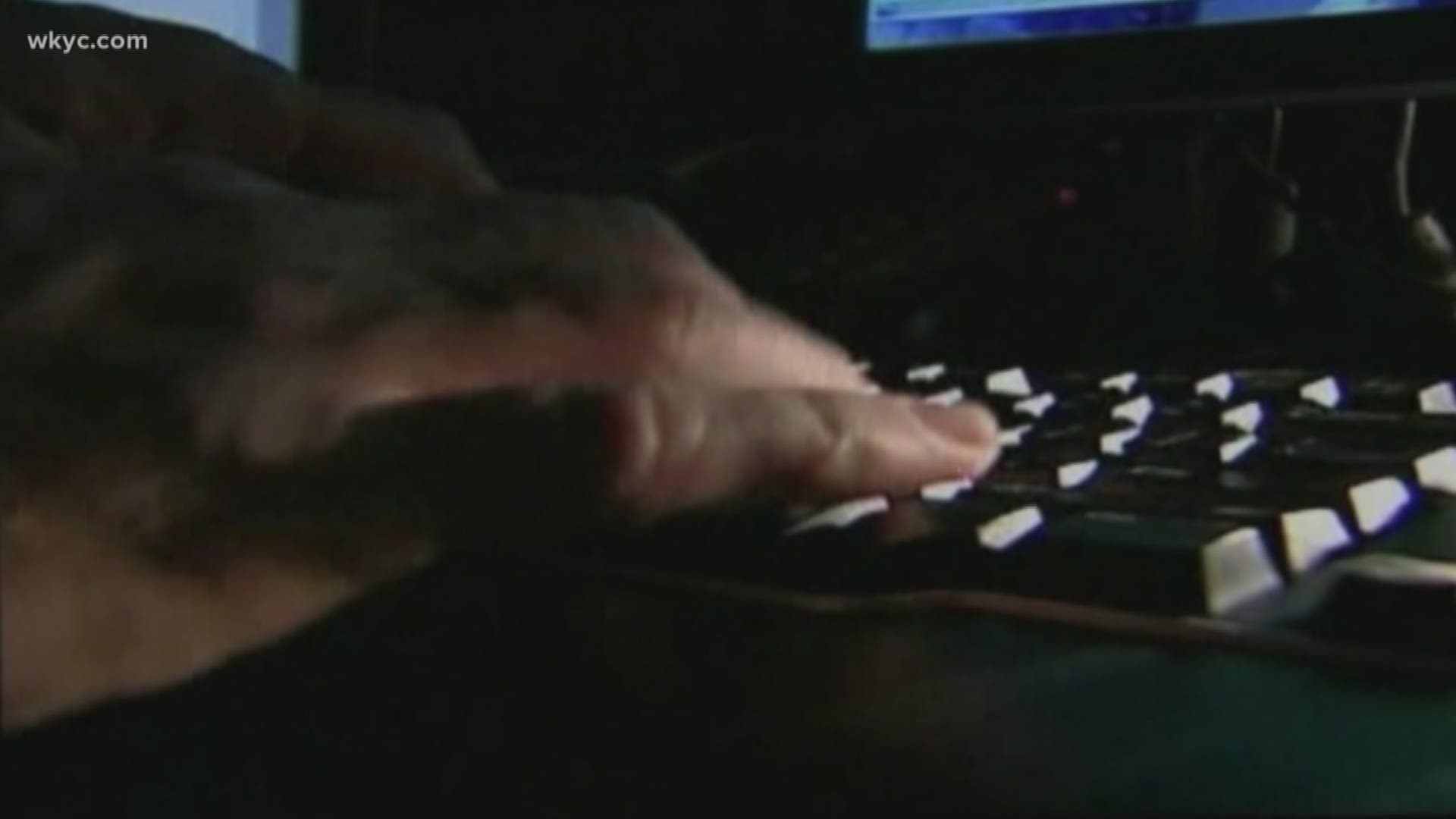 CLEVELAND — Were you alone this past Sweetest Day? If you were, you may have joined the ranks of 50 million Americans who have ventured into online dating.

It's big business. Not just for the online sites, but for scammers. Last year, unsuspecting Americans lost more than $140 million to the swindlers. And after hearing directly from one of these “professionals”, we learned they have this down to a science.

One woman we spoke with lost her life savings, $300,000. She didn’t want to reveal her name, but says the man with whom she was talking to online wooed her for months, before getting money from her. He started asking for small amounts, and then increased his requests.

"I really hesitated. It scared me. But then he called me, continuously called me. Asking me and assuring me that I would get my money back."

RELATED: Police warn of scam targeting Venmo users through text messages
Some might call her naïve, but after we heard a phone call with an admitted scammer, we got a little heart stopping insight into how it happens.

A Nigerian man who calls himself Ogbama Godfrey, but goes by the name “Luke” when he’s online said, "Most of them are really desperate. And that's why most of them will fall for these scams."

The video call was provided to us by Social Catfish, a site that helps people verify the identity of the person they're talking to online.

In a YouTube video for his company, Co-Founder Dave Mcclellan says of his site, "Type in the name, upload a picture and you might be surprised at what you find."

They got in contact with the scammer through one of his victims, and he agreed to talk.

In their conversation Mcclellan asks, "Do you try to target people that are not intelligent or does it even matter?”

In broken English Godfrey responded, "It doesn't matter. It's looking for anybody who's going to love."

The con man says, scammers like him hit dating websites or social media groups targeting widowers or divorcees. And they use profiles often stolen from someone in the military, which serves as the cover of why they can’t meet their victim in person.

"When I create a profile,” he says, “I'll look for someone (a man) who is attractive, just type #Marines, and I start seeing photos of Marines. I just go through their profile and see all the photos of them, getting complete details."

Then, he says, they cast a wide net sometimes communicating with hundreds of people at a time.

Social Catfish also got hold of an actual script the scammers share with one another, on what to say to reel in victims.

It’s everything from how to flirt: “I like you a lot and I don't even know you yet. I just have an idea.”

To winning them over by appearing sensitive: “I do not go out often that much ever since I lost my late wife. The few times that I go out, must be with my kids.”

Once they're on the hook, comes the money grab, where they tell the victim, “I can't leave the country. The Government just held me. I need some money, and when I'm back, I'm going to pay you back.”

And boy are they good. 21,000 people were conned last year. That woman we heard from earlier who lost everything just another one of them.

“We go into this believing these people are real people. True, honest people," she said.

Watching the interview with the scammer, it’s clear most of them have zero remorse about what they're doing.

Some make hundreds of thousands of dollars at this con, which makes them millionaires in their country. But the scammer in our story said he actually fell in love with the woman he conned.

Here are some tips on how to avoid becoming a victim of a romance scam:

What you need to know about romance scams

Here is more information on the Nigerian romance scammers and their "playbook":

RELATED: Robocalls nearly 75% of complaints for Do Not Call Registry violations