All-Star in Your Life: North Ridgeville baseball coach is a hit with her team

Marla Wilson is respected by her peers, community, and every member of the boys 13 and under team. 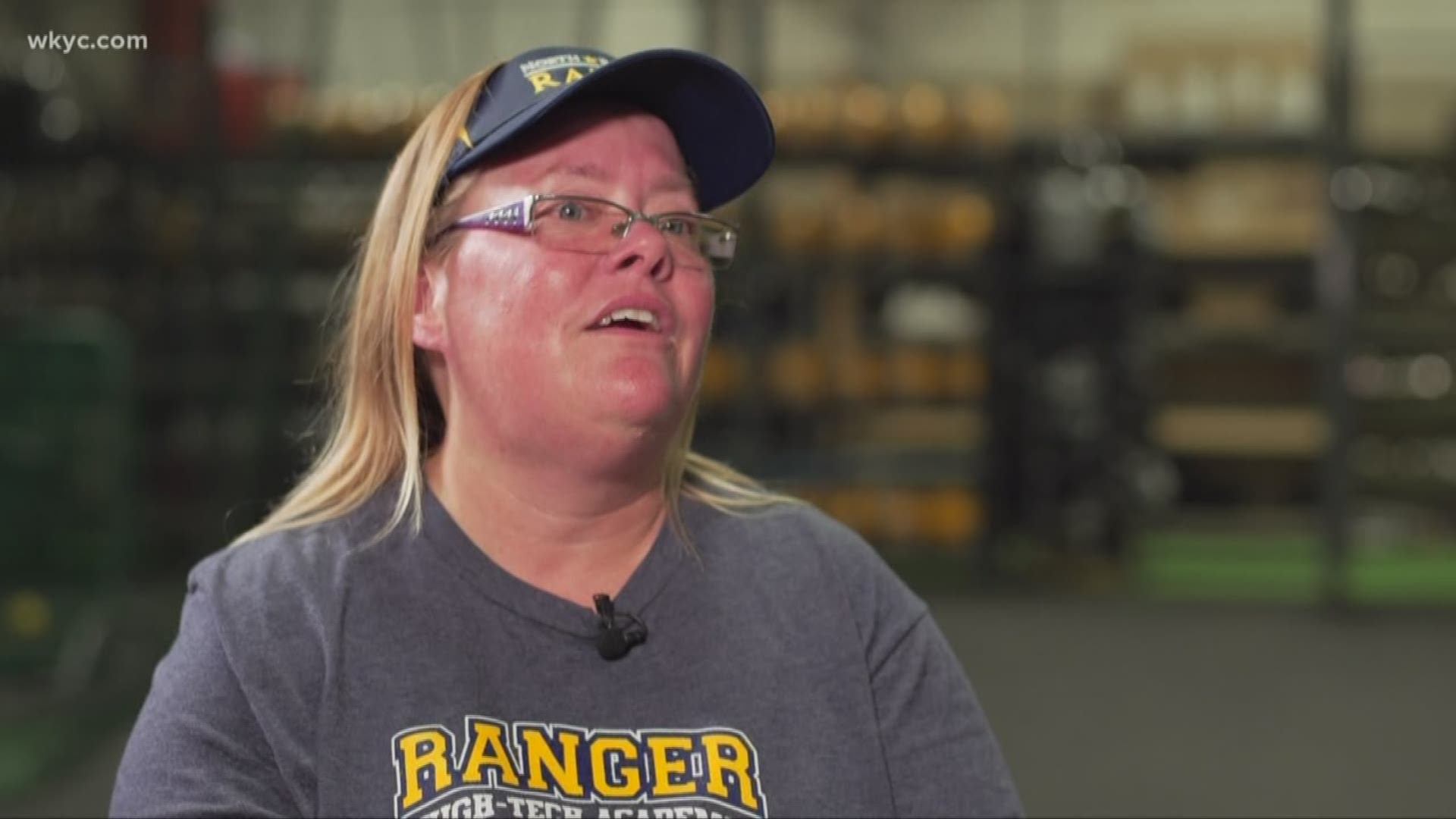 NORTH RIDGEVILLE, Ohio — Marla Wilson gives back so much, she forgets about her own medical struggles. Her community sees it. You see, Marla, is an all-star coach, beloved by her 13 and under boys baseball team in North Ridgeville.

If you're ever looking for her, chances are you'll find her right on the baseball fields, where she's site supervisor for the recreation department.

When she's coaching, she also taking care of a team she considers her family.

“When they’re out on the field, they’re my kids," Marla said.

They're kids, Marla goes the extra mile for every day -- all, while dealing with Devic's disease, which causes her to become exhausted, and endure extreme discomfort.

"It’s like a burning, stepping on nail pain, that I walk on constantly," Marla described. "I mean, it just wipes you out."

But stop her from doing what she loves? Not this coach.

"I don’t let that get me down. I just keep going," Marla told us. "When I’m on the ball field, I can get there, and I’m dead tired or sore, and I don’t remember it for two hours."

Marla's perseverance is admired by everyone in her life. Especially, Janet Graff, her best friend of 26 years, and the person who nominated her for All-Star in Your Life.

Janet considers Marla to be her sister.

"There’s a lot that she’s done over the years, and she is … I just can’t really explain it," Janet told us, through tears. "She’s been with me at some of the most difficult times of my life. She’s just always there and she’s been sick the entire time."

Somehow, Marla has room in her heart for it all. She's also a tireless volunteer in the community, and full-time caretaker to her 13-year-old grandson, Drew, who has autism.

"With my struggles, I can relate to his struggles, even though they’re different. And, I think I understand him a little bit better," Marla explained.

Drew plays hockey, taekwando, and other sports. Marla, is there for everything. And, no one believes in him more, than his grandma.

"He had a coach tell him he wouldn’t be a goalie. And, he’s proved that coach wrong," Marla said. "When he pushes through, then we know, ‘Hey, he’s got that accomplished.’ Because it’s constantly a stepping stone with autism."

The lifetime bonds Marla has built through the years transcend the community, the meaning of family, and the lines on the field.

"I have (boys) that I’ve coached, now in college, and they’ll still call me," Marla told us. "All are just like my kids."

Winning isn't everything to Marla. But, hard work is. And, the love of the game.

She's making a difference in kids' lives, one game at a time.

“Our kids nowadays need it. Need positive role models. Need a grown up that they think just cares ... I hope I'm that one," Marla said.