As Rocket Mortgage FieldHouse is introduced, here are some other uniquely named sports venues

A large bulk of stadiums and arenas (especially in the pros) now have corporate sponsors tied to their names. 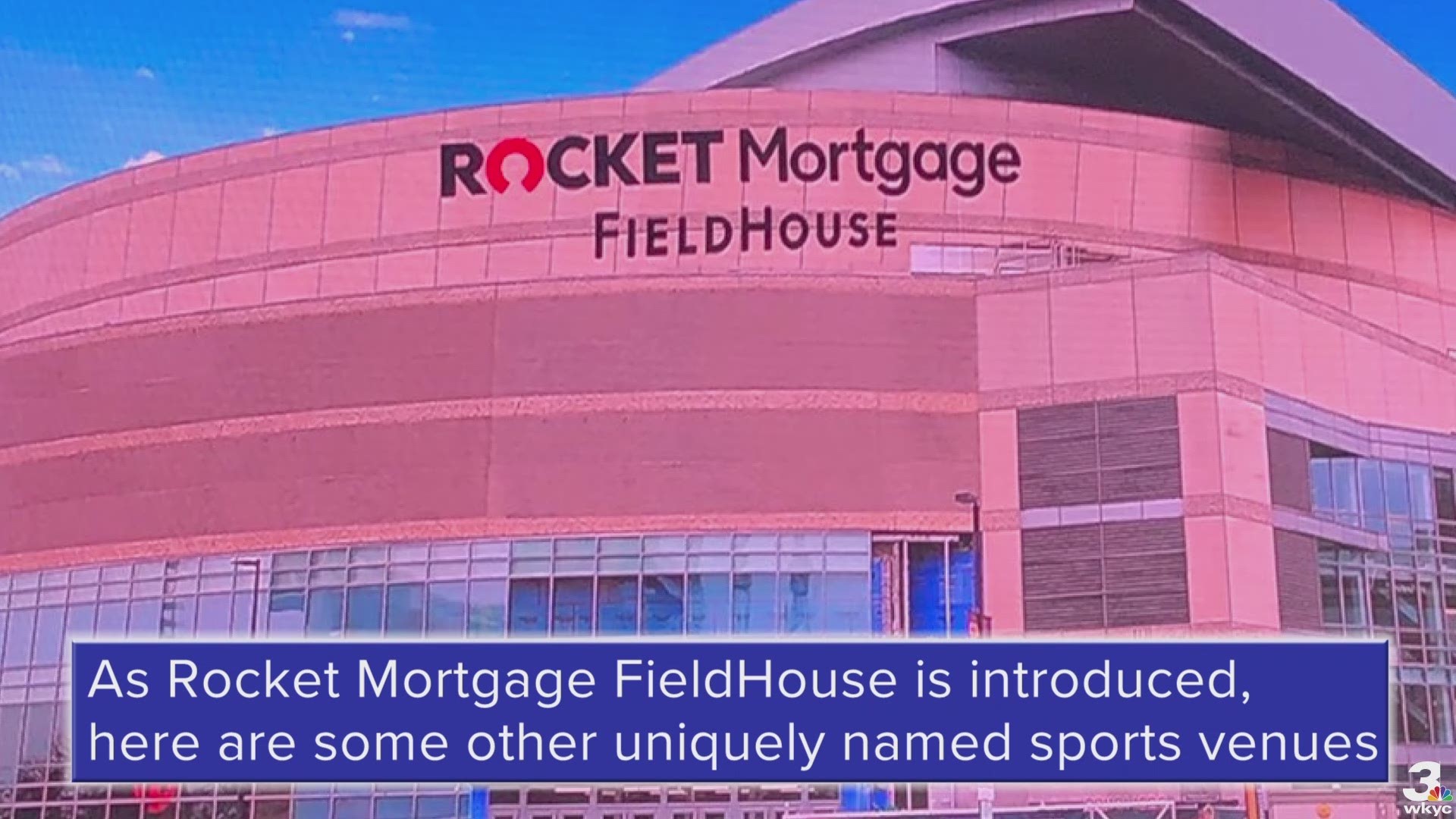 The Cavaliers officially ushered in a new era Tuesday, announcing the renaming of Quicken Loans Arena to Rocket Mortgage FieldHouse.

The change continues a trend across North America of corporate-sponsored names for sports venues. Gone are the days of Jacobs Field, Cleveland Municipal Stadium, and Gund Arena. The sponsorship dollars are just too much to turn down.

A large bulk of stadiums and arenas (especially in the pros) now have corporate sponsors tied to their names. While some have become natural in their own right, others are a bit more...unique.

Here are a few sports venue names that made us raise our eyebrows just a little bit.

This 27,000-seat complex has always found itself under the corporate umbrella, first as the Home Depot Center and later the StubHub Center before a deal was struck with the California-based non-profit. Besides being the permanent venue for the LA Galaxy of MLS, it is also the temporary home of the Los Angeles Charges, making it the smallest stadium in the NFL.

Upon its christening in 1991, this stadium originally opened as Comiskey Park, borrowing the traditional name of its predecessor. However, following a more-than-decade sting as U.S. Cellular Field, the ballpark adopted its current identity in 2017, and the subsequent backlash led Rolling Stone to declare it "the worst stadium name in sports."

The glistening new arena replaced the iconic Freedom Hall as the home of Louisville Cardinals basketball in 2010, and the name branding of KFC isn't all that surprising given the company's grand status in the state of Kentucky. Yet, it is the presence of the "Yum!" (complete with exclamation point) that still earns this name a little bit of good-natured ridicule.

Credit: AP
The Olympic Saddledome, a $97 million, saddle-shaped arena, is shown with the Calgary, Albert skyline in the background on Jan. 25, 1988.

It's not even the corporate sponsor that gets this one on our list. It's that this arena (originally built for the 1988 Calgary Olympics) is actually named the "Saddledome," due to its saddle-like design. The NHL's Flames have played under that saddle for over 30 years, with other names including Canadian Airlines and Pengrowth.

Credit: Gerald Herbert/AP
Preparations are seen in the Smoothie King Center, in advance of the NBA All-Star festivities on Thursday, Feb. 13, 2014.

This place was named (innocently enough) New Orleans Arena when it first opened in 2002, but the NBA's Pelicans later inked a 10-year deal with Smoothie King out of Dallas. As the team has never been past the second round of the playoffs, enjoying a nice, cold health drink may be the next best thing.

Credit: Rick Scuteri/AP
Talking Stick Resort Arena prior to an NBA basketball game between the Phoenix Suns and the Dallas Mavericks on Thursday, Dec. 13, 2018 in Phoenix.

We know there have been arenas named after hotels or resorts before, but we are pretty sure none have been named after "talking sticks." If you're ever taking in a Suns game at the venue, the resort itself is just a 24-minute drive away, and features nearly 500 rooms, multiple restaurants, and a casino to boot.

The former Delta Center saw lots of great basketball in the 1990s, notably when the Utah Jazz took Michael Jordan's Chicago Bulls to the brink in two straight NBA Finals. The new name, however, doesn't quite roll off the tongue as the old one one did. The company its now sponsored by is actually based in nearby Provo, and specializes in creating energy-friendly homes.