Barberton residents look to city for answers to 'years' of flooding

Mayor responds to residents' concerns saying, 'If it was an easy simple fix, it would be done.' 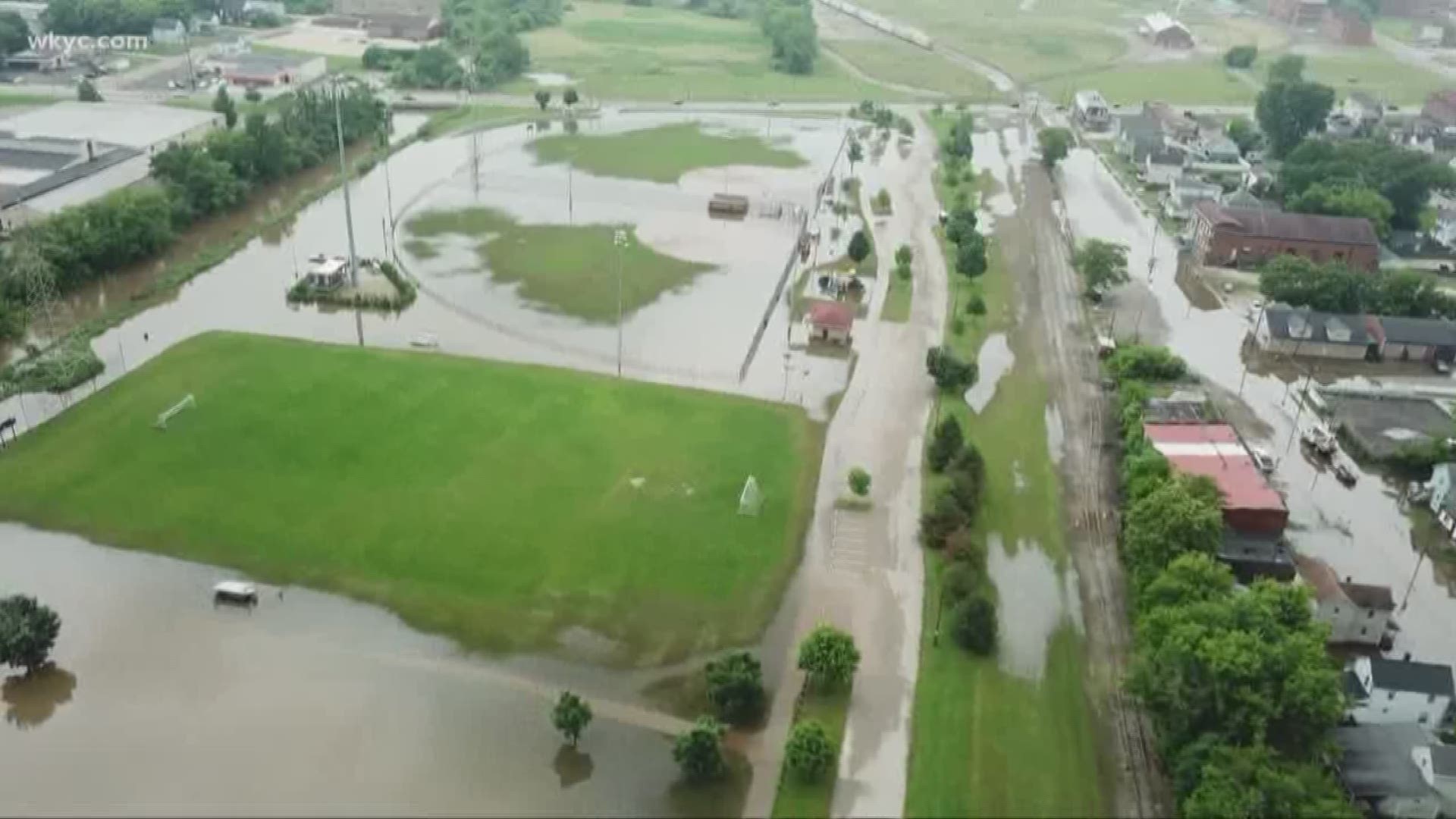 BARBERTON, Ohio — As the waters begin to recede on 14th Street, the cleanup process begins. And it’s sure to be a long one as many homes have basements completely filled with water – a persistent issue over the years.

Frank Halter and his brother own a home together and says the floods that come with heavy rains have gotten worse over the years. And when he bought his property 12 years ago, he wasn’t eligible for flood insurance since his property sits in a flood zone. That’s something he wish he knew back then as he would have purchased property on another street.

But he and other residents are stuck dealing with a problem that costs them thousands of dollars that they frankly can’t afford.

“Every 3-5 years this happens. Furnaces hot water tanks. It’s the small things that we’re out,” said Halter explaining the costs of cleanup after water goes down. “There’s people here that can’t eat, can’t get to work. You see food vouchers for these people? No.”

Christian Gonzalez also lives on the street and says he knows the struggles of living in a flood zone, spending much of his time helping neighbors clean up afterward.

“We’re all just tired. We’re going through three and four different boots and clothes,” said Gonzalez. “This 14th street happens all the time -- years and years.”

Collectively, residents believe the city hasn’t done enough to mitigate the issues caused by rainfall. We spoke with Mayor William Judge about their complaints. Judge says their complaints are not falling on deaf ears.

“Residents that are dealing with this, they don’t care about meetings and engineering studies and things like that. And I get their frustration,” said Judge in response to questions about the city’s response to flooding. “I tell them to be patient, works with us, it’s not us against them. We’re here to help them.”

He also pointed toward the lay of the land to understand why flooding problems are so bad in Barberton. Judge described the city as a punch bowl, collecting all of the wastewater from surrounding communities.

Judge explained, “when you get almost 10 inches of rain in less than a month. And you have  four tributaries coming into town carrying all that other runoff water, there’s very little you can do.”

The city is working with legislators at the county and state level along with the Army Corps of Engineers to come up with long-term solutions. But the fact is, a quick fix isn’t available at the moment.

“If it was an easy simple fix, it would be done,” said Judge.

In the meantime, the city has plans to build additional retention ponds. The fix would help reduce how often floods occur, but would do little to stop what we’ve see happen over the last few days.

“The difficult part is, as the water is subsiding as we speak, more water and rain is forecasted for the near future,”

Back on 14th Street, Halter says residents have received offers to buyout their properties, but the offers barely cover what many owe on their properties – propositions that would leave them underwater in more ways than one.

“They want to give us chump change for the houses,” said Halter. “15 grand for a house? You can’t buy nothing else.”

For now, residents are left dealing with a mess that will likely get worse before it gets better.

Any residents needing assistance are being urged to call city hall to report damage and the problems they’re dealing with in their area. This will help the city assess and develop a plan that benefits the most people.

And for those looking for immediate relief such as shelter and food, be sure to visit the Salvation Army on Wooster Rd. or head to the Active Adult Center at the YMCA on W. Hopocan Avenue where the Red Cross is providing assistance.

WATCH | Lynna Lai continued our coverage of the aftermath of the flooding on Channel 3 News at 11: 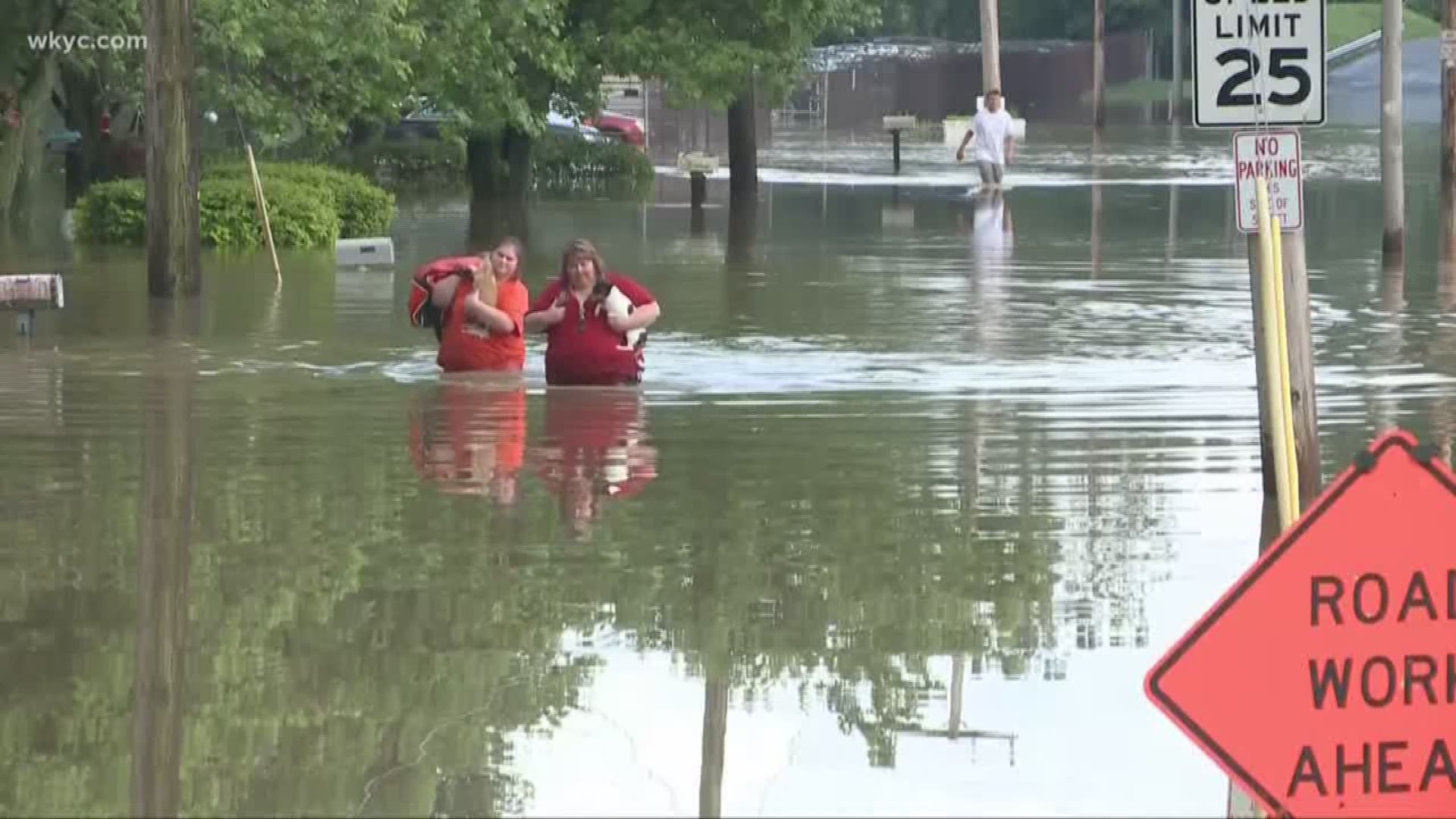 RELATED: Floodwaters cause multiple roads to collapse in Summit County

RELATED: Family’s driveway washed away during flash flooding in Green