Beth Chapman, wife of 'Dog the Bounty Hunter,' placed in a coma

Beth Chapman was hospitalized Friday in Hawaii after she was having trouble breathing and passed out. 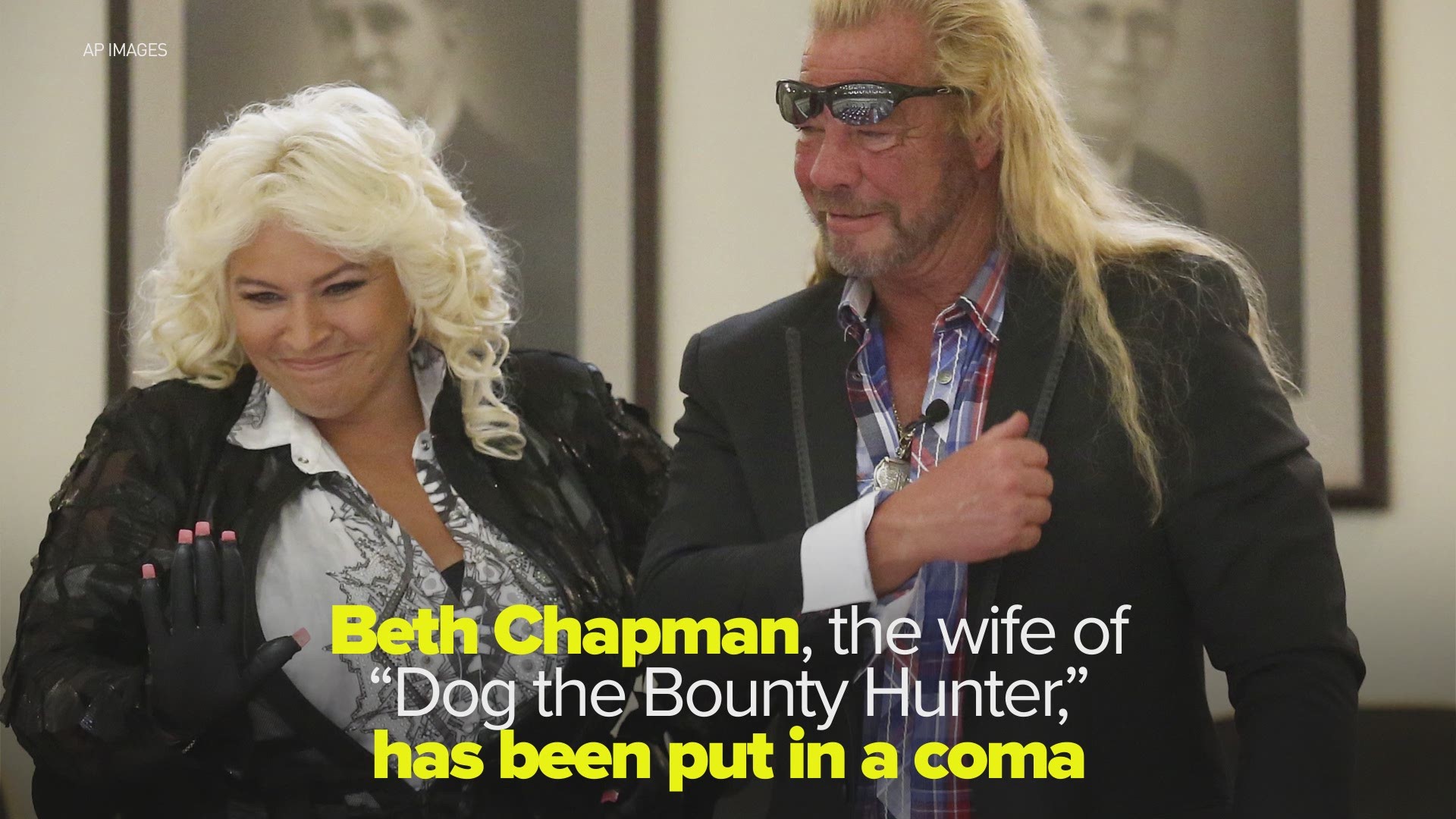 "It’s 5:32 in Hawaii, this is the time she would wake up to go hike Koko Head mountain" he wrote. Only today, she hiked the stairway to heaven. We all love you, Beth. See you on the other side."

The wife of "Dog the Bounty Hunter" reality TV star Duane "Dog" Chapman remained in a medically induced coma Monday so that she can be treated without suffering pain.

Chapman, 51, was hospitalized in Honolulu Friday after having difficulty breathing and passing out momentarily. Doctors put her in a coma to spare her from pain during treatment, Wood-Sword said.

"Duane and the family feel she's such a fighter, she could get better," Wood-Sword said. "The family still has hope."

The A&E series "Dog the Bounty Hunter" was canceled in 2012. The Chapmans, who live in Honolulu, later starred in other similar reality shows, including Country Music Television's "Dog & Beth: On The Hunt."

In 2016, Beth Chapman ran for president of the Professional Bail Agents of the United States, and won. She has said she was the youngest ever to receive a bail license in Colorado, where she's originally from. That record was beat by her own daughter, she said.

In January, the Chapmans announced their bail bonds office in Honolulu was closing because the building would be demolished. Tourists would sometimes stop by Da Kine Bail Bonds because episodes of their shows were filmed there. They later opened a logo shop in the same building.

The couple said they were looking at other locations.