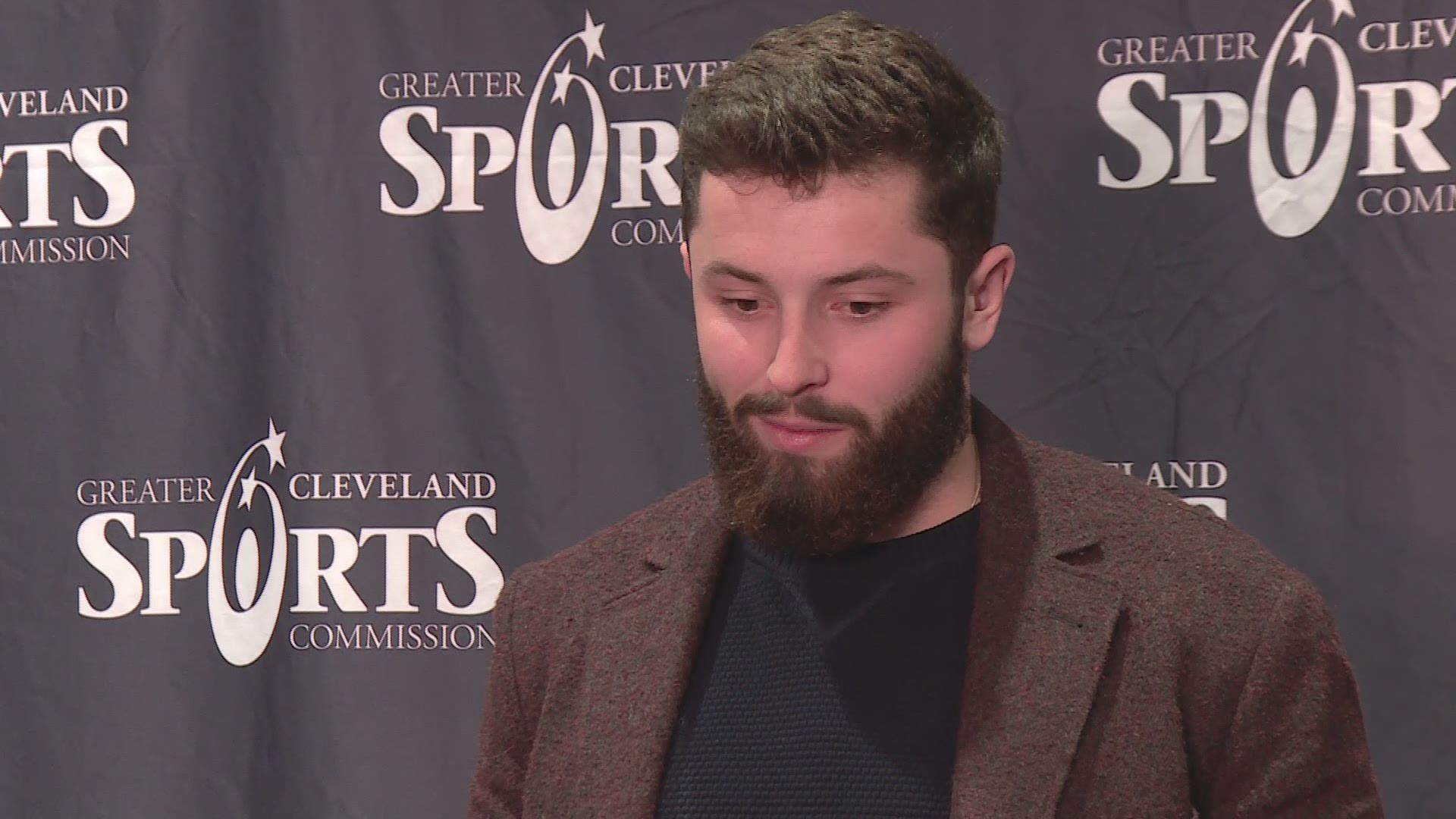 Mayfield was presented with the honor at the 19th Greater Cleveland Sports Awards dinner at the Renaissance Cleveland Hotel Grand Ballroom Wednesday night.

Mayfield threw more touchdowns passes than any other rookie in the 99-year history of the NFL.

Mayfield broke the NFL record co-held by future Hall of Fame quarterback Peyton Manning and multi-time Seattle Seahawks Pro Bowl signal-caller Russell Wilson  with his 27th touchdown throw of the season with 3:24 to play in regulation of a 26-24 loss to the Baltimore Ravens in an AFC North Division clash at M&T Bank Stadium in Baltimore on December 30.

Mayfield completed 310 of his 486 attempts (63.8 percent) for 3,725 yards and the 27 touchdowns against 14 interceptions after taking over the first-team offense in the second quarter of a Week 3 win over the New York Jets at FirstEnergy Stadium.

Individually, Mayfield set franchise records for the most passing touchdowns and yards by a rookie, and his 3,725 yards rank as the sixth-best single-season total in team history, regardless of years of service. Additionally, Mayfield had three of the top five passing yards games by a rookie, as well as the fourth-most accurate season of any Browns quarterback ever.

Under the direction of new Browns coach Freddie Kitchens, who was the interim offensive coordinator for the second half of the 2018 regular season, Mayfield completed 180 of his 263 attempts (68.4 percent) for 2,254 yards and 19 touchdowns against eight interceptions. Mayfield averaged 281.75 yards and 2.375 touchdowns per game with Kitchens calling the plays.

Credit: Jason Miller
Cleveland Browns quarterback Baker Mayfield celebrates after making a catch on a two-point conversion attempt during the third quarter against the New York Jets at FirstEnergy Stadium in Cleveland, Ohio on September 20, 2018.