Cleveland celebrities take on 'The Git Up' Challenge 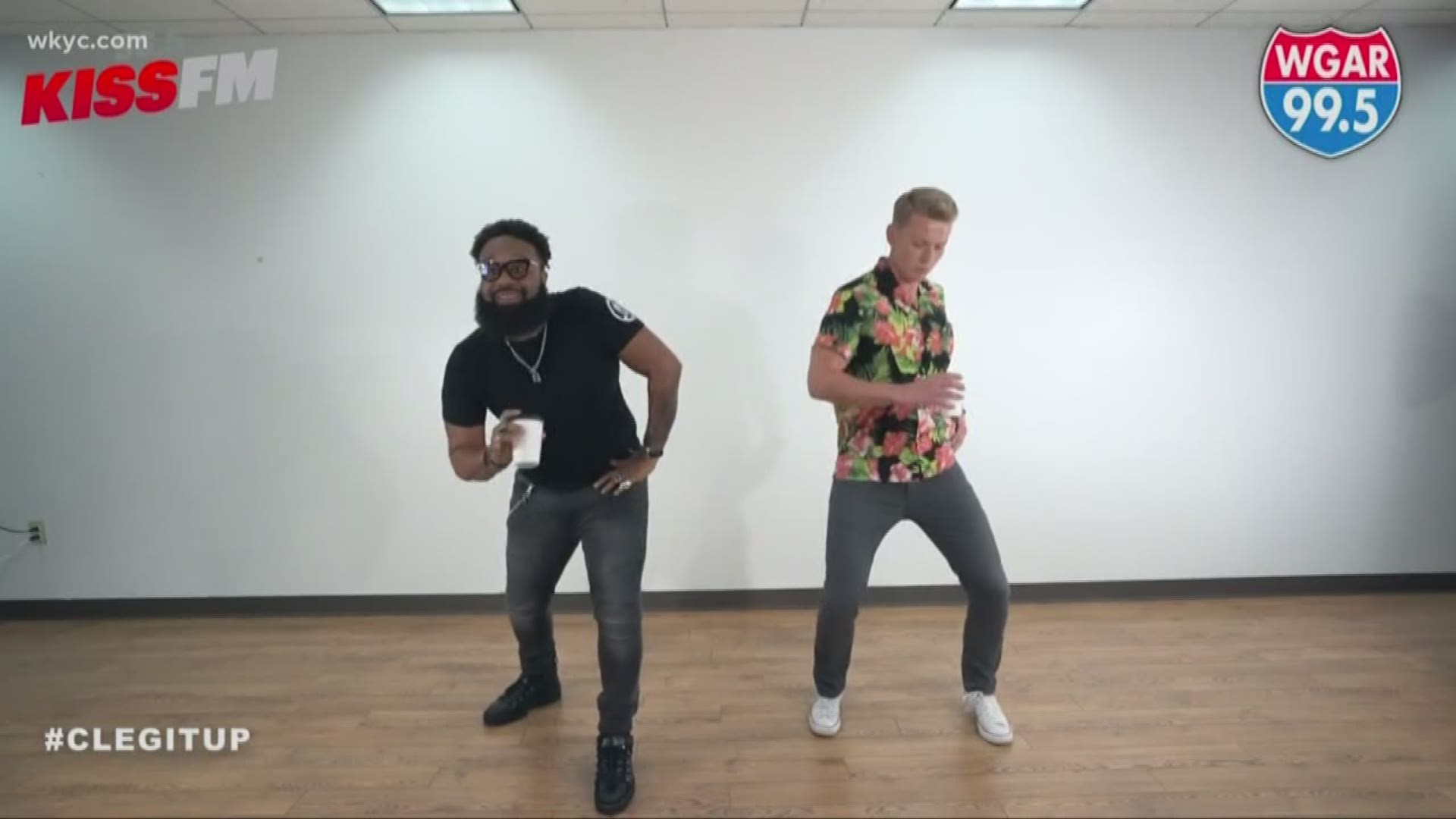 CLEVELAND — Singer Blanco Brown is a viral sensation, topping charts with his song, “The Git Up,” as people everywhere mimic his dance in what’s called “The Git Up Challenge.”

He came to Cleveland and taught his now viral dance to some famous Clevelanders at iHeartMedia this week.

The singer was joined by some local celebrities, including WKYC's own Austin Love, Java Joel, Paige, Street Freaks, and Krystal from KISSFM, Carletta Blake and LeeAnn and Wazz from WGAR, Mike Snyder from WTAM1100, Duji and Gianna from WMMS, the Cavs Scream Team, and Slider and the Hot Dogs.

Blanco took them all through the dance, and they made a video of The Cleveland Git Up Challenge.

The dance only has two rules -- have a cup, and have fun. Blanco said he must have done the dance 100 times that day to make the video, but that he loved it every time.

He said he didn’t expect the song to blow up worldwide like it has, but he feels blessed by the opportunity to bring joy to so many people.