Artist Kyoko Takenaka recorded racist and sexist comments from strangers at bars for the film 'Home.' 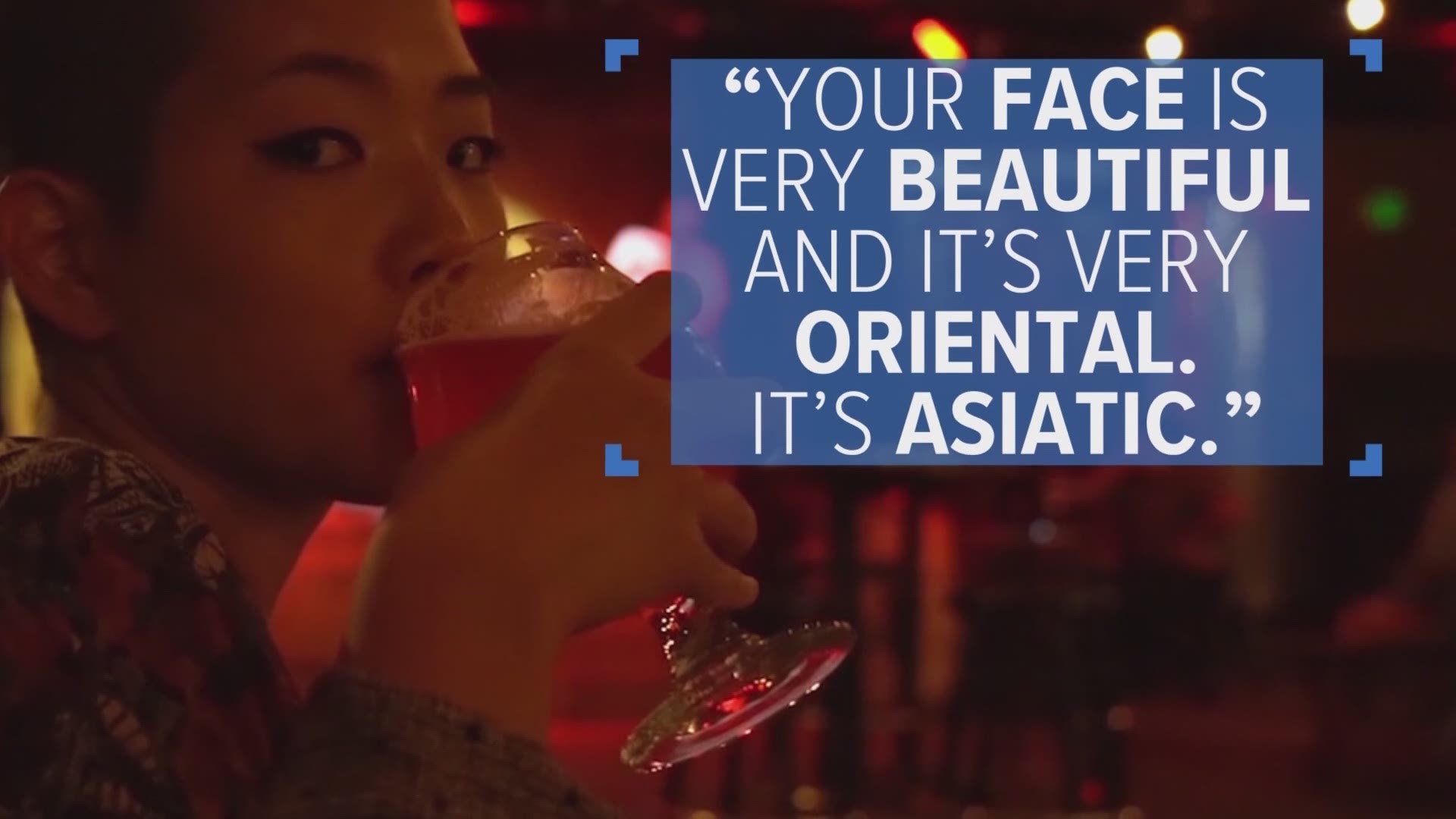 "Oriental," "Asiatic," "superior beauty," "quiet," and "expressionless." These are just some of the things strangers in bars have called second generation Japanese American filmmaker Kyoko Takenaka.

Takenaka, a performer, creator and artist, recorded real-life audio recordings over the span of seven years of racist come-on’s men have blurted out to them.

Takenaka said recording these conversations was a way for them to make productive use of their anger and the microaggressions they experienced.

The bar scene in particular exposes everyday racist and sexist encounters that are painfully relatable for many Asian women. The recorded exchanges have been viewed more than 300,000 times on Instagram alone.

Eye-opening and raw, the conversations reveal firsthand how Asian women are often hypersexualized and fetishized.

RELATED: Is there a connection between COVID and anti-Asian hate?

“At the end of the day, all these experiences are non-consensual for Asian Americans. Recording was kind of a way for me to claim that space and moment for myself and know that even though I was in the process of dealing with that trauma, I knew that one day it could be of use for someone else also explaining that similar experience and recording was the only way for me to do that," said Takenaka.

"Home” is now a source of inspiration for many Asian Americans, something Takenaka didn’t expect when they created the film three years ago.

Recent unrest and rise in Anti-Asian hate crimes led them to share this film publicly.

“If there was anything I could do with my art to unburden the labor of Asian Americans having to explain their own experience and to be validated during that time, then I wanted it to be of use and I know that that film could have been of use at that moment,” said Takenaka.

They plan to continue rallying for the Asian American community through their art. While Takenaka identifies as non-binary, they hope Asian American femmes can be liberated from the lines society has drawn for them.

“I just feel like I think the goal of Asian American women for me is to not be boxed, and not be stereotyped into one definition of what that looks like, feels like, what that is, what that could be like. I really would just love for "Asian American woman" to mean ‘human being,’” said Takenaka.