All-Star in Your Life: 8-year-old boy's scary moment on the baseball field left in the dirt by his love of the game

Nothing will stop 8-year-old Timmy Gross from playing baseball. Even, a terrifying incident during his first ever game. 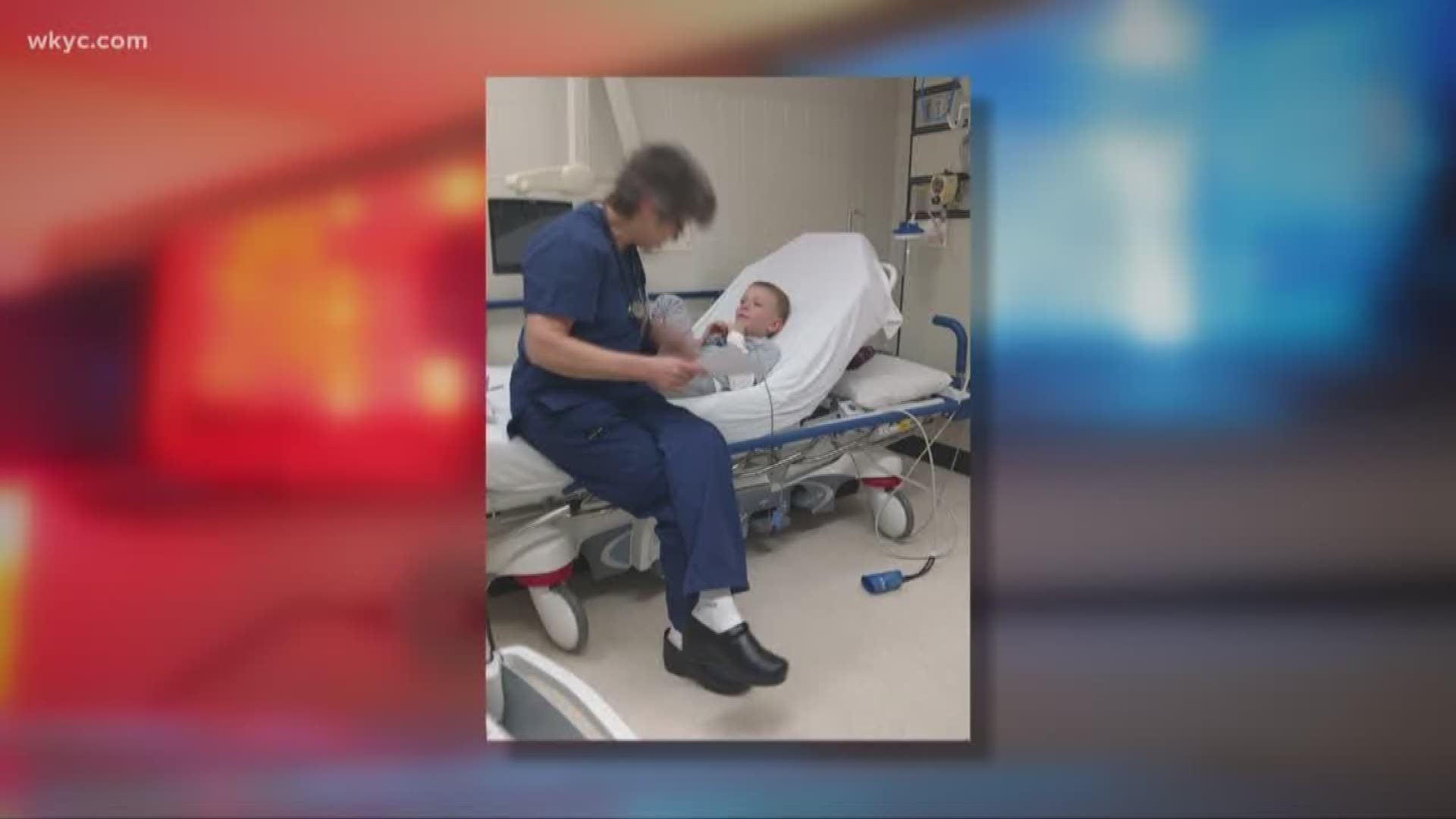 CANTON, Ohio — Baseball is everything to 8-year-old Timmy Gross.

He plays on two teams. So picking up that helmet, gripping those seams on the ball, and swinging that bat with a smile, each day, comes naturally to him.

In his first game of the season in April 2017, Timmy was playing second base when the unexpected happened.

“The number one hitter in the league was up against him. And, I was videotaping behind the fence, and all the sudden, all these kids were like, ‘oh, oh!'" Michelle Gross, Timmy's mom, told us. “They’re like, ‘Some kid just got hit in the chest!'"

Michelle was in disbelief that it was her own son, down on the field.

“He had taken a line drive to the chest. He picked up the ball, he made the play, and then he just passed out on the field," she told us. "It’s the worst thing I’ve ever gone through in my life.”

RELATED: All-Star in Your Life: North Ridgeville baseball coach is a hit with her team

“When he went to the ground, I kind of looked at him for a minute and thought, 'Alright, bounce back Timmy.' And then I look and he was blue," Resanovich said. “I immediately ran over there, yelled to my wife, ‘call 911.’"

Timmy had a pulse, but wouldn't respond. They needed him to breathe.

“Just opened his airway and kind of maintained it for him," Resanovich recalled.

Finally, after about 30 seconds, but what seemed like forever, Timmy, began to wake up.

“Slowly, he started to come back and respond," Resanovich said.

And as soon as he woke up, Timmy had only one thing on his mind.

“I really wanted to go back and play," Timmy said.

He doesn't remember every detail of the accident, but he does remember making that play.

“I remember it hitting me in the chest, (the ball) dropping to the floor, then me throwing it to first base and getting that out," Timmy said.

He said it didn't hurt, but he was taken by ambulance to a local hospital to make sure he was okay.

Tim and Michelle Gross say it's a miracle Timmy had no effects from the hit.

“We were blessed. There was nothing wrong with him," Tim Gross, Timmy's dad, said.

Tough lessons were learned that day. A few days before Timmy's accident, his dad had contemplated about buying a chest protector. He didn't get it that day, but Timmy will never play in another game without wearing one.

“I just wish I would have listened," Tim Sr. said. “I think everything happens for a purpose, and if other kids or other parents can use this as a tool, then God bless them…hopefully saves some kid’s life down the road.”

RELATED: All-Star in Your Life: Canton officer's 'Be a Better Me Foundation' hits home run with the community

This isn't the first time the Gross Family has been down a scary road with Timmy. When he was just seven days old, he overcame meningitis. It's something his dad says almost prepared him to survive another blow.

“After what we went through there, I know there is a calling on his life, and he’s a blessing," Tim Sr. said.

Timmy's dedication to baseball is legit. His goat is to play for the Indians some day. And, his favorite player is Francisco Lindor.

His accident could have scared him away, but it only made him love the game even more. Timmy was back on the field in three days.

“He wants to do better. He actually wants to put the time in," Michelle said.

His dad feels the same way.