On Thursday evening, council members held a meeting to show support after a local principal's home was vandalized with a racial slur. 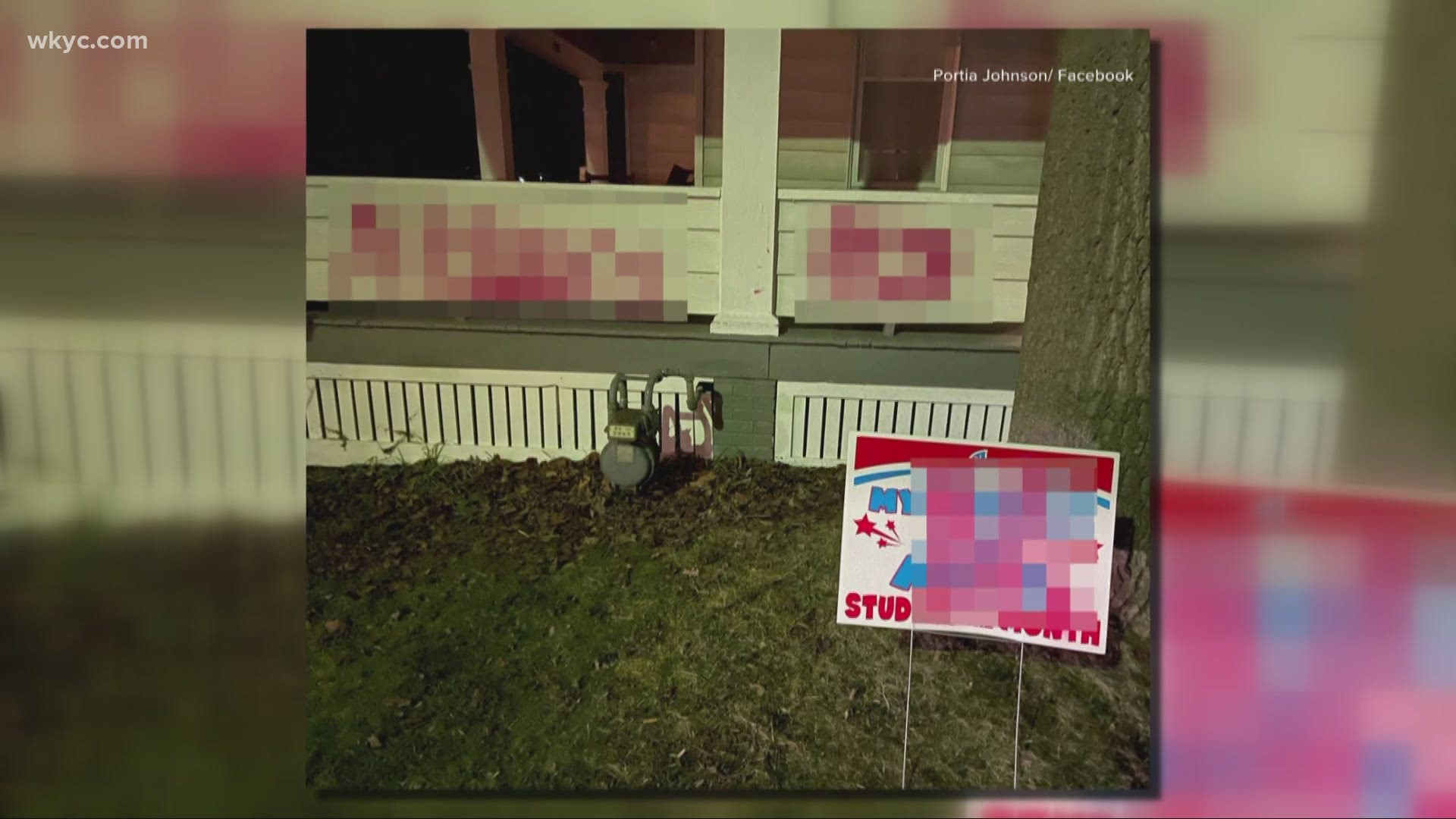 ALLIANCE, Ohio — It was a show of unity and support.

On Thursday evening, Alliance City Council members held a special meeting to show unity and support after a local principal's home was vandalized with a racial slur.

Portia Johnson, who is principal at the Alliance Digital Academy, said the community has surrounded her with support after words of hate showed up at her front door Tuesday night.

"I don’t feel safe in my home, and my kids have had their first traumatic event," Johnson said during council's Zoom meeting on Thursday.

Johnson posted a photo on Facebook which showed the racial slur that was spray-painted on the front of her home (viewer discretion is advised). She said her child's student of the month poster was also defaced.

"It hurts," Council President Art Garnes said. "It hurts me because it happened in my community and to a school employee, someone who is helping our kids."

Johnson tells 3News a "sunshine box" sent to her from Alliance Elementary School was filled with treats. Staff members from Alliance Alternative Academies also brought over flowers and signs of support, including one that read "When they go low, we go high."

"I always felt that one of the strengths in our community is our diversity, and that we need diversity," Garnes said. "It really hurts me when one person puts a bad mark on the city and the schools."

Johnson said the community has rallied around her family.

"Local businesses have offered to fix or pay for the siding at no cost to our family," she said. "However, we have decided to leave it up as a sign of silent protest through Jan. 20, 2021 [Inauguration Day]. Then, we will begin to heal."

Council members also used Thursday's meeting to ask whoever is responsible to turn themselves into police. Alliance and Smith Township police are investigating.

Alliance authorities said two cars were also vandalized within two blocks of the home, with what appears to be the same spray paint. Anyone with information is asked to contact law enforcement.