It's the end of an era as Capt. Keith Sulzer drives the police department's ice cream truck for the last time 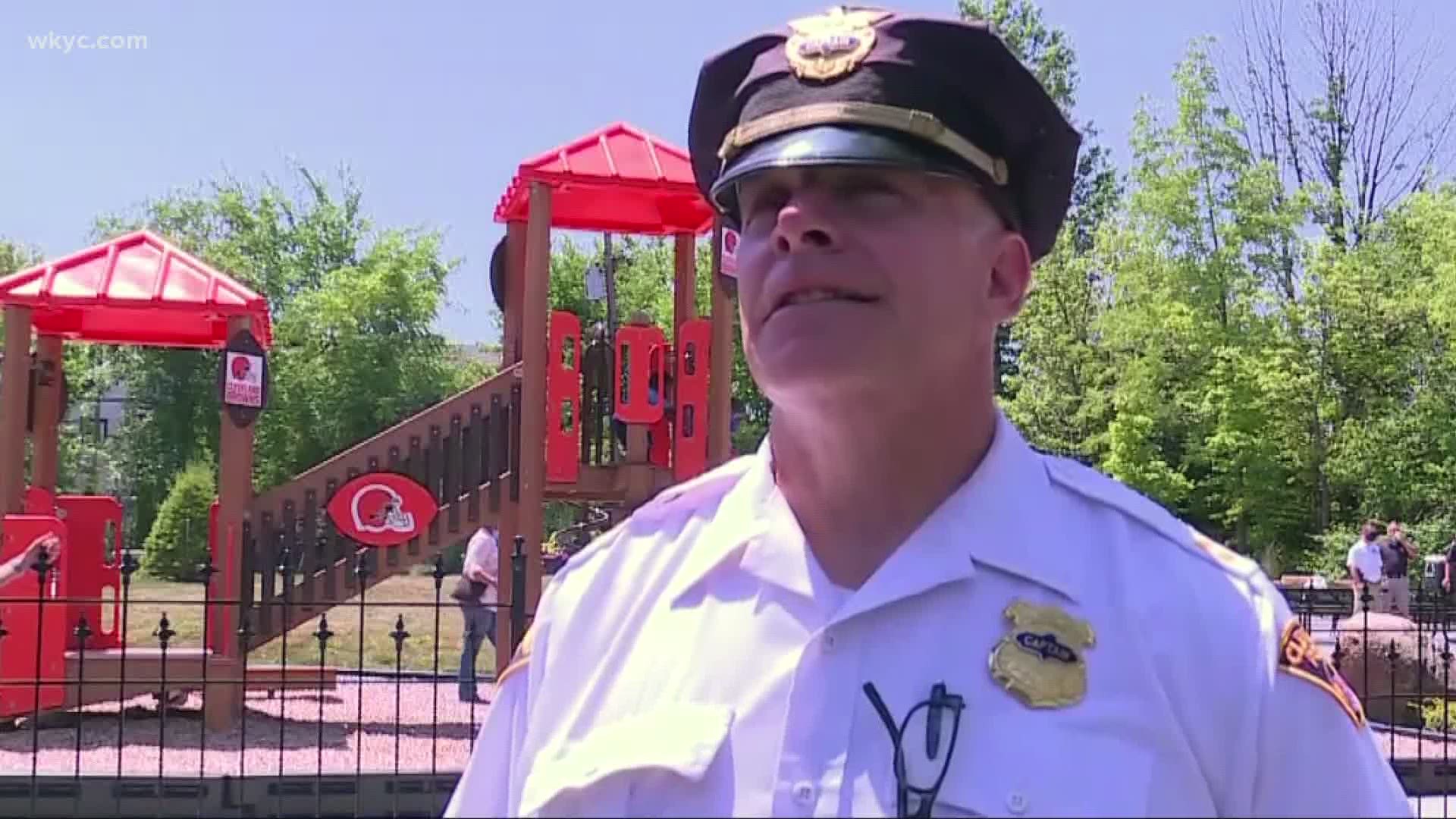 CLEVELAND — A huge crowd was there to greet him when Cleveland Police Capt. Keith Sulzer pulled into Officer Derek Owens Park on July 6, his last day of work, driving the police department’s ice cream truck.

Retiring after 30 years of service as a Cleveland police officer, Sulzer was the department’s community outreach officer, and he worked on numerous literacy projects with 3News.

During the past six years, he installed 15 Little Free Libraries across Cleveland, including eight in police facilities. While school was in session last spring, he was a regular volunteer for 3News' Dickens Reads project at Charles Dickens School, showing up weekly to tutor children in reading.

Sulzer spent his last day driving around Cleveland giving out free ice cream to children, and ended up at Owens Park, a project that he personally spearheaded to honor the memory of fallen officer Derek Owens. Unveiled last year, the park was erected in an abandoned lot near where Owens was shot in the line of duty while pursuing a suspect.

Sulzer enlisted a host of corporate and nonprofit partners on the project, including wkyc studios which provided two reading benches. He took care to delineate a special area for reading in the park, and installed a customized Little Free Library bearing Owens’ badge number.

In his community outreach, Sulzer frequently drew a line between illiteracy and incarceration, citing studies that show 85 percent of youths in the juvenile justice system are functionally illiterate. He often said that one of the most proactive actions police can take is to support community literacy, as a way to keep youngsters from entering the juvenile justice system.

On his final day, a crowd of police officers, school officials, neighborhood residents and others gathered in the park to thank Sulzer for his years of work to strengthen the relationship between police and community, using literacy as a bridge.

And he continues to receive accolades.  “On behalf of The Literacy Cooperative, thank you, Captain Sulzer for your work to end the cycle of low literacy,” President and CEO Robert Paponetti said in a statement. “Enlisting police officers to distribute books and make reading a ‘cool’ activity will benefit our community for generations. Congratulations on your retirement!”

While saluting him in his final radio call, a police dispatcher said that Sulzer was a mentor to many officers, embodying the true meaning of service. "For the community of Cleveland, you have fostered many relationships, cooked thousands of hot dogs, planted hundreds of flowers, and created a wonderful park for all to enjoy," she said.