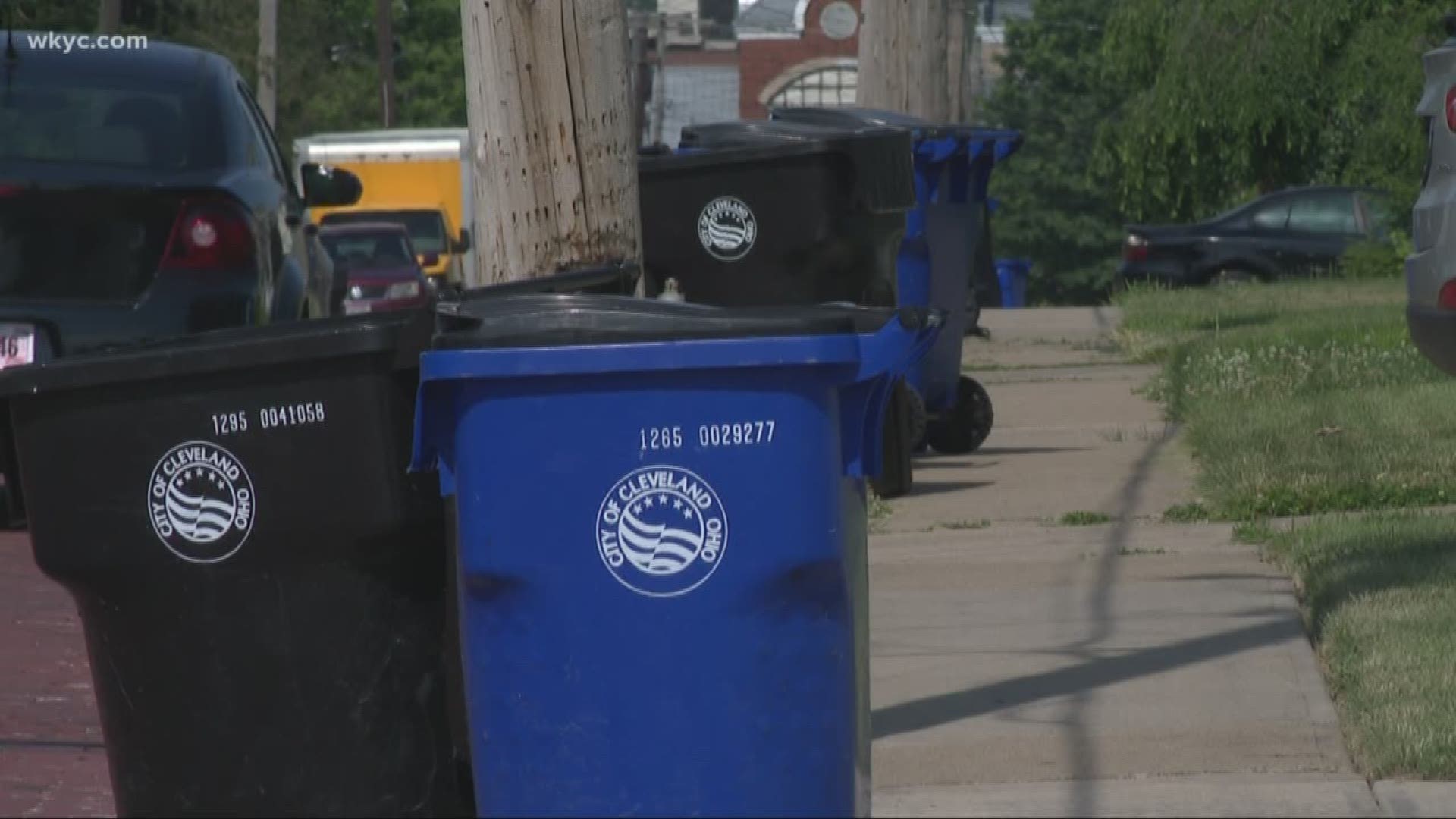 For the city of Cleveland, it’s tens of thousands of dollars. All from homeowners who didn’t follow the rules of garbage days, in a city where half its residents live in poverty.

"It's their income. They're making money off of trash," said Marko Vovk, whose property was cited for violating the city ordinance.

Vovk’s ticket is just one of over 4,400 citations issued since August, when the city lifted its 2-year moratorium and began again fining homeowners for breaking its trash collection rules.

Many residents are not happy.

"I think it's a scam. It's a scam,” Vovk said. “The city's broke, they're knocking down houses, the landlords are leaving, they're getting them for lead paint, now they're trying to get them for garbage cans. They're writing tickets to everybody."

Cleveland trash collectors have issued over 4,400 citations over garbage. Each citation costs a homeowner $100. If paid late, it jumps to $160.

Channel 3 News obtained a list of violators. CMHA-owned homes have gotten the most, 18 citations, all of which have gone unpaid.

One east side homeowner has been ticketed five times. Another east side woman was cited four times, all in the month of May.

Hilgert Avenue, a small residential street in one of the city's poorest neighborhoods, has been hit with 17 citations.

Even the city's favorite son, game show host Drew Carey, has had his Old Brooklyn home cited twice. Both tickets have gone unpaid, according to records from the Cleveland Municipal Court. Carey owes the city $320.

"Does he? Why, I know he can afford to pay. I didn't know that. I'm glad to know that,” said Michael Cox, Cleveland's public works director.

Cox defended the city's policy, saying it's not about cash.

"It's just about compliance. We don't want to ticket. What we want to do is everybody set their trash out properly and we don't have to give them that ticket,” he said.

Complaints and confusion led the city to declare the trash moratorium in 2016.

The city law allows citations for having bags outside the can, mixing trash with recycling and setting out your cans too early or leaving them out too late.

"Whoa, that's too much just for garbage,” said James Caro. “What kind of crazy thing is that? Very crazy.”

Many residents are unaware of the policy. Others know what's at stake and are cleaning up their act, even if they're unhappy with the fines. But most agree, the fines are excessive.

“I think it's terrible and I think the city needs to correct it. It's our money going to waste and out time,” a west cide resident said. “In my opinion, yes, it's a money grab.”