Developers are proposing to turn the space into a mixed-use development on Detroit Avenue in Gordon Square. 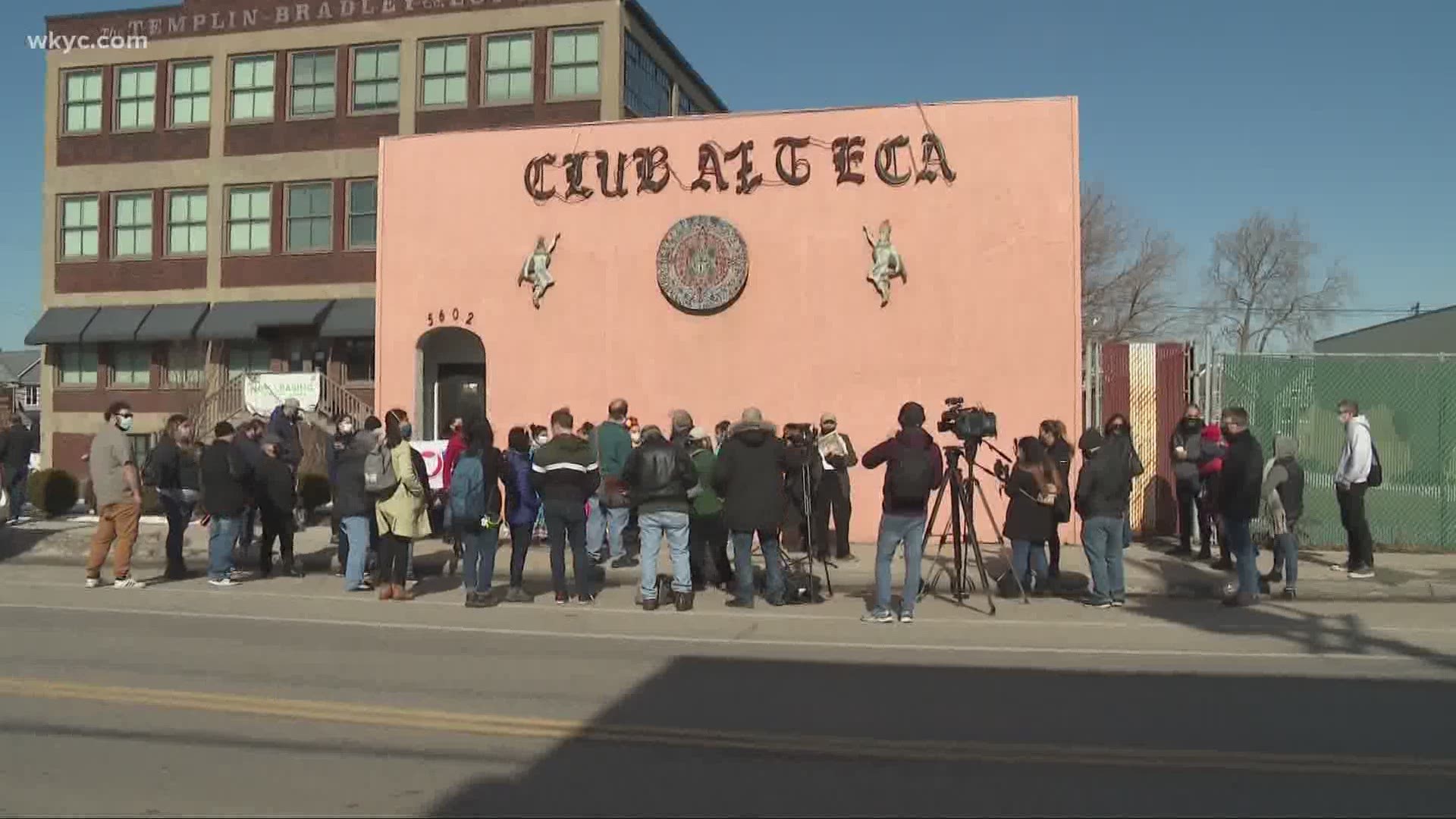 CLEVELAND — Leaders from Cleveland's Latino community gathered together in the Gordon Square neighborhood on Wednesday in an attempt to save an important piece of history.

Built in 1900, Club Azteca was a social hall for the Mexican-American community from the early 1950s until the 2010s. Now there are plans to demolish the building to make way for new development in the neighborhood.

In a letter to the Cleveland Landmarks Commission, organizers to save Club Azteca underscore the importance of the building to the community and its heritage.

Cleveland-based Bond Street Group is proposing to turn the space where Club Azteca exists into a mixed-use community development along Detroit Avenue with retail, office space, and 122 apartments.

“We have been engaged with Club Azteca leadership since May 2020, and we are actively involved with the Club in an ongoing discussion of how the new development can honor Club Azteca’s history and role in the neighborhood, and its commitment to sharing and showcasing Mexican-American art and culture.,” said Bond Street Principal Justin Strizzi in a statement to 3News. “We are excited to support the Club’s charitable and cultural missions and to continue to run a community-driven process.”

You can see renderings of the area now, the overview, and what the "Waverly & Oak" project would look like below:

You can read Bond Street's complete statement below:

"I encourage the Cleveland Landmarks Commission to table discussion of demolition until due diligence is carried out to identify, document, and resolve any adverse effects that would occur to the Mexican-American community from the permanent removal of Club Azteca from the Gordon Square district," Jessica Wobig in closing her letter to the Cleveland Landmarks Commission.

You can read the letter below.

You can watch the press conference from Wednesday below: