Wednesday, from 6:30 to 8 p.m., there will be a celebration of Officer Sheldon's life in Mooresville. There will be a service Friday at 11 a.m. at Calvary Church in Charlotte. 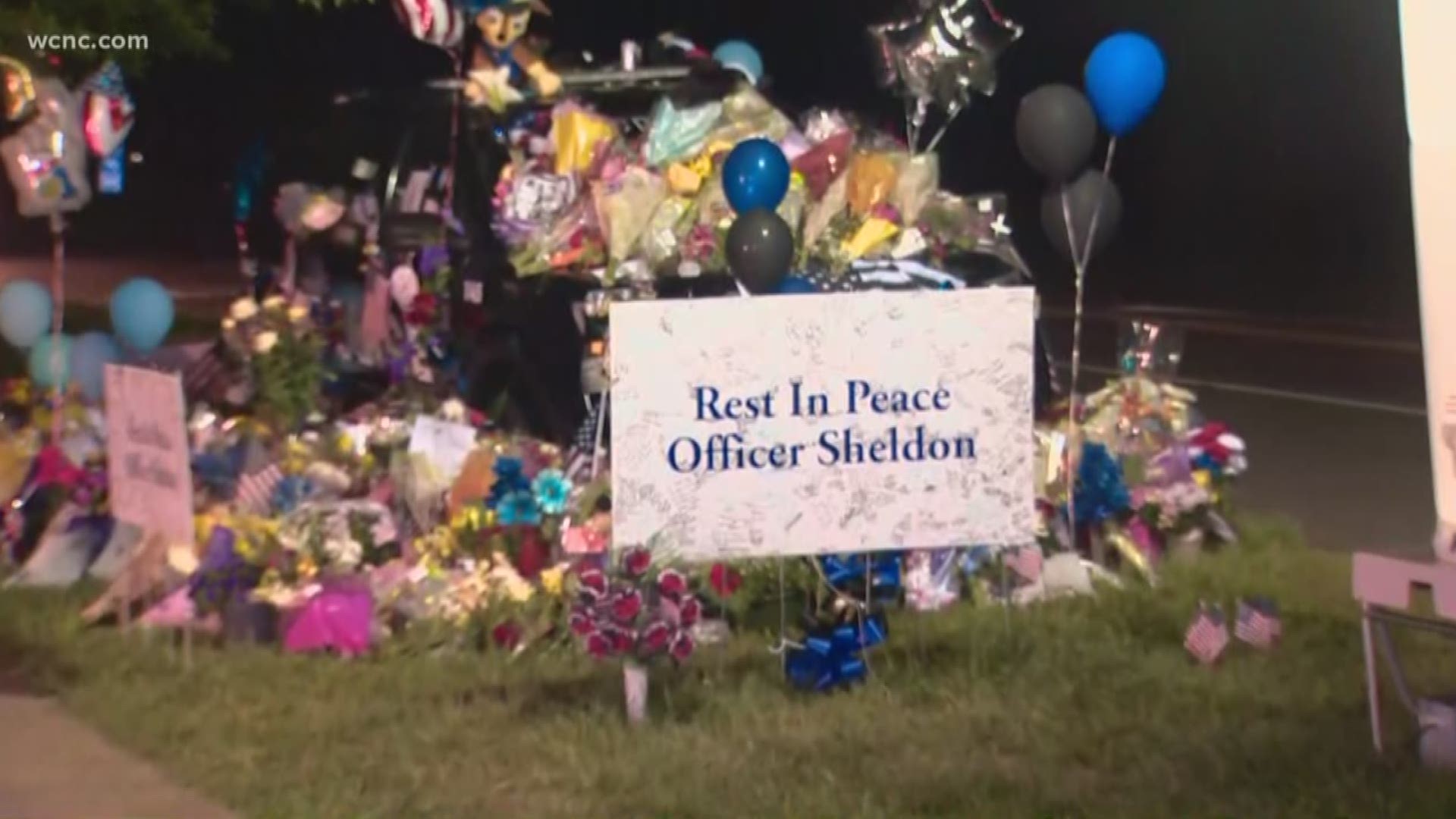 MOORESVILLE, N.C. — 32-year-old Mooresville Police Officer Jordan Sheldon was killed in the line of duty late Saturday evening. Officer Sheldon, a six-year-veteran with the Mooresville Police Department, was performing a traffic stop when he was shot and killed.

He was taken to the hospital but later died from his injuries.

Services for Officer Sheldon will be held on Friday, May 10 at 11 a.m. at Calvary Church in Charlotte. The church is located at 5801 Pineville-Matthews Road.

A procession made up of public safety vehicles will leave from the funeral home in Concord and go to the Charlotte church for the service.

The travel route and time for the procession to Mooresville has not yet been released, as logistics are still being finalized.

All day Monday, before people head to work and families head to school, they've been visiting Officer Sheldon's memorial. Community members have been leaving flowers and bears, and sending prayers to the officer.

Several hundred flowers and messages have been left for the fallen Mooresville officer.

"We support them 100 percent," Trilla Fortson said. "The community's behind them. We're all brothers and sisters in this."

Mooresville Police officers took a moment before, during and after their shifts to see what people wrote and left behind.

His police cruiser now buried under a blanket of flowers and balloons.

Rianna Medwid and her daughter Bella stopped here on the way to school.

"Bella saw pictures and she got a little sad about it," Medwid said. "And she insisted on coming here before school; so, I said 'alright, we'll do it' and she brought flowers."

Medwid says this memorial highlights the good in her family's community.

"The amount of support from Mooresville just shows this little town; even though, something like this happened...it really brings everyone together," Medwid said.

Officer Sheldon's body will be transported to Hartsell Funeral Home in Concord Tuesday at 1 p.m., according to the Mooresville Police Department. There will be a procession with public safety vehicles traveling I-85 from Charlotte to Cabarrus County.

Wednesday, from 6:30 to 8 p.m., there will be a celebration of Officer Sheldon's life at Town Hall Lawn, 413 North Main Street.

Other stories on WCNC: