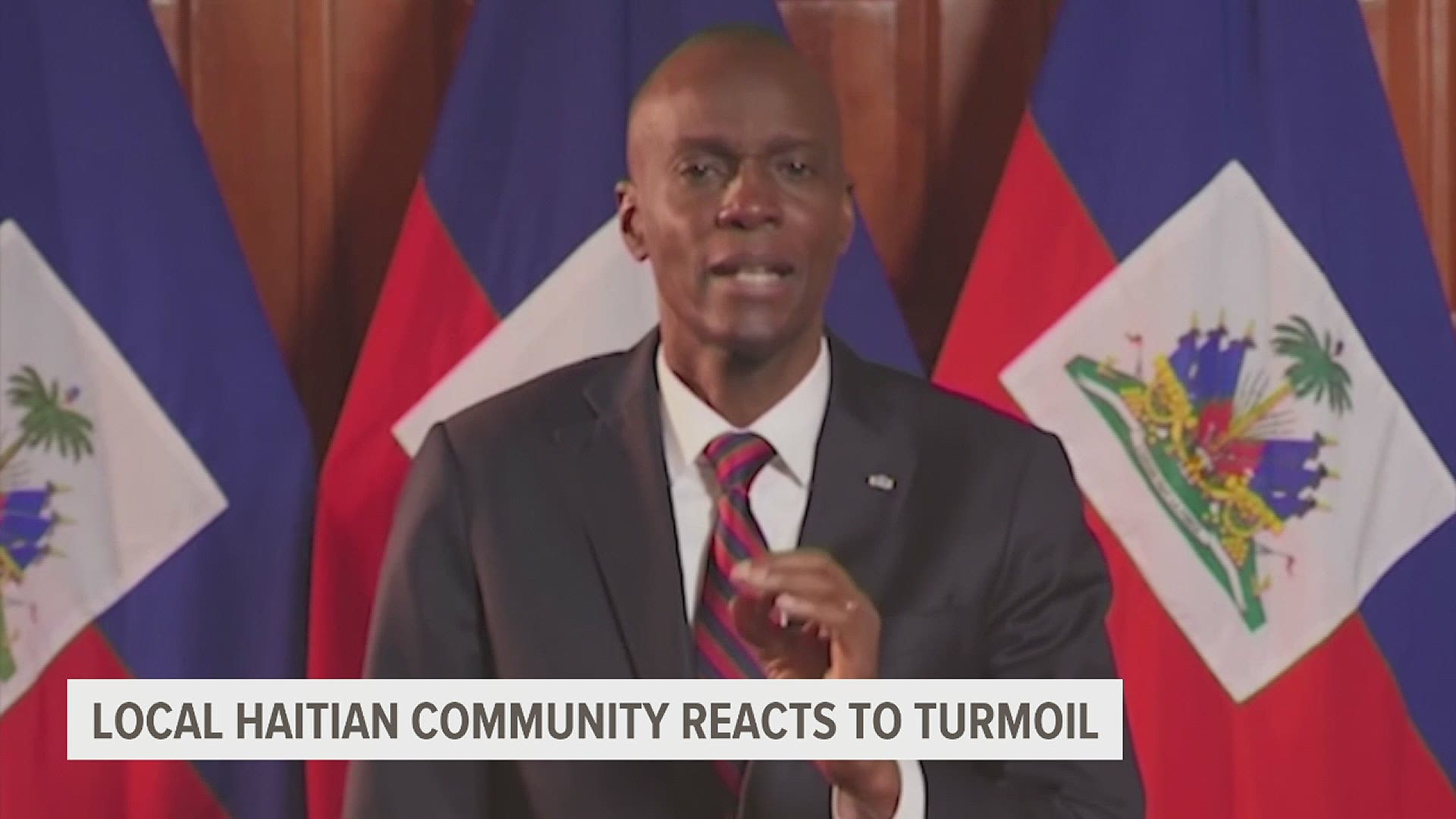 DAUPHIN COUNTY, Pa. — The news of Haiti's president's assassination left a pit in the stomach for many Haitians here in South Central Pennsylvania.

"Nobody expected that they would kill him," said Tamara Charlot a registered nurse and owner of Star Platinum Care Agency.

The Haitian chief of police-reported Jovenel Moïse was killed by a squad of gunmen in his home.

Currently, the country has already been through months of gang violence, political and social unrest.

Tamara and her sister Sabrina Charlot, a licensed practical nurse, came to the United States from Haiti in 1986.

Sabrina hopes people understand this is not a clear representation of Haiti.

"To go and actually kill this man the way they killed him, no that’s wrong," said Charlot," that’s not us, that’s not Haitian people.”

Roussel Costumé, the pastor of the First Haitian Christian Assembly Church in Harrisburg, says he has felt this type of turmoil on a personal level.

"My older brother, who was a police commissioner, got assassinated. He got shot in the head while he was on his way to pick up his wife and children from school," said Pastor Costumé.

Mariana Past, associate professor of Spanish at Dickinson college says the consistent unrest dates back to the days of colonization.

"From the revolution itself, the leaders allied themselves with upper classes, and they acted in their own interest and didn't necessarily look to the Haitian people's benefit," said Past.

Pastor Costumé reminds everyone to remain vigilant and tries to help as he says this can come to impact all as the people of Haiti remain hopeful.

"They are hoping and praying for a better Haiti where people can have peace," said Costumé."

Dickinson College's department of Latin American, Latinx and Caribbean Studies supports the statement issued by the Hati-Dominican Republic Section of the Latin American Studies Association regarding the recent events in the country to Haiti:

"The Haiti-Dominican Republic Section of LASA condemns the organized assassination of Haitian President Jovenel Moïse even though President Moïse undermined Haiti’s democratic institutions and contributed to the chaos and violence that engulf the nation. For several years, Haitian citizens have been mobilizing to protest his autocratic rule and to demand his resignation. The Haitian constitution has a process for dealing with a presidential vacancy, which grants interim authority to the prime minister in concert with the council of ministers to organize elections. We express solidarity with the Haitian people to see this process through. As scholars, we hold a grave responsibility to uplift, hold space, and support the Haitian people during this challenging time."