Homeless Hookup hits the road thanks to Lakewood Fire Department

Firefighters in Lakewood help a local homeless support organization get on the road by supplying and renovating an old RV -- converting it to a mobile hygeine unit. 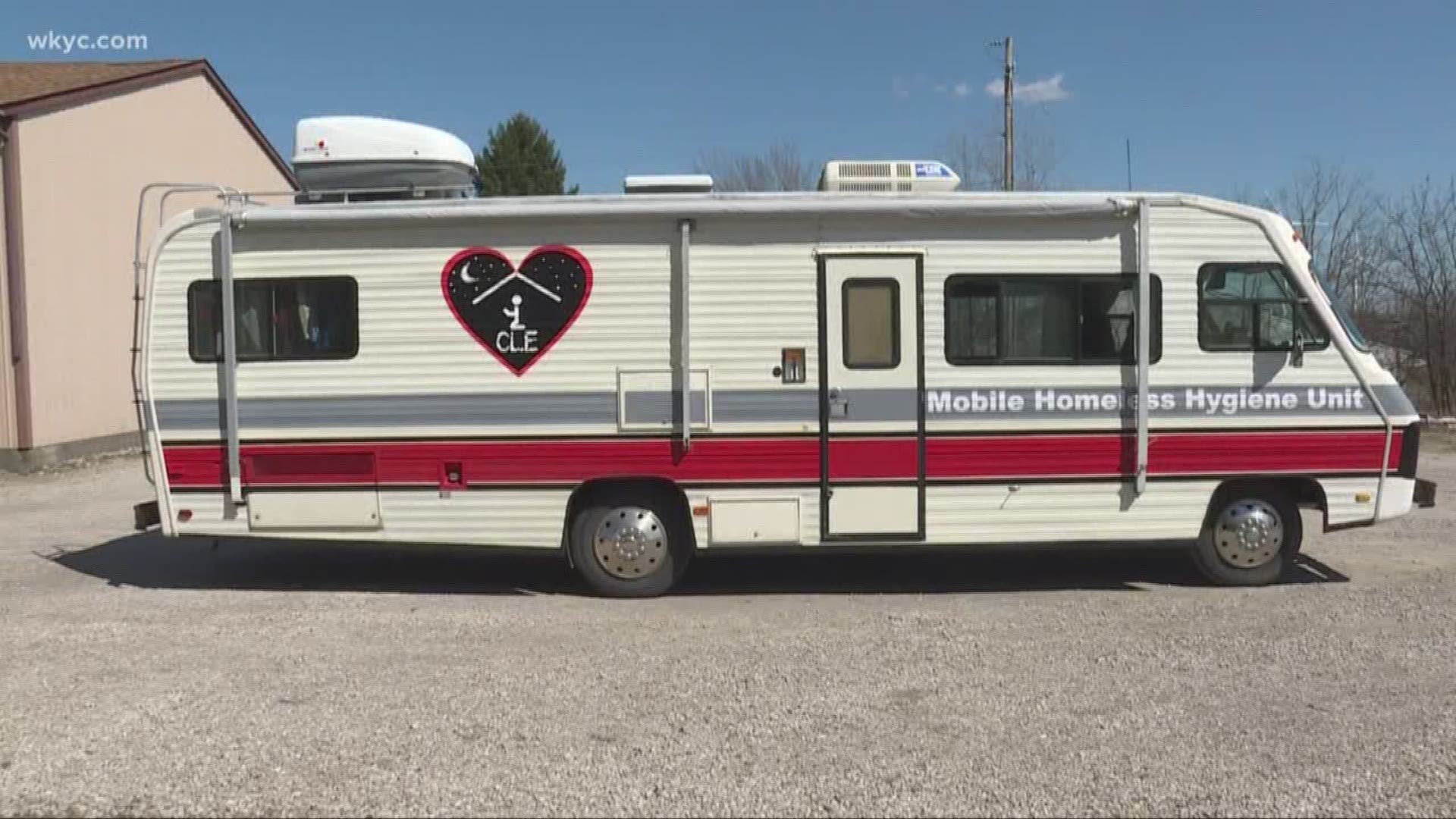 The goal of Homeless Hookup is to provide goods and food for the city’s homeless. He started the organization in his own living room and solicited donations online. But Roff added a unique twist. He personally takes donations to shelters across the city and posts live video to prove your donations are going to the people you want.

Donations have continued to pour in over the years. And Roff has been looking for ways to expand.

“Our goal is, I want to have a bus. I want to start a shower bus,” said Roff.

Those were the words Roff shared with a Lakewood firefighter who has chosen to remain anonymous. The two had a conversation about helping the homeless in Greater Cleveland. And the way they met was somewhat serendipitous.

Roff’s brother works on Fire suppression systems and met the mystery firefighter on a jobsite. The fireman took a call to help a homeless man and returned to share the story with Roff’s brother. Roff’s put his brother in contact with the firefighter and the rest is history.

“He goes, ‘I have a bus. You can have it,’” Roff recalled. “First responders of Lakewood came together and they got a bunch of sponsors for us.”

Firefighters and paramedics spent their free time renovating the bus as it was parked at the fire house. They found sponsors to help redo floor, purchase an instant hot water tank, and provide propane tanks, to name a few.

Now the RV is ready to hit the streets of Cleveland and help those in need.

One aboard, each person being helped will be offered a haircut, a shower, a change of clothes and even a bite to eat when they’re done. They’re also able to grab essentials like combs, toothbrushes, and toothpaste to take with them.

“It’s a rolling donation center,” said Roff. “Everything has come together so beautifully.”

But running a mobile hygiene unit isn’t cheap. Roff says the vehicle only gets about 8 miles per gallon of gas, meaning fuel alone eats up a lot of money. To help offset that, Roff is asking for help again.

We’re looking for companies to step up, see how important this is, do the right thing, and hopefully sponsor/finance this project,” he said in his plea to the public.

Homeless Hookup CLE is a non-profit organization whose board members are eager to help those around town. But most importantly they’re thankful for the donors who have helped them get to where they are today.

“Thank you Cleveland. This is Cleveland’s doing,” Roff graciously said. “I just get to reap the benefits of handing out Cleveland’s donations that they send to me.”

If you’d like to make a contribution to Homeless Hookup CLE, visit www.homelesshookupcle.com.