The police chief says more emergency calls have come in since the Ramada became housing for the homeless. Residents and the manager say things are fine. 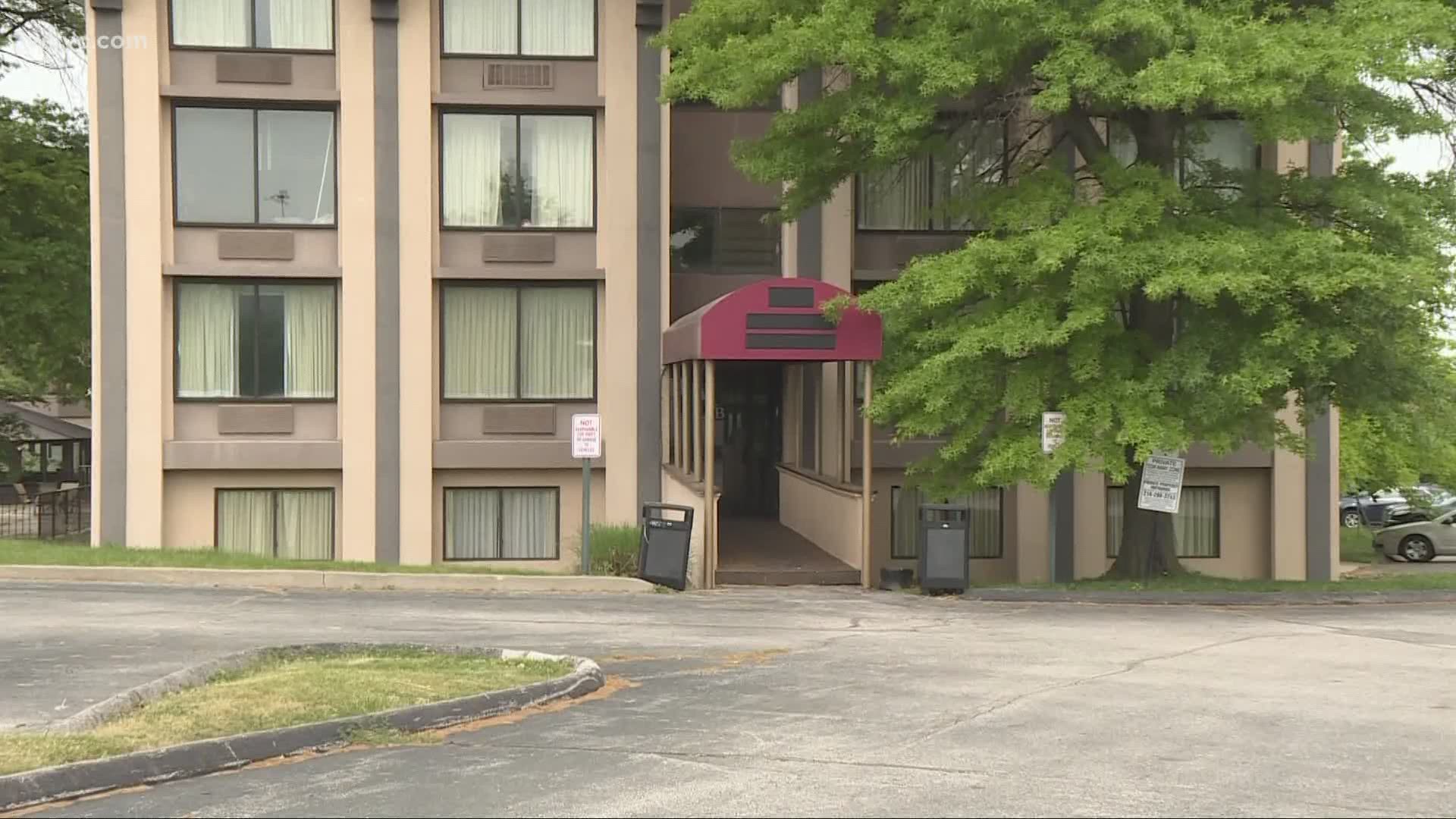 INDEPENDENCE, Ohio — Nuisance, or necessary for the community?

A hotel in Independence that houses homeless people is coming under fire. The city says the place is a problem, but the people who live there and manage the Rockside Road Ramada disagree – saying it’s the only home some people have.

Rockside Road has one of the highest concentrations of hotels in the city - outside of downtown Cleveland - including 5300, The Ramada Inn.

“Once word got out that they were coming, officials began to contact Lutheran Metropolitan Ministry immediately,” says Ramada Manager Elizabeth White.

The Ramada has a contract with Lutheran Metropolitan Ministry to house homeless males at the Ramada Inn on Rockside Road thru the end of August, and not everyone is happy about it.

“We have responded pretty much there more than any other time in the past. Very few of the other hotels generate, if any, this volume of calls,” says Independence Police Chief Michael Kilbane.

According to Chief Kilbane there has been an influx of calls to police since the Ramada began housing the homeless about a month ago – including public intoxication, drunk & disorderly, shoplifting, panhandling, assault, even a DOA in one of the rooms. But White, hotel manager for over a decade, says there have been no more calls to the Ramada than there were before the homeless moved in.

“From the beginning they didn’t want them here, and they made it very clear,” says White.

According to Independence Mayor Gregory Kurtz’s April 30th newsletter, it boils down to respect.

“Not advising the city about this move in advance was disrespectful to our community, safety forces, businesses, and other visitors,” Kurtz said in the newsletter.

About 150 rooms in the Rockside Ramada are booked, single occupancy - each housing a homeless male.

“If it wasn’t for this place, I would obviously be homeless,” says Ramada resident Ronald Freeman.

“It is my fear that I will not have a place to stay if this place is shut down,” says Ramada resident “William”.

According to the New York Times, buying and repurposing hotels, strip malls and other unused real estate is already being done in states like Oregon, Texas, Washington and Ohio. Real estate is cheap, because of the pandemic, and President Biden’s $1.9-trillion American Rescue Plan set aside $5-billion specifically for housing homeless people - including through conversions, like turning hotels into homes.

Mary Louise Madigan - spokesperson for Cuyahoga County - says through federal CARES dollars sent to the state, then given to the county, then funneled to Lutheran Ministries, the church is able to pay for the hotel. Currently, there are no plans to shut down the Rockside Ramada.