Independence mayor Gregory Kurtz gave the county until mid-July to make other plans for the 150 homeless men living at the Rockside Road hotel. 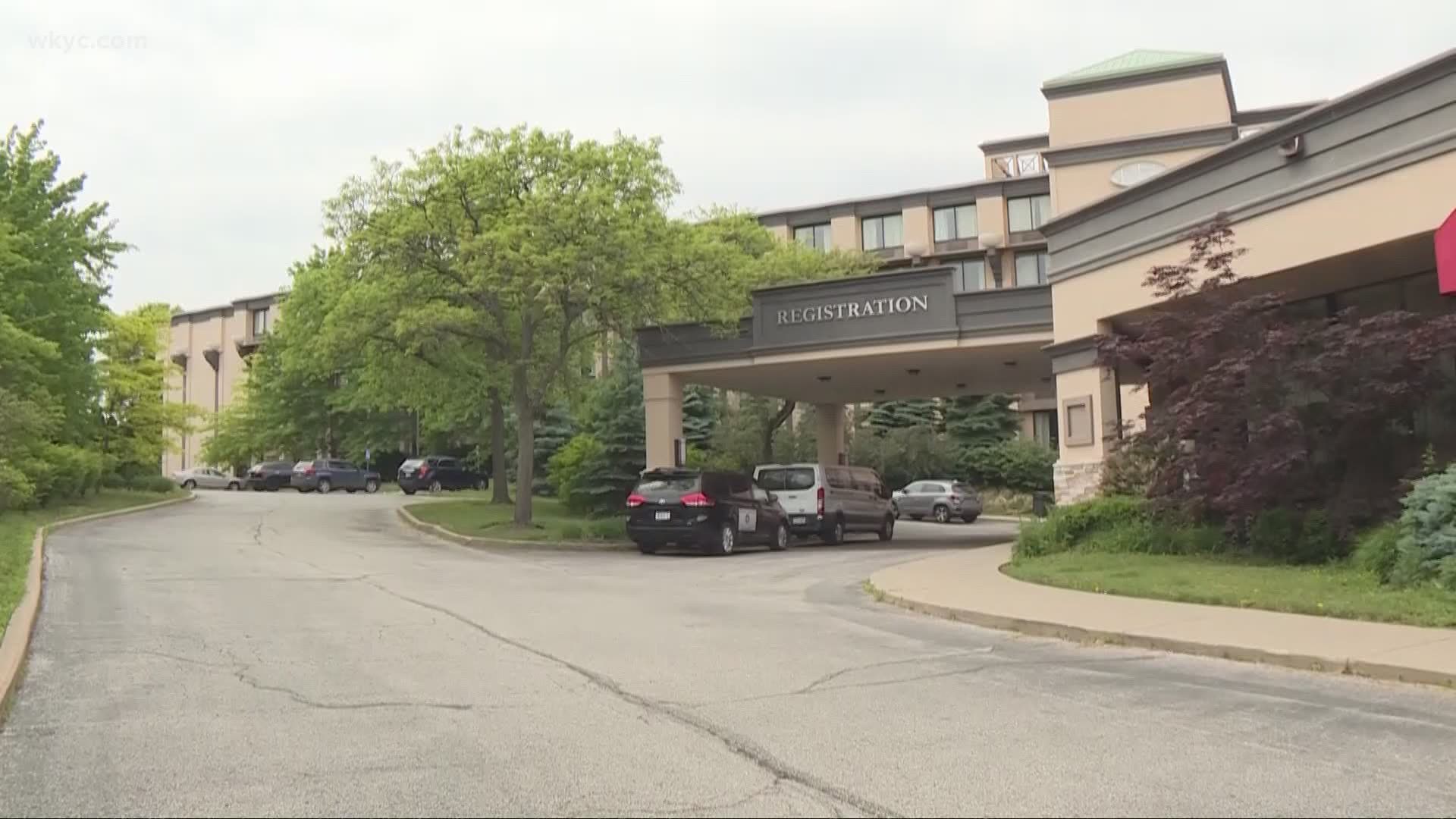 INDEPENDENCE, Ohio — The Ramada in Independence has been housing homeless men since April, but this week, the county announced that the hotel will no longer be a place those men can call home.

And it’s all because of a law on the books, pointed out by the mayor.

Lutheran Metropolitan Ministry (LMM) is contracted by Cuyahoga County to use the Ramada on Rockside Road as a shelter for 150 homeless men. This week, LMM told the city of Independence that the Ramada will soon no longer house homeless men, after Independence Mayor Gregory Kurtz pointed out an Ohio law the county was violating.

"You can’t have a person staying in a hotel room for more than 30 days," says Cuyahoga County Executive Armond Budish.

Budish says the city told the county back in April it was violating the law, and gave them 60 days to figure something else out for the homeless men.

That 60-day deadline is in mid-July.

In his newsletter this week, Mayor Kurtz addressed scathing accusations made by homeless advocacy group Northeast Ohio Coalition for the Homeless – or NEOCH – a staunch supporter of the hotel. NEOCH feels the mayor and the city simply didn’t want homeless people in their backyard.

“Sadly, through your leadership, the City of Independence chose segregation and exclusion to lead the way by removing the men experiencing homelessness from the Ramada Inn," NEOCH wrote, in part.

The mayor responded in his newsletter this week.

“NEOCH accused the City and me of harassment, hyper-surveillance, racism, and criminalizing homelessness. None of this is true. The City of Independence did not evict the homeless men at the Ramada," wrote Mayor Kurtz.

Dean Roff of local homeless outreach group Homeless Hookup staged a protest outside of City Hall after hearing of the closing.

"They were basically kicking out 150 men out of the hotel, and the 1st thing I did was see if we can do anything to stop that," says Roff, who was once homeless himself.

The county says the Ramada is still housing homeless men until the mid-July deadline, and working with community partners to figure out what to do with the men after that deadline passes. The county says it has no choice.

"We’re county government. We can’t ignore the law. We have to follow the law. And the mayor indicated he’s aware of the law and he wanted it followed," said Budish.