The East Cleveland native left a lucrative career to pursue art full time. It's paid off in a big way, and now he's coming full circle. 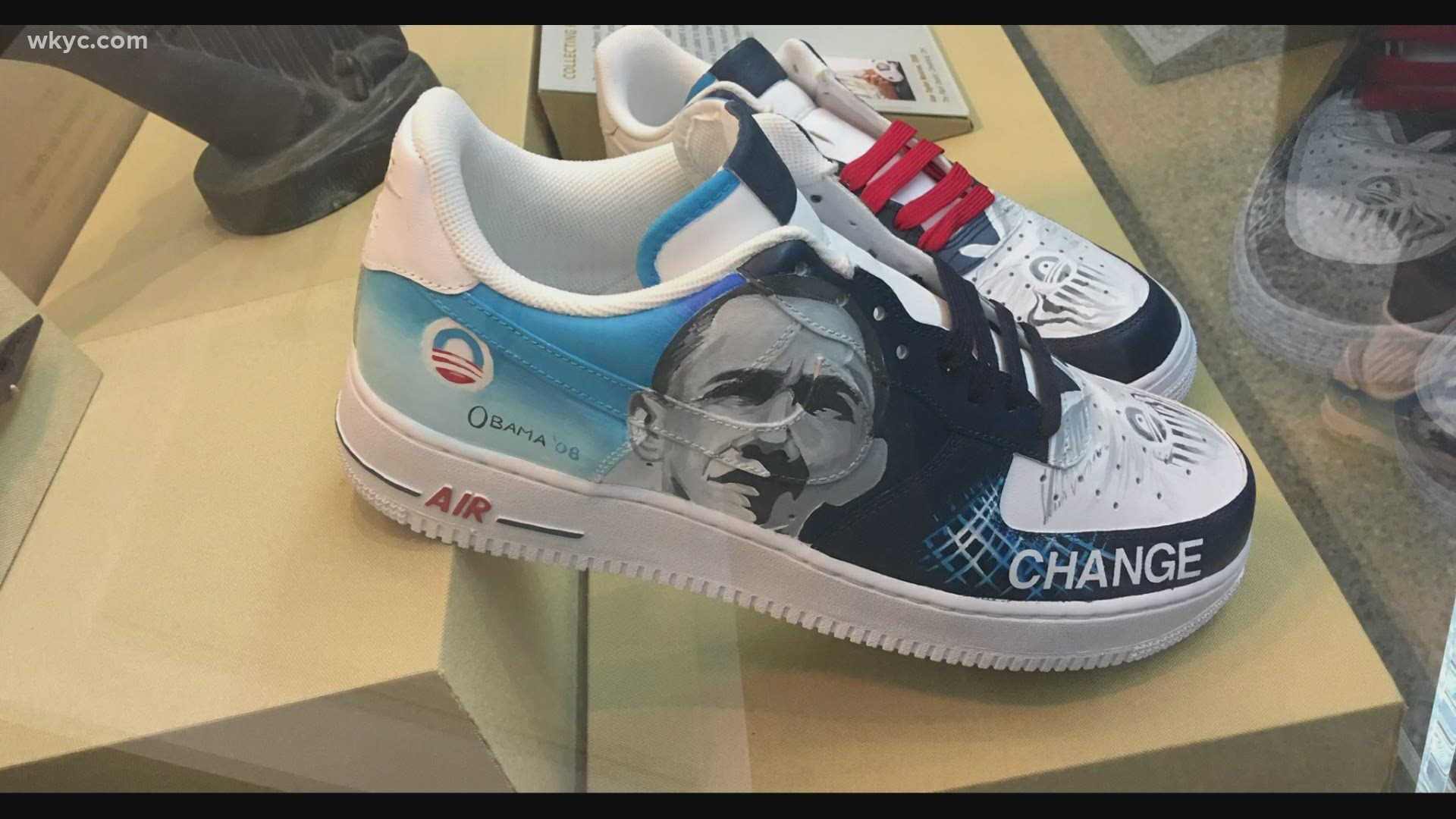 CLEVELAND — East Cleveland native Van Taylor Monroe needed a life change. He was in a comfortable career path, but it just wasn't enough.

"After I decided I was going to leave, I went and told my manager, the floor manager...he was the first person to look at me and say, 'wait a minute - you could make two hundred and fifty thousand dollars as an account executive'," Monroe recalls. "But I said, 'I didn't come here for your approval, I just came to tell you where I was, in case you looked in my cubicle and you didn't see [me]'."

After quitting his six-figure job, Monroe began to pursue his true passion; art.

"Rarely, or at all, did I see a black male artist, a professional, who would come into the classrooms, or even museums," he said. "So it was hard to see myself as that, but it was always in me."

So, he started to put his work out there. But as he puts it, no one cared.

"I started to feel like maybe I did make a mistake. Here I had this great education from Miami University, had this great job, and now I'm going to the grocery store with eight dollars in my pocket that's got to last the whole week."

But little did Van know, a seemingly simple passion project was about to change his trajectory.

In 2008, Monroe says he came close to being evicted. But everything changed when he had a vision - a shoe inspired by then-Senator Barack Obama.

"That night I saw the Obama show. I woke up the next morning and I painted that shoe. Put it on MySpace, kind of just left it, and I came back and realized it went viral on the internet, before we even knew what viral was."

And just like that, Van's life switched. Interviews; recognition; and a whole slew of celebrities reaching out for custom orders. He made shoes for everyone from P. Diddy to Fat Joe to Will.I.Am.

"After that The Smithsonian Museum contacted me," Monroe recalls. They wanted to put those Obama shoes in the new National Museum of African-American History.

With the Obama Shoe now in the Smithsonian, and President Obama reaching out for 2 personal pairs, Van continued custom orders from that Administration, all the way to VP elect Kamala Harris.

But Van’s most personal customer just happens to be one of the greatest filmmakers of all time.

"Spike [Lee] has been the person who supported me the most throughout my career."

Monroe has also created his own branding and advertising company called VTM Creative, and today, he is also the Beachwood Middle School art teacher.

"It's too often that we leave communities and not replenish them once we make it to a certain status. To have this opportunity is one of the best decisions that I've ever made."